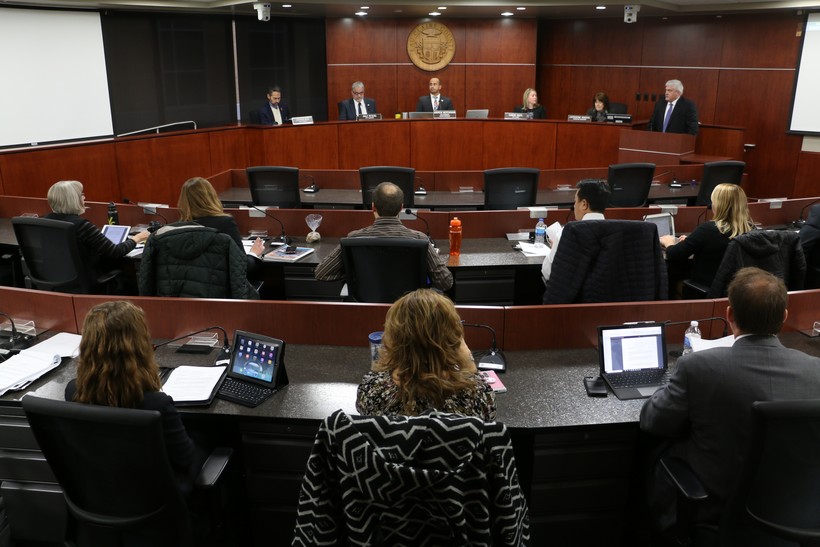 Resolution A Response To 2017 Fight Over Member Wanting To Breastfeed Son At Council Seat
By Rich Kremer
Share:

The Eau Claire City Council has overturned a rule that effectively banned a councilwoman from breastfeeding at her seat during meetings.

While state statute says a mother may breastfeed in any public or private location where both are authorized to be, the council has legal authority to set its own rules of order and decorum. This April, four council members who voted for the ban lost their re-election bids.

Councilwoman Jill Christopherson, who ousted an incumbent this year, co-authored Tuesday’s resolution allowing members to sit with their children during official business. She said it is aimed at making it easier for residents who may have children or be caring for dependent family members while serving in government.

"Through all of this anticipated change, we as a body want to maintain a hospitable atmosphere for the community to work together," said Christopherson. "We may want to believe that we can eliminate whatever would obstruct our work but I don’t think that would be realistic."

Emmanuelle, who hinted at possible legal action against the council last year, said overturning the ban on children would open the door to a more diverse group of citizens to get involved in policymaking.

"I can support this policy because it helps us to build a culture for ordinary citizens to find meaning and a love for their community through inclusive and accessible public engagement," said Emanuelle.

Councilman Terry Weld, who supported the original ban, voted against overturning it. He said the council faces important decisions that demand their full attention.

"The residents that have elected you and I expect the very same thing … 100 percent of our attention and effort to serve the residents of this city," said Weld. "I just don’t think that’s possible with children intertwined among us while conducting the city’s business."

Councilman David Strobel also voted against overturning the ban and supported the original measure to keep kids in the public gallery during meetings. He said he was surprised that the new council members’ resolution didn’t reference breastfeeding at all. Strobel said that would have been simpler than allowing extended family and members of the public on the dais as well as children.

"That seems to me that that would have addressed the elephant in the room, as it were, and the way it is now, I can't support this. I don't think it's a good idea," said Strobel.

Tuesday’s resolution also directed the Eau Claire city manager to look for other policies aimed at making it easier for residents to serve on the council or in committees.