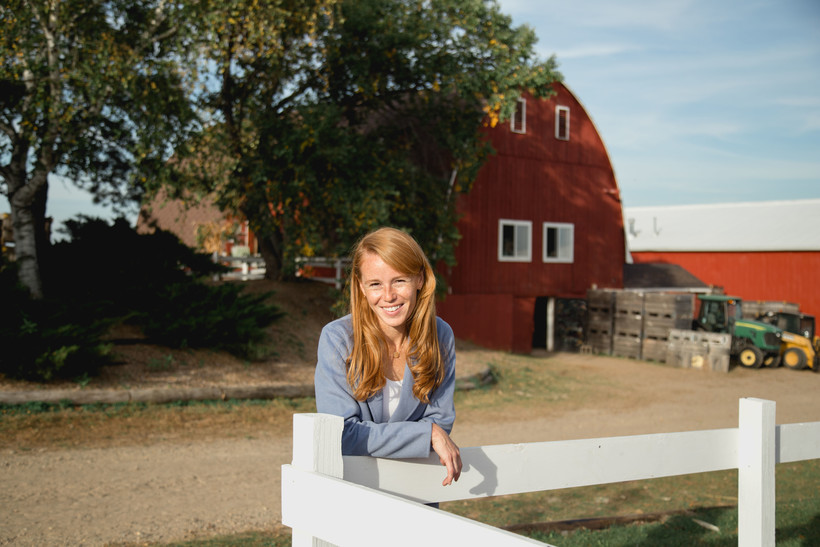 Cooke says her experience owning a business, growing up on a dairy farm make her the best candidate to succeed retiring Democratic Rep. Ron Kind
By The Associated Press and WPR Staff
Share:

Cooke is secretary of Wisconsin Economic Development Corp., the state's economic development agency board. She was appointed by Democratic Gov. Tony Evers in 2019.

She also owns a home goods store in Eau Claire and founded a non-profit grant program for women entrepreneurs in western Wisconsin.

While she has managed finances for political campaigns in the past, this is the first time Cooke has run for public office. But Cooke said she doesn't think that's a disadvantage in what is expected to be the state's most-watched congressional race in 2022.

"One thing we don't need in Washington is more career politicians. We need members who look like America, who live in rural areas, who are farmers and small business owners and not millionaires and billionaires," Cooke said. "I don't think there is a specific qualification you need to have in order to be a public servant and I think more people should come off of real life jobs and experiences to do things like this."

Cooke said she wanted to run for public office because she is "a doer" and she hopes to take the values she learned while growing up on a dairy farm in western Wisconsin to Congress.

She plans to focus her campaign on the cost of health care, the economy, investing in infrastructure, and addressing education and broadband access.

Cooke joins state Sen. Brad Pfaff, of Onalaska, and U.S. Navy veteran Brett Knudsen on the Democratic side of the race, setting up an Aug. 9 primary. Republican Derrick Van Orden, who was narrowly defeated by Kind in 2020, is running again and has support from Republican House leadership.

Since Kind announced he wouldn't be seeking reelection after holding the seat for more than 25 years, the 3rd Congressional District is seen as the state's most politically competitive district.

"He is what I would consider a career politician. I grew up on a dairy farm and I know what it feels like to have to sell all of your cows because of the price of milk. I run my own small business and I know the strain that it can be in a pandemic to make payroll and to pay rent. I’ve felt that," Cooke said.

If elected, Cooke would be the first woman to represent the district