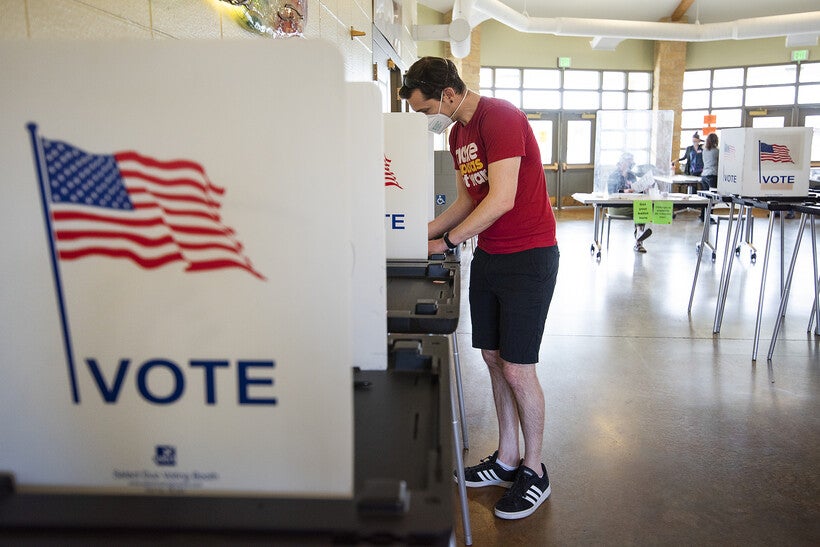 In-person absentee voting for the upcoming partisan primary election started this week and will go through Aug. 7, two days before election day.

The early in-person voting process was not affected by the recent state Supreme Court’s decision banning of drop boxes. But local officials are aiming to make the process simple and accessible amid confusion over the recent court decisions on voting issues.

"We really want people to have confidence in the electoral process," said Madison Mayor Satya Rhodes-Conway.

She said there are 32 early in-person voting sites across the city, ranging from libraries to community centers.

"Certainly in Madison, and I hope in most places, it is easy and safe to vote," Rhodes-Conway said. "Your ballot is secure and our local clerks and poll workers are doing a great job administering our elections."

In addition to bringing absentee ballots to early in-person voting sites, people can also bring them to polling places on election day, Aug. 9, or mail them to designated locations by Aug. 2.

Early in-person and mail voting have steadily increased since the 2000s, while the number of people voting on election day has gradually decreased, according to data from presidential and midterm elections since 1992. Reporting from FiveThirtyEight also shows that Wisconsin’s number of mail-in votes increased by 50 percent in the 2020 election, compared to the 2016 election.

Lori Stottler, city clerk-treasurer for the City of Janesville, said in April 2020 at the start of the COVID-19 pandemic, nearly 11,000 Janesville residents voted absentee. That was up from less than 2,400 four years earlier. The number of absentee voters in the city has decreased at elections since then, but Stottler said close to 5,000 absentee ballots have been issued for the Aug. 9 election and about half of them have been returned for counting.

For partisan primary elections, Stottler said absentee voters need to make sure they only vote for one political party. Local clerks and poll workers are also no longer able to complete addresses on absentee ballots, so Stottler said voters and witnesses should verify they have written their street, city and zip code on the ballot before it is mailed.

"It's imperative voters adhere to the instructions we gave them," Stottler said.

People can still register to vote and participate in the upcoming primary by going to an early in-person voting site or a polling location on election day and providing proof of residency.

Because some candidates have dropped out of primary races as election day approaches, some people who have already turned in absentee ballots may want to change their votes. Absentee voters can "spoil" their ballots and request new ballots, but must meet specific deadlines.