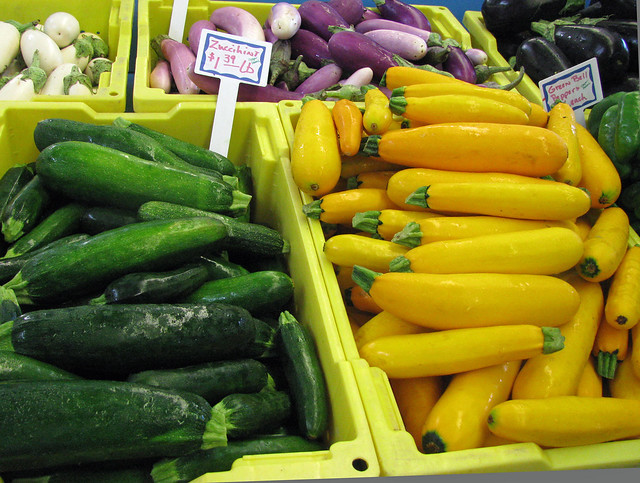 Drowning In Zucchini? A Few Ideas To Help You Through The Season

From Pasta To Meat Or Something Sweet, Zucchini Is A Blank Canvas For Whatever You Want To Make
By Mary Kate McCoy
Share:

At the end of summer when the farmers market stands are piled high with some of the best produce the season has to offer, one vegetable appears to be king.

The zucchini. It’s everywhere. There are mountains of it.

But after you’ve had your fill of zucchini bread or sauteed zucchini in pasta, what do you do with the, dare we say, boring vegetable?

Yet Amanda Shapiro, editor of "Healthyish" from Bon Appétit, says the vegetable's blandness is what makes it great.

"Summer squash and zucchini are some of the most exciting and fun vegetables to cook with because there's just so much you can do with them," she said.

From pasta to meat or something sweet, the vegetable is nutritious and essentially a blank canvas for whatever you want to make, Shapiro said.

It can be as simple or as complex as you want, she said. And if you’re low on time, Shapiro’s favorite thing to do is to grill zucchini or summer squash with olive oil, salt and pepper, then marinate it after grilling.

Salting the zucchini before grilling is key to pulling excess moisture out, she said.

You can let the zucchini sit in the marinade for as little as 15 minutes or as long as an hour. The longer you let it sit, the more flavorful and juicy the mixture will get, without crossing over to mushy or watery, she said.

"You take it off and then you add this really flavorful kind of tangy, acidic sauce to it and let it sit and soak up all of those good juices and sauce once it's already cooked," she said. "So you're basically getting all the water out and then letting ... all of those flavorful juices come back in."

Another perk of being a fairly lackluster vegetable is that it takes to nearly every style of cooking and spice, Shapiro said.

The recipe calls for raw zucchini or summer squash — just be sure to slice it thin — along with a mix of vegetables such as cabbage, carrots and radishes, mixed with rice vinegar, lime juice, soy sauce and red pepper flakes for an extra kick.

"You're using ramen noodles or you could also just use regular spaghetti, whatever you can find in the store and it's super, super simple," she said. "It's so refreshing and it's a great way to eat pasta, but have it cold."

And if all else fails and you find yourself drowning in excess zucchini, there’s no shame in chopping or grating it for the less fruitful winter months, she said.

Food Friday: How To Use All Of That Zucchini 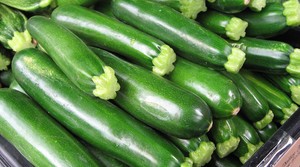 It's that time of the year when zucchini seemingly takes over the world. On this week's Food Friday, we talk about all the ways you can cook and prepare the squash.