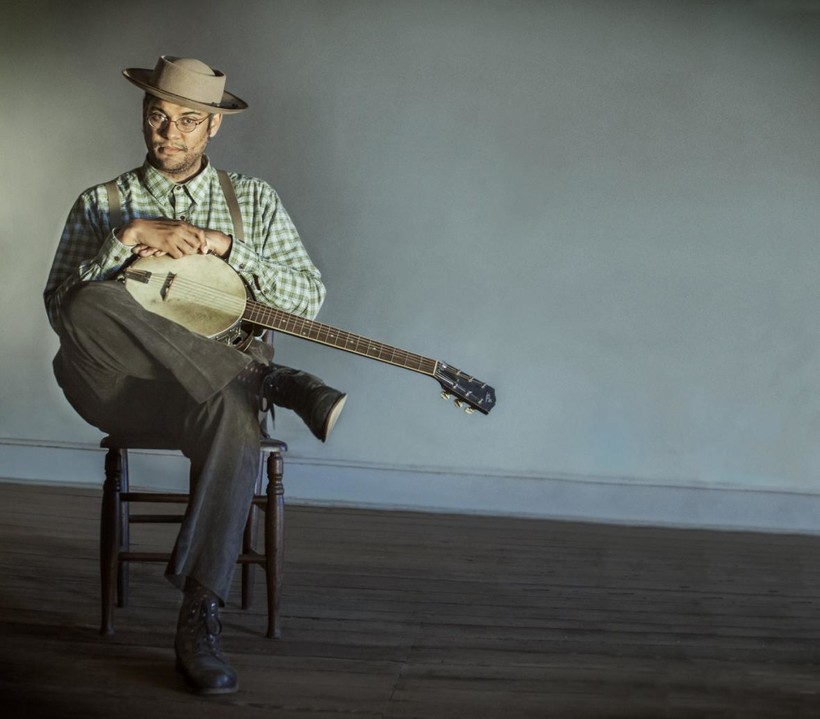 "I was fortunate, as this record was coming up, that I wrote some songs I could actually see myself perform," Flemons said during the festival performance.

"That’s a really a tricky thing with me in writing," he commented, "as I've gotten so undisciplined that ... I tend to just write songs and then I'm like, 'Oh I can’t do this song, though! It's in a genre that I just couldn't pull off.'"

The song appears on his 2014 album, "Prospect Hill," which came out in what Flemons described as "such an age of excess when it comes to music."

In describing the project, he added:

"I made it 39 minutes to the dot. And I tried to make it really concise and quick so you didn't have to think hard about listening to the whole thing because I feel like there's just so many albums. It's so deep and we're in such a deep and heavy time. It's just kind of one of these things, like, music just boom, makes you happy or takes you in an emotional place for a minute and then you just move on."

Flemons’ Sugar Maple performance of "San Francisco Baby" is Simply Folk's May "Download of the Month," and it appears on the show's 40th anniversary CD sampler, published this year.

Also part of the 40th anniversary celebration is the Simply Folk Shindig on June 7 in Madison. Flemons will be sharing music from his latest CD, "Black Cowboys," during that concert. The recording was nominated for this year’s Grammy award for best folk album, and you can hear Flemons along with fellow 2019 Grammy-nominee Mary Gauthier at the shindig.

Tickets and more information on the evening can be found at wpr.org/presents.