Celebrate 40 years of Wisconsin Public Radio’s “Simply Folk” with two 2019 Grammy Nominees live in concert on Friday, June 7 at Shannon Hall in Madison. Dom Flemons, co-founder of the Carolina Chocolate Drops, headlines with Mary Gauthier, an award-winning singer-songwriter whose work has been covered by Blake Shelton, Bettye LeVette, Jimmy Buffet and others. Local favorites Cris Plata and Extra Hot open the show with their exciting mix of country folk and Mexican roots music. Doors for the concert will open at 7pm and the show will begin at 7:30pm.

Don't miss this chance to see two of contemporary folk music's most lauded musicians. Both Flemons and Gauthier have been frequent guests on NPR, including NPR's Tiny Desk Concerts, Fresh Air with Terry Gross and World Cafe. Their recorded works have been praised by The New York Times, Rolling Stone, Billboard and the Americana Music Association.

VIP tickets also include invitation to a pre-show meet and greet reception hosted by “Simply Folk” host Dan Robinson including both Dom, Mary, Cris and other guests, plus a copy of The Simply Folk Live 40th Anniversary Collection on CD.

Singer Mary Gauthier (https://www.marygauthier.com) joins Flemons. Gauthier is known for her powerful ballads. She won this year’s International Artist of the Year from AmericanaFest in the U.K. Her Grammy-nominated album “Rifles and Rosary Beads” weaves stories of war veterans into heartbreaking songs. “My job as a songwriter,” Gauthier says, “is to find that thing a soul needs to say.”

Madison favorite Cris Plata (https://crisplata.com/) and Extra Hot opens. Plata’s music is based in Tex-Mex, and has been riveting Madison audiences for years.

Thanks to our sponsors: 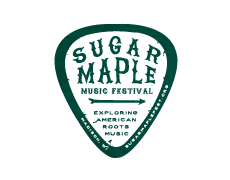