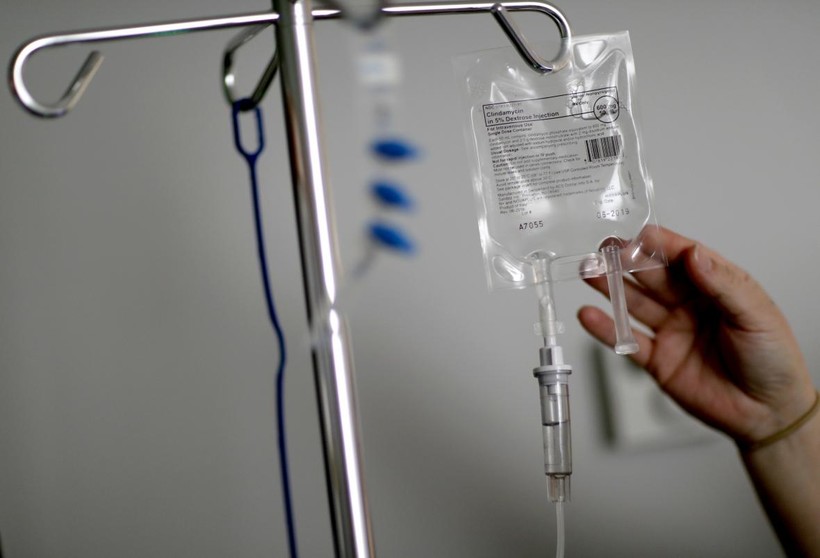 Doctor's Dilemma: Determining If Patients Are Sick From Flu Or Vaping

The ongoing investigation into apparent lung disease cases related to e-cigarette and vaping devices shows nearly half the samples tested so far which contained THC also had Vitamin E acetate.

But federal officials can't yet point to a single cause or product that is believed to have killed 26 people and sickened 1,299 in states across the country except for Alaska. Seventy-three of those cases are from Wisconsin.

New guidelines urge doctors to have a followup visit a week after discharging patients treated with lung injury and to suggest that patients quit using e-cigarettes and vaping devices. Some patients had to be readmitted to the hospital after their release and doctors are concerned about their conditions worsening if they continue to vape.

The upcoming flu season complicates the situation for doctors who will have to determine whether people with respiratory problems are infected with a flu bug or have symptoms related to vaping. Federal health officials want doctors to ask patients coming in with stomach distress or difficulty breathing whether they use e-cigarettes.

Many states are seeing a rise in calls to quit smoking help lines as the oubreak linked to vaping grows. But that doesn't appear to be happening in Wisconsin, where the outbreak was first detected by doctors at the Medical College of Wisconsin in July.

The Wisconsin Tobacco Quit Line mainly fields calls from tobacco users. Only 17 percent of callers use e-cigarettes and officials don't keep track of why they want to quit.

"People may not be making the connection that e-cigarette users can also call the quit line," speculated Kate Kobinsky who manages the Wisconsin Tobacco Quit Line.

Federal health officials say the median age of those who died from injuries related to vaping was 49. The youngest was 17 and the oldest 75.