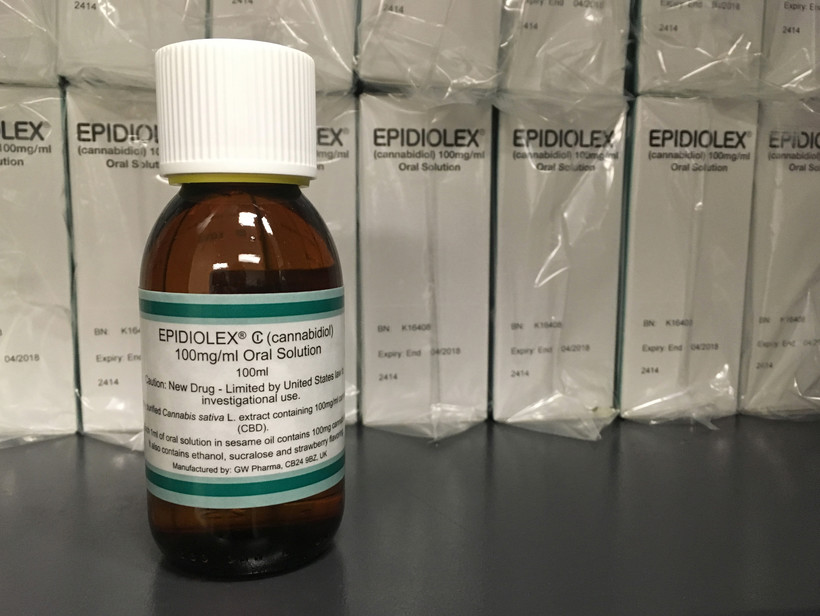 This May 23, 2017 photo shows GW Pharmaceuticals’ Epidiolex, a medicine made from the marijuana plant but without THC. On Thursday, April 19, 2018, a panel of Food and Drug Administration health advisers recommended approval of the drug, moving the closely watched medication closer to the U.S. market. Kathy Young/AP Photo

Doctor: People Should Consult Their Physician Before Using CBD

A Mayo Clinic doctor says it’s important that patients have a discussion with their physician before consuming cannabidiol, or CBD, products.

"I think we have more questions than answers at this point, simply because we’re constrained to evaluate a product not based on anecdotes but on the good clinical research," said Dr. Brent Bauer, director of the Mayo Clinic Complementary and Integrative Medicine Program in Rochester, Minnesota.

"Most of us from a medical side would like to see our patients bring those questions to us first so they don’t get themselves into trouble," he said. "We do know that CBD products can interfere with other medications, and with higher doses we are seeing a number of reports of liver irritation or liver damage."

"It’s not to say that CBD doesn’t hold great promise," he continued, "but there needs to be a little cautionary tap on the brakes before everybody just tries it willy-nilly, because I think we are seeing a few patients get in trouble with that kind of approach."

Since the 2018 Farm Bill made CBD legal under federal law, many Wisconsin retailers have started selling CBD products. There has also been a rise the number of CBD-only stores. But the U.S. Food and Drug Administration is still deciding how to regulate CBD products.

"You’re seeing a lot of people use it for all kinds of stuff, especially anxiety, pain, depression, inflammation," said Tim Murphy, the owner of Kickapoo Kind, a CBD shop in Viroqua.

Murphy said he’s known of the potential medical benefits of cannabis and CBD for years, but it’s a family story that convinced him of the benefits.

"I started treating my dad for Parkinson’s disease with CBD about seven years ago," he said. "There was just nothing that was helping him. I started buying it at that point and started giving it to him and it really was doing a lot of good."

Murphy has already moved to a bigger retail space to accommodate his customers.

"I have people that come from all over," he said. "They find out about our shop and they’re like, 'I want to purchase CBD from this guy, or I like the products that they’re selling, or they have a better price than everybody else.'"

Bauer said while CBD is promising, there isn't much medical proof of its effectiveness.

"There’s a number of trials that have recently started all asking different questions about CBD. In addition to pain, anxiety, sleep, there is a lot of interest on whether it could have a role in helping to deal with the opioid epidemic, either as a way to help people get off opioids or maybe as a replacement for opioids in the first place," he said. "Unfortunately, research takes time. I think the medical community is looking at this with cautious interest, still wanting to make sure people don’t forget anything strong enough to help you can also hurt you."

In June 2018, the FDA approved Epidiolex, the first CBD drug prescribed to treat epilepsy in children.

"We have a drug form of CBD and we have some information from that, that at least touches on some of the concerns about side effects that I think probably are getting a little bit left out of the discussion as people are kind of trying things on their own," Bauer said.

Even though he would like to see CBD products go through more stringent medical trials, Bauer said at this point CBD might be better classified as a dietary supplement than a drug.

"I like the idea of our populace having access to those things that don’t have to go through the rigorous process of becoming a drug, with all the associated costs and regulations, so I’m very much in favor of having access to these things, but what I need though as a physician is to make sure I have all the information I need so patients can make informed decisions," he said. "And that just means that we really need larger trials (with) hundreds if not thousands of patients."