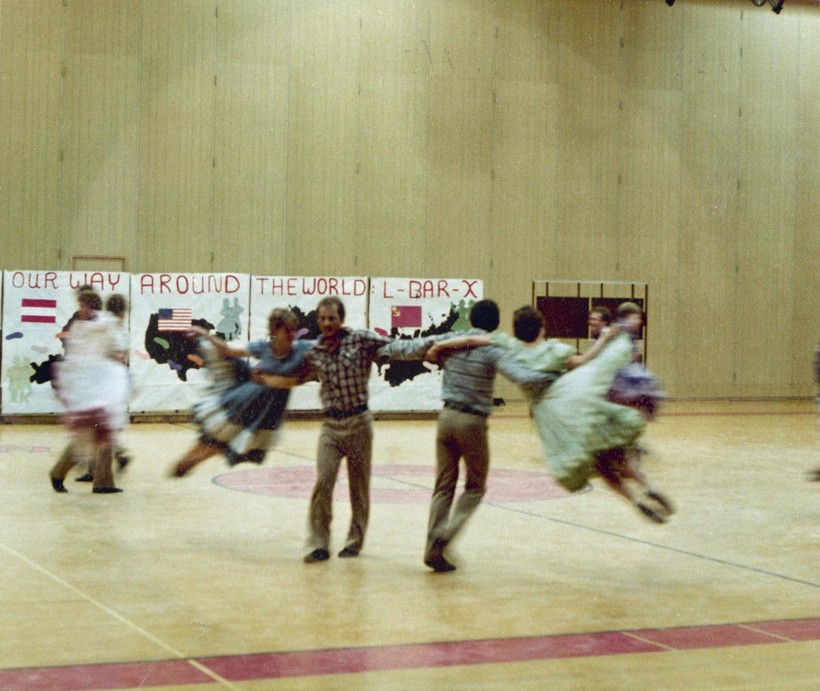 Vintage Wisconsin: A Look Back At An American Tradition In Honor Of International Square Dancing Month
By Erika Janik
Share:

Members of the L-Bar-X dancers really, really swing their partners in the above image of a 1982 performance in La Crosse. The noncompetitive dance group performed square dancing and other folk dances for years.

September is International Square Dancing Month. It’s a dance with a long history.

Square dancing traces its roots back to several European folk dances from England, France, Scotland, Scandinavia and Spain. Europeans brought their folk dance traditions with them to the American colonies. French styles became particularly popular during and after the American Revolution, when many Americans snubbed all things British.

As a result, a number of dance terms used in modern square dancing have French origins, including "promenade," "allemande," and "do-si-do" — an Anglicization of "dos-a-dos," meaning "back-to-back." Unlike other folk dances, dancers also began relying on callers to provide cues rather than memorizing each step. Square dance calling became a kind of art.

The popularity of partner dances like waltzes and polkas led to a decline in square dancing in urban areas in the early 20th century. Henry Ford did his best to promote square dancing in the 1920s, urging his workers to dance. He also encouraged schools to teach square dancing to students, believing it an excellent form of exercise and way for children to learn manners. Ford hired a dancing master to develop a national square dancing curriculum, and school boards across the country adopted the program. (Now you know who to blame for your gym class misery.)

Square dancing has declined in popularity in recent decades, despite active efforts to promote and revive the dance nationwide. Nevertheless, square dance clubs continue to host dances across Wisconsin.