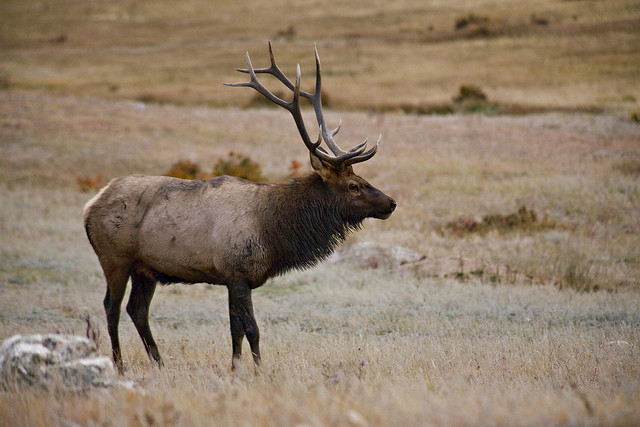 The Wisconsin Department of Natural Resources is proposing a change to its rule guiding elk hunts in the state. The change would allow the state to decide when a hunt could occur regardless of the animal's numbers.

The state reintroduced 25 elk near Clam Lake in northern Wisconsin just over two decades ago. The herd’s population has since grown to around 180 elk as the state has reintroduced animals to herds in both Clam Lake and Black River Falls. There are about 60 elk in the Jackson County herd.

Kevin Wallenfang, deer and elk ecologist with the DNR, said the state set limits on when they felt Wisconsin’s two elk herds would be ready for an organized hunt.

"In northern Wisconsin, that number was set at 200, and in the Black River Falls area it was set at 150," he said.

Wallenfang said current rules allow the agency to issue hunting permits for 5 percent of the population once the herds reach that threshold.

"What we’re trying to do with the rule is just remove those arbitrary requirements, which will allow us to set permit levels based on what we think at the time the population could actually handle," he said.

If the change is approved, Wallenfang said they would consider a number of factors when deciding whether to hold a hunt, including age, sex, number of bulls and location of the animals.

Wallenfang said they're not planning to hold a hunt in Jackson County anytime soon since they reintroduced the herd in recent years with elk from Kentucky. However, he said they hope to hold an elk hunt near Clam Lake in the near future.

"We want to continue to have that population increase. That’s why we’re bringing these animals in and when a hunt does finally occur — hopefully in the next couple years — we would want to make sure that we’re protecting those new animals that we’re bringing in," he said.

Wallenfang said they hope this coming winter will be the last year they bring in elk from Kentucky to the Clam Lake herd. So far, the state has reintroduced 73 elk to the Black River Falls area and added 31 elk to the Clam Lake herd for the first time last year since the original introduction. The severe winter in 2014 slowed growth of the herds, as well as bear and wolf attacks.

The Natural Resources Board will take up whether to hold a public hearing on the proposed rule change later this month.