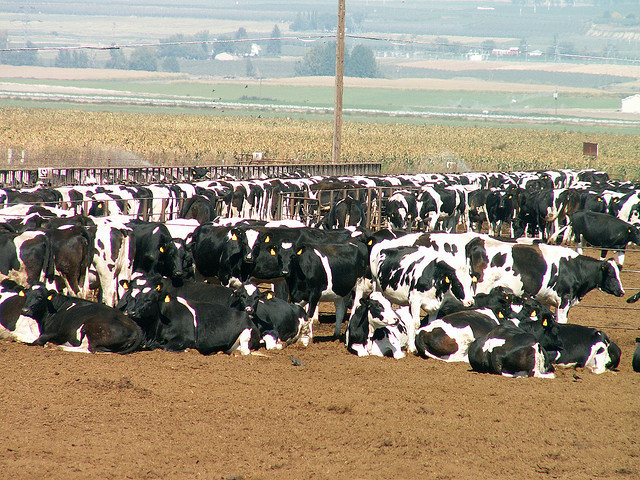 The Department of Natural Resources says it's investigating a large manure spill in St. Croix County that happened in December but wasn't reported until March 29.

The DNR reported Wednesday the spill occurred at the Emerald Sky Dairy in the Town of Emerald, which is currently permitted to have around 1,700 cows.

A statement from DNR Spokesman Andrew Savagian said the agency is still investigating.

The manure spill in St. Croix County was first reported publicly by the advocacy group Emerald Clean Water for All.

The group's public relations coordinator Kim Dupre said the spill amounted to "tens of thousands of gallons of manure water" that had not been reported to the DNR until after county officials urged staff to do so.

"Well, that makes the residents here, including myself feel very disrespected that our public health and safety are not important enough to report a massive spill like that," Dupre said. "I understand accidents happen but when public health is at risk and no one is notified so that we can respond to it appropriately and timely and government entities can respond appropriately and timely that is unacceptable behavior."

Todd Tuls of Nebraska is named as Emerald Sky Dairy’s Operator. He said that heavy snow cover in December hid the manure spill from staff at the farm and they’ve been working with the DNR and contractors to clean it up.

He said all of the manure was contained onsite in a wetland and a secondary holding pond area. Tuls said his company bought Emerald Sky in March 2016 and has been making repairs and improvements since.

Emerald Sky Dairy has been seeking a permit to expand its operations since March of 2016.

The plan is to grow the dairy to 5,860 milking cows and 3,000 calves. The DNR is reviewing the permit application. Emerald Sky Diary received a notice of noncompliance for improperly spreading manure on farm fields.