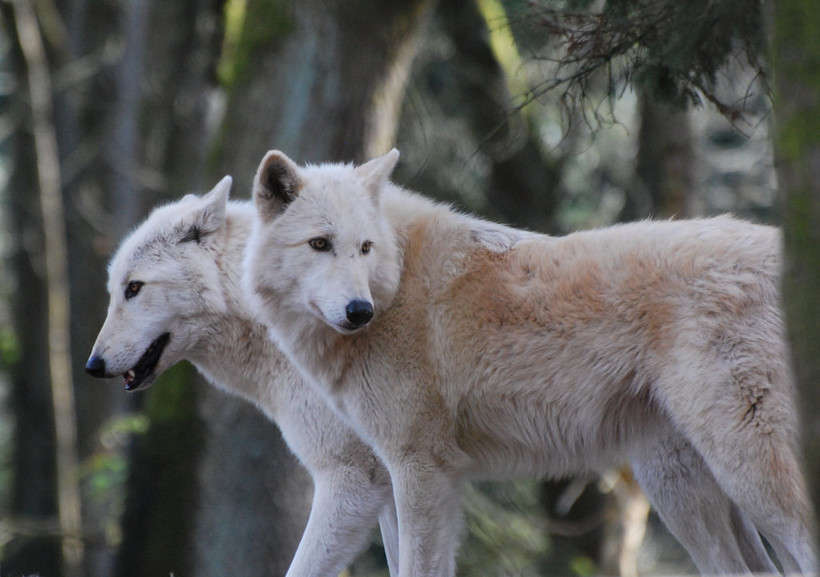 The DNR cited high mortality rates as one reason why the wolf hunt quota was down this year. Photo: Laura Kali (CC-BY-NC-SA).

The Department of Natural Resources Board has passed a hunting and trapping limit of 156 wolves for this fall at a Wednesday meeting in Milwaukee.

DNR staff recommended the number, which is about 100 wolves fewer than last year's quota. The board approved that recommendation after hearing two hours of testimony from the public.

DNR Secretary Cathy Stepp said the recommendation was based on good science.

“We feel it is or else we wouldn't be bringing it forward,” she said. “We’ve got a good team of folks who have been working on this.”

The DNR said the recommended kill total was lower because of several factors, including overall wolf mortality rates over the last two years and what the agency calls its “early and somewhat limited understanding” of how the wolf harvest affects the state's wolf population. The staffers said that factoring in new wolf pups born this year, the proposed quota would bring down Wisconsin’s estimated wolf population of nearly 700 by more than 10 percent.

Stepp said one thing not affecting the more moderate wolf kill proposal is election year politics from the Walker administration.

“Election year has absolutely nothing to do with our decisions,” she said. “We really base it on the science that our team puts forward, and then balancing that with the social and economic impacts it can have as well.”

Even some groups that oppose the wolf hunt are OK with the new quota. Melissa Tedrowe, the Wisconsin director of the Humane Society of the United States, said it's an improvement over last year’s quota.

“Given that the board could have chosen to go much higher than 156, we’re pleased that they stayed steady with the number recommended to them,” said Tedrowe. “We do hope in the future that they’ll take even more caution with the hunt.”

Some hunting groups that wanted this year's wolf kill quota to be closer to last year’s were not as satisfied. Mike Brust, who heads the Wisconsin Bowhunters Association, said if the state would get closer to the current management goal of 350 wolves, some people in the north would be happier.

“You might want to talk to some of the cattle growers up north – people who are afraid to walk their dogs,” said Brust.

Lawyers for conservation groups and others who wanted the DNR Board to take a stand against the continued use of dogs in the wolf hunt were also displeased with the decision. Attorney Robert Habush said he's now hoping for a state appeals court ruling blocking dog use.

“Wisconsin, if it was a person, should be embarrassed that we’re the only state in the country that allows dogs to hunt wolves,” said Habush.

The wolf hunt is expected to start this fall.

Editor's Note: This article is an updated version of a story that was first broadcasted before the Wednesday DNR Board meeting occurred. The story will continue to be updated as new information is learned.