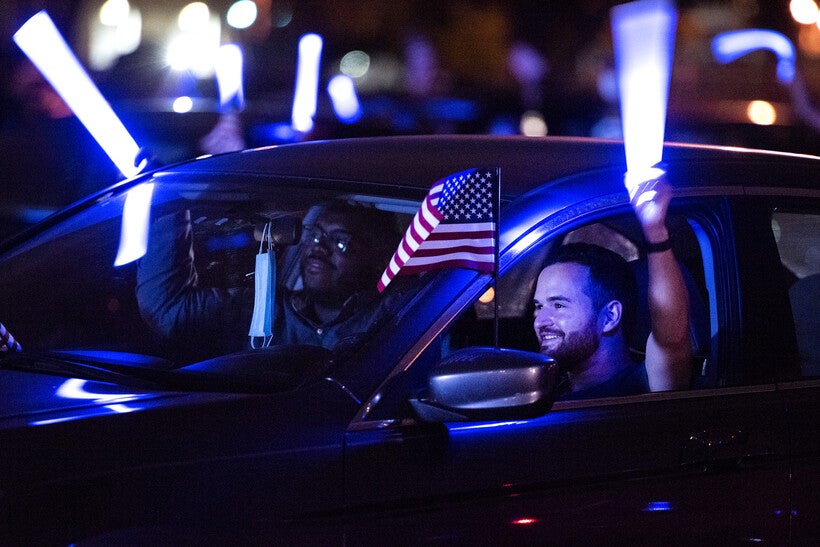 Matt Feinberg of Franklin, Wis., watches the final day of the DNC from his car Thursday, Aug. 20, 2020, at the Milwaukee County Zoo. Angela Major/WPR

On Thursday evening, as Vice President Joe Biden accepted his party’s nomination for president, thousands of people from around the country didn’t gather to watch in downtown Milwaukee as originally expected.

Instead, about 150 people sat in their cars drive-in movie theater-style at the Milwaukee County Zoo to celebrate with honks and flag-waving.

The Biden campaign held the watch party on the last night of the virtual Democratic National Convention. The event turned out to be the biggest in-person event during the convention in Milwaukee County, and a far cry from what Milwaukee had expected when the city won the bid to host the DNC in 2019.

Marlene Sukkert was among the Biden supporters, volunteers and activists who had received an invitation to the event. She had put on her "Nasty Woman" t-shirt and driven her maroon convertible decorated with American flags to the zoo to watch the convention with her friend Caroline Slatter.

"This is awesome. It's an opportunity to just be with people who just have the same mindset, and I'm glad we're here," Sukkert said.

She added that she was very disappointed the majority of the convention was virtual.

"It was an opportunity of a lifetime, especially for me. I don't know how many more lifetimes I'll have to go to a convention, but you have to do what you have to do," she said.

State Rep. Greta Neubauer, D-Racine, was also present. She said she's grateful to Biden and Sen. Kamala Harris — Biden's chosen running mate — for prioritizing safety over their campaign. The Biden campaign has made a point of avoiding rallies and door-to-door campaigning during the COVID-19 pandemic.

Neubauer said Thursday's event gave everyone a chance to celebrate together.

"I wanted to be able to wave, even with masks on, to other friends, across the parking lot, to people who are as excited as I am about Joe Biden," Neubauer said. "We love the energy that we're seeing from folks from their kitchen tables at home, but it's great to see the energy here as well." 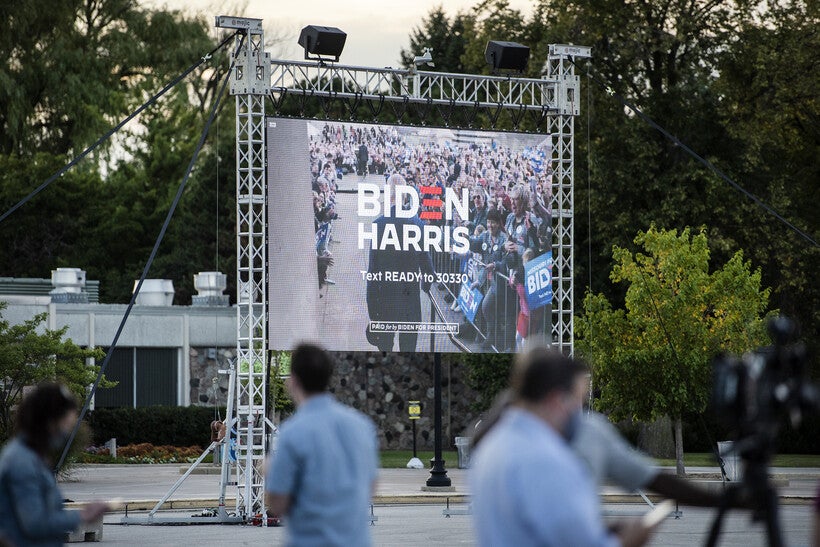 A video is played before the virtual DNC at a drive-in event Thursday, Aug. 20, 2020, at the Milwaukee County Zoo. Angela Major/WPR 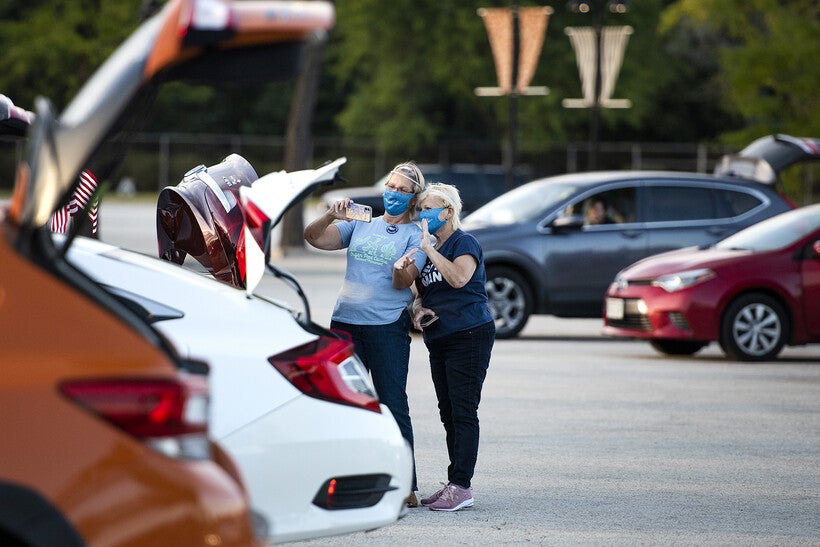 If it weren’t for the 8-foot metal barrier around the Wisconsin Center in downtown Milwaukee, visitors to the area would be unaware a national convention was taking place there. A handful of international journalists had visited the city early in the week to see if anything was happening, but left quickly.

The DNC’s economic impact in Milwaukee was $3 million, according to numbers released by VISIT Milwaukee Thursday, much less than the $200 million anticipated if the convention had gone on as planned.

The DNC generated $125,000 in local taxes, with 4,000 hotel rooms used, according to Kristin Settle, a VISIT spokeswoman.

On the other hand, Wilmington, Delaware, where Biden and Harris accepted their nominations, received an unexpected boost in activity. According to the Delaware News Journal, hotels and restaurants there are packed with journalists.

"There is no way to hide the disappointment," Bowen said. "You want that excitement to be in real time, in person. But we're going to be safe and there is no better contrast to how they have handled this pandemic to the Trump administration."

Bowen said he loved the campaign's idea to hold a watch party at the zoo.

"I love the spin of it," he said. "This symbolizes what we have to do in November. We have to find ways to connect with people where they are safely in a pandemic, and still make sure that we can connect to people in person in some capacity. So I look forward to this being a catalyst for other ways that we can reach out to the public."