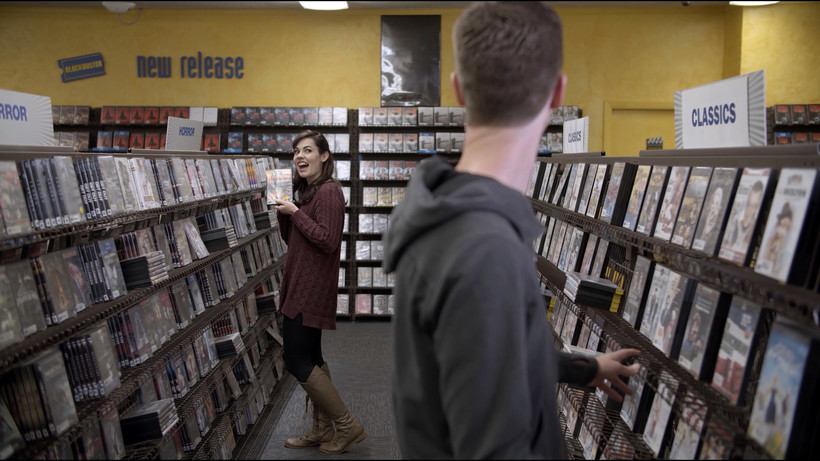 Did Streaming Kill The Video Store?

'The Last Blockbuster' Explores The Decline And Fall Of Video Stores
By Doug Gordon
Share:

Remember when you couldn’t watch movies streaming directly into the comfort of your own home? When you actually had to make a real effort to watch the latest hit movies by heading to your local video store and renting a movie?

Maybe you supported your local independent video store. But chances are pretty good that sometimes you had to make it a Blockbuster night.

You may think that Blockbuster Video went out of business years ago. And you’d be right; it was 2010 to be exact. But there is still one remaining Blockbuster Video store in Bend, Oregon. Director Taylor Morden and writer/producer Zeke Kamm joined forces to create the documentary, "The Last Blockbuster."

Morden moved back to Oregon from the East Coast in 2016. He moved to the city of Bend. As he kept driving around the area, he kept seeing the big blue and yellow iconic Blockbuster Video sign. He knew that Blockbuster had gone out of business, so he just assumed it was an empty store. But then one day, he decided to stop and check out the remains of the store.

"And much to my shock and amazement, it was a fully functional, fully operational battle station," Morden told WPR's "BETA." "You walk in and it was like no one had told them that Blockbuster went out of business. It looked the same, it felt the same, it smelled the same — just like I remember it. It was like going through a time warp back to 1999. The first thing that popped into my head as a filmmaker was, 'Oh, my God, what is going on here? How are they still in business? Who is still renting DVDs in 2016?'"

The first Blockbuster store opened in Dallas, Texas, in 1985 and other locations soon followed. The company was able to expand fairly quickly because they had some advanced software that allowed them to use computers while other stores were still checking out videos manually.

In 1998, Blockbuster Video negotiated revenue-sharing agreements with major movie studios which further fueled the company's growth. This allowed Blockbuster to buy multiple copies of movie videos for very little money and split the profits with the studios.

"So Blockbuster could get 100 copies of 'The Matrix' and they weren't paying $150 each. They were paying $1 each," Morden explained. This gave the company a huge advantage over the independent mom-and-pop video stores.

The star of the documentary is Sandi Harding, the manager of the last Blockbuster Video store. "She's just the greatest lady," Kamm said. "If you didn't fall in love with her watching the film, then we failed." 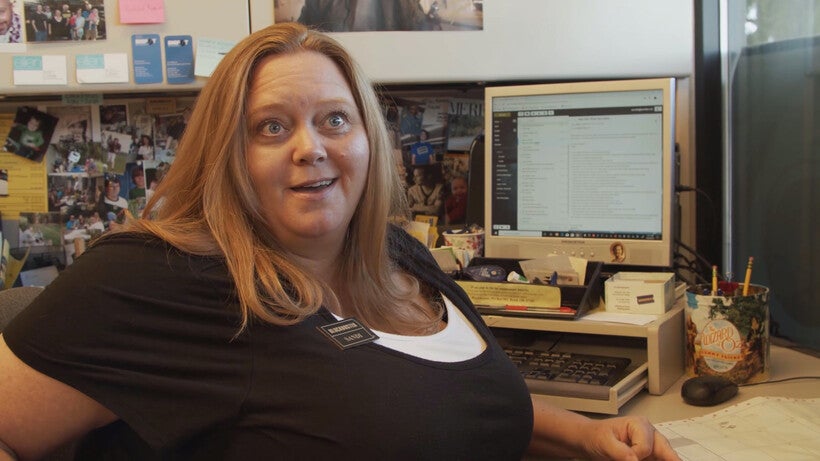 "She's just so nice, so caring, so thoughtful. We finished shooting and we were trying to find a distributor, and we didn't know if it was going to happen because all the film festivals were closing because of COVID. And she said to both of us, 'If you guys need work, you can always work here at the store.'"

One of the big moments in Blockbuster's history occurred in 1994 when Sumner Redstone, the executive chairman of the mass media company Viacom, bought Blockbuster for $8.4 billion.

At first, this deal helped Blockbuster expand, Kamm said. "But (Redstone) decided to use it as an ATM machine and started leveraging against it kind of as a sacrificial cow. And ultimately, it put them in a very, very difficult position as a chain," he said.

In 2000, Blockbuster was experiencing stiff competition from Redbox, Netflix, on-demand movies and the DVR. Netflix managed to set up a meeting with the Blockbuster Video executives, Morden said. At that time, Netflix was a new startup with their idea of allowing customers to rent DVDs via the mail.

"We've got the startup company, and you guys have the infrastructure and the name Blockbuster," Morden explained. "Why don't you buy us out and we'll merge and we'll do DVDs by mail. And, you know, you can have all of Netflix at the time for $50 million, which was no money to Blockbuster."

"That would have been the best bargain in the history of entertainment," Morden said. "And then, Netflix went on to become Netflix and Blockbuster went on to, well, not become Netflix."

"To become our movie," Kamm added.

So, is it fair to say that streaming video killed the video store? Or is there more to it than that?

Kamm says that's definitely part of it. "But streaming didn't happen overnight and Blockbuster went out of business overnight," he said. "So I think when you look at those two, you realize what we realized when we started making the film, which is that's not what happened."

At the end of the film, there's a montage in which Morden and Kamm give each of the film's talking heads a VHS tape.

"Movies used to be an object, and this is what it felt like and sounded like," Morden said. "And there's weight to it, and we couldn't think of a better way to convey that. All those wheels would turn in their brains just like they did for us. They're struck immediately by the weight and the sound and the feel of it without fail. Every single person we handed it to was just like taken back 20 years instantly."