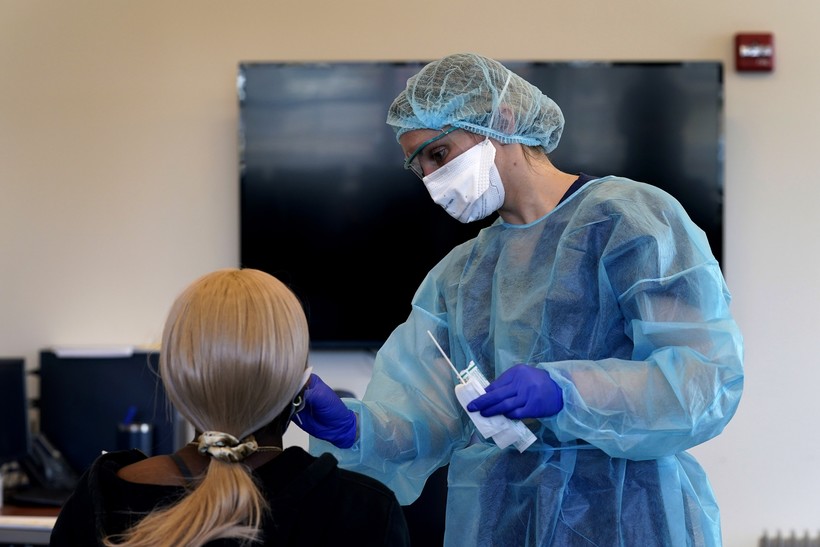 Wisconsin health officials have found a second case of a COVID-19 variant first detected in the United Kingdom.

The most recent case of the variant strain B.1.1.7 of SARS-CoV-2 was discovered Feb. 6 in a Waukesha County resident. The first case was detected in Eau Claire County last month. In a news release, the Wisconsin Department of Health Services said both were discovered through routine surveillance and genetic sequencing.

Those in contact with the person infected in Waukesha County have been contacted and instructed to isolate, say local health officials who are working with DHS to gather additional details to facilitate statewide monitoring.

"Ongoing research supports that the vaccines available in the United States appear to be effective against this variant," said Waukesha County Health Officer Benjamin Jones in a press release. "Our vaccination efforts, combined with continued vigilance from the public, are vital to stopping the spread of COVID-19 and its variants. First and foremost, everyone must continue to be vigilant and take mitigation efforts such as wearing masks, avoiding gatherings outside of their household, and washing their hands."

This is the first of three worrisome variants to show up in the United States, and the only one detected in Wisconsin so far. The other two variants are from Brazil and South Africa. Thirty-three states have confirmed cases of the B.1.1.7 variant strain, according to the Centers for Disease Control and Prevention.

"It is concerning that we have identified a second case of a variant that spreads more easily. We are able to sequence a small proportion of tests collected which means in reality, there are likely many more cases of this variant in Wisconsin," said Dr. Ryan Westergaard, Chief Medical Officer in the DHS Bureau of Communicable Diseases. "Wisconsinites must continue to be vigilant to stop the spread of COVID-19 by wearing masks, staying home, washing their hands, and getting vaccinated when they are able."

The Brazilian P. 1 variant has been found in Minnesota. Health officials there announced on Jan. 25, the patient was a resident of the Twin Cities area and traveled to Brazil. Likewise, Wisconsin’s first person to test positive for the UK variant had also traveled internationally.

Based on scientific studies, researchers believe the B.1.1.7 variant spreads more rapidly and easily than the original strain of the coronavirus. There is "emerging" evidence the B.1.1.7 strain may cause an increased risk of death, according to DHS.

It’s normal for viruses to mutate. Many are benign, and they give scientists a way to track how and where COVID-19 is spreading. But a mutation that allows the virus to spread more easily will lead to more positive cases of COVID-19, some of which will be severe.