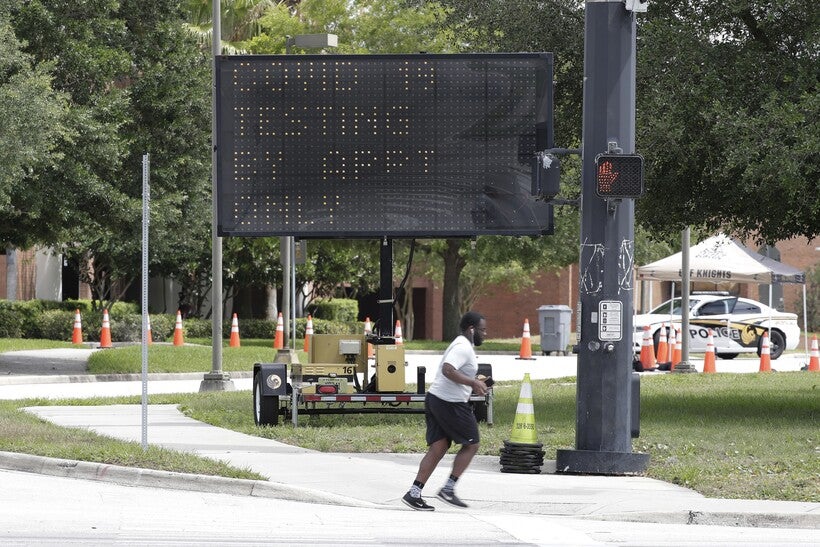 A jogger runs past the entrance to a coronavirus mobile testing facility at the University of Central Florida Monday, April 6, 2020, in Orlando, Fla. John Raoux/AP Photo

155 People Have Died From New Coronavirus In Wisconsin So Far
By WPR Staff
Share:

There are 3,428 positive cases of COVID-19 in Wisconsin, the state Department of Health Services announced Monday.

According to figures from DHS, 154 people in Wisconsin have died from COVID-19 as of Monday afternoon. That doesn't include one death in Door County, which the county announced earlier on Monday, bringing the statewide total to 155.

The number of positive test results increased by 87 from Sunday to Monday.

Across the state, 36,769 people have tested negative for the virus so far. From Sunday to Monday, the number of negative test results increased by 853.

The following counties have no confirmed cases as of Monday afternoon: Burnett, Forest, Langlade, Lincoln, Pepin, Taylor, Vernon and Washburn.