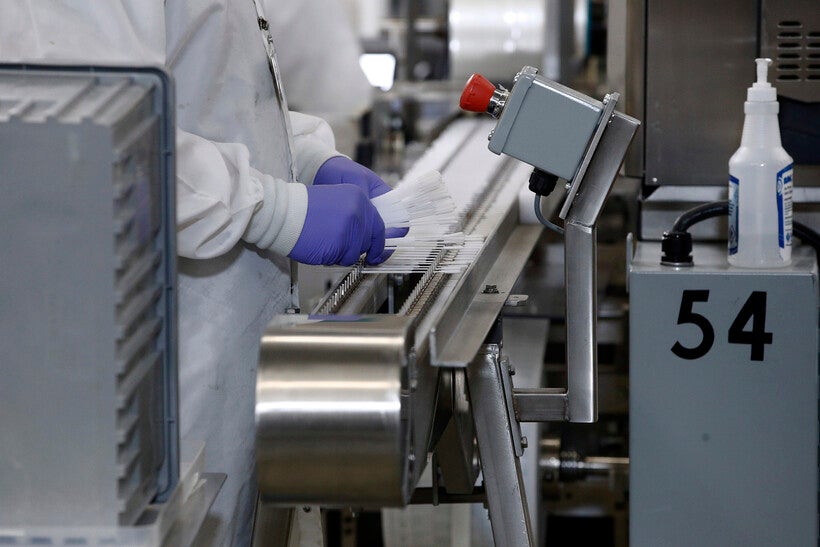 694 People In Wisconsin Have Died From COVID-19
By WPR Staff
Share:

There have been 22,932 positive cases of COVID-19 in Wisconsin as of Monday, according to the state Department of Health Services. That's an increase of 174 cases from the day before.

According to health officials, 694 people in Wisconsin have died from COVID-19 as of Monday afternoon, with two new deaths reported since Sunday.

DHS reported 403,447 total negative tests for the coronavirus, an increase of 6,081 from Sunday to Monday.

As of Sunday, 73 percent of people who have tested positive for COVID-19 have recovered, according to DHS. Three percent have died.

Wisconsin's daily testing capacity — based on the availability of test supplies and adequate staffing — has grown from 120 available lab tests in early March to 16,668 as of Sunday. The number of tests reported on Monday was 6,255.

According to the Wisconsin Department of Military Affairs, Wisconsin National Guard teams had collected 127,716 specimens across the state as of Monday. Approximately 30 troops are working at a call center that informs people of their COVID-19 test results. Nearly 500 citizen soldiers and airmen continue to support local health departments and DHS in an effort to increase the state’s COVID-19 testing capacity.