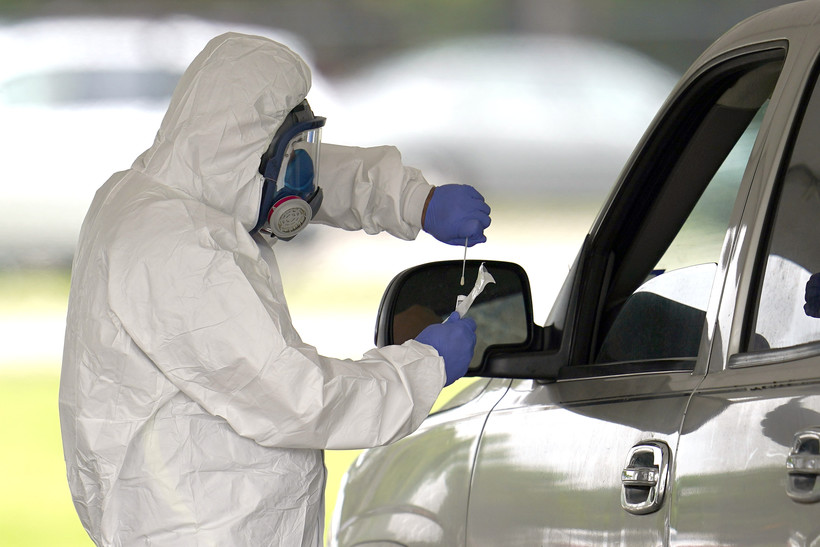 A medical professional takes a sample from a drive-thru patient for testing at a newly opened free COVID-19 testing site operated by United Memorial Medical Center Thursday, April 2, 2020, in Houston. The new coronavirus causes mild or moderate symptoms for most people, but for some, especially older adults and people with existing health problems, it can cause more severe illness or death. David J. Phillip/AP Photo

The state Department of Health Services announced Thursday there are 1,730 positive cases of COVID-19 in Wisconsin.

According to figures from DHS, 31 people in Wisconsin have died from COVID-19 as of Thursday afternoon — not including two additional deaths in Milwaukee County reported by local officials. According to DHS, 461 people have been hospitalized.

The number of positive test results increased by 180 cases from Wednesday to Thursday.

There are confirmed cases in 52 Wisconsin counties.

Milwaukee's African American community has been hit particularly hard during the pandemic. The majority of deaths in the county have been African Americans living on the city's northwest side.

"If we presented numbers on how many people have recovered it would be a guess," he said.

Across the state, 20,317 people have tested negative for the virus so far. From Wednesday to Thursday, the number of negative test results increased by 1,498.