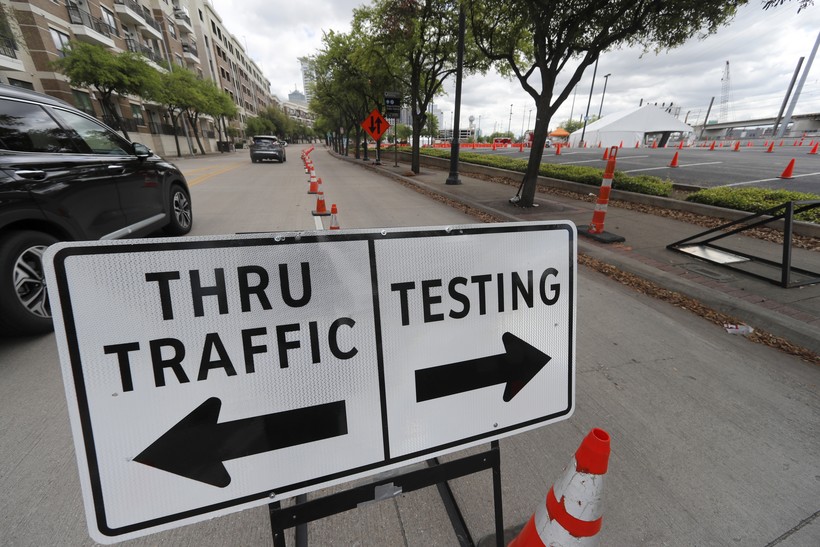 Traffic flows around a sign placed near the entrance of a coronavirus test location in Dallas, Tuesday, March 31, 2020. For most people, the coronavirus causes mild or moderate symptoms, such as fever and cough that clear up in two to three weeks. For some, especially older adults and people with existing health problems, it can cause more severe illness, including pneumonia and death. Tony Gutierrez/AP Photo

29 People Have Died From New Coronavirus In Wisconsin So Far
By WPR Staff
Share:

The state Department of Health Services announced Wednesday there are 1,550 positive cases of COVID-19 in Wisconsin, as well as 18,819 negative tests. However, the number continues to grow as counties announce positive cases.

According to figures from DHS, 24 people in Wisconsin have died from COVID-19 as of Wednesday afternoon. That doesn’t include five additional deaths reported in Milwaukee County.

Milwaukee's African American community has been hit particularly hard during the pandemic. The majority of deaths in the county have been African Americans living on the city's northwest side.