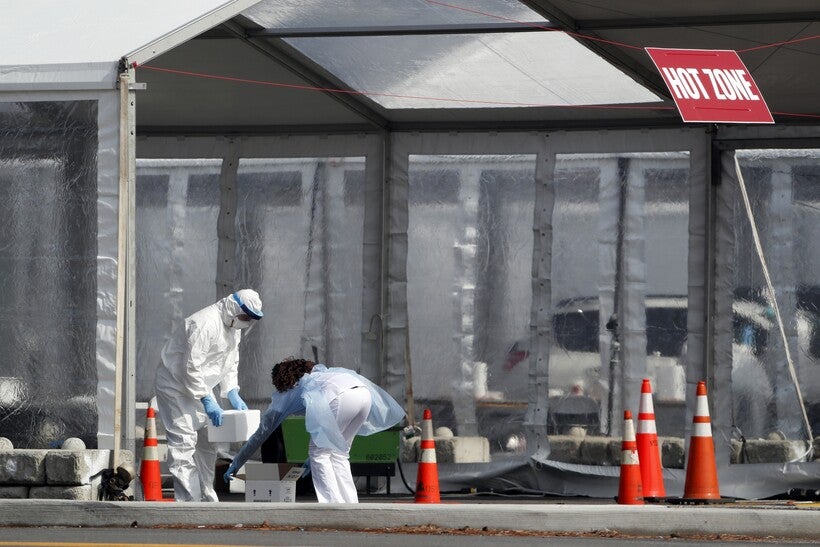 A worker wearing protective gear, left, transfers a container to another worker outside one of the tents at a state-managed coronavirus drive-thru testing site that opened, Thursday, March 19, 2020, on the Staten Island borough of New York. It is the first such facility in New York City. Kathy Willens/AP Photo

The state Department of Health Services announced Tuesday there are 1,351 positive cases of COVID-19 statewide, as well as 17,375 negative tests. However, the number continues to grow as counties announce positive cases.

According to figures from DHS and local health officials, 23 people in Wisconsin have died of COVID-19 as of Tuesday afternoon.

There has been one death each Iron, Rock, Sauk and Waupaca counties, two in both Fond du Lac and Dane counties, three in Ozaukee County and 12 in Milwaukee County.

Milwaukee's African American community has been hit particularly hard during the pandemic. The majority of deaths in the county were African Americans living on the city's northwest side.

The number of positive cases increased by 130 from Monday to Tuesday.