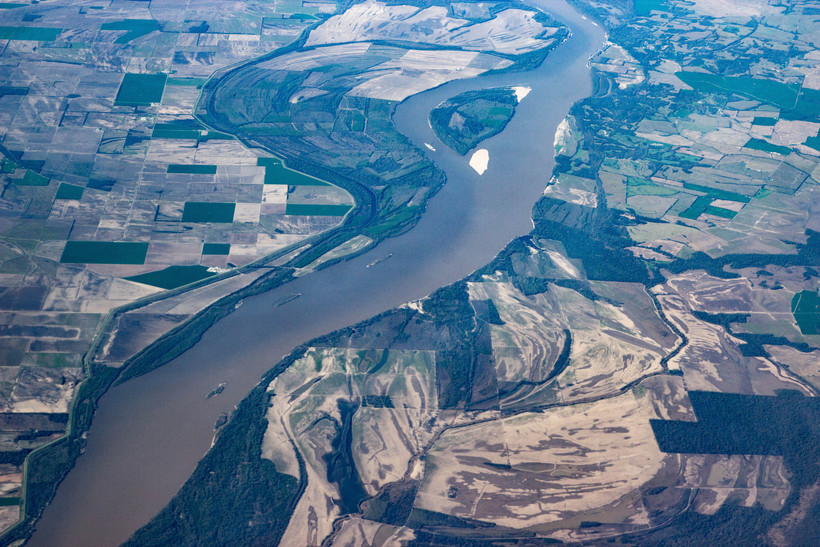 Despite Efforts To Head Off Nutrient Runoff, Dead Zones A Growing Problem

The Midwest has a growing problem with water pollution — and the effects can be felt far beyond each state's borders.

Nitrogen and phosphorus from farm fertilizer, sewage and other sources have led to an increase in the growth of algae. That growth depletes so much oxygen from the water that fish and other creatures have a difficult time living there.

Green Bay has seen these "dead zones" for years, and pollution running down the Mississippi River watershed has created a dead zone in the Gulf of Mexico that’s larger than the state of Connecticut.

There have been efforts to monitor these nutrients and prevent them from reaching the river, but an investigation by the Cedar Rapids Gazette finds that despite big goals and millions of dollars spent, those efforts have not solved the problem.

"It does not appear that we're making big progress," said Erin Jordan, the Gazette reporter who led the investigation.

The dead zone in the Gulf of Mexico, she said, "if you look at a five-year average, has stayed relatively flat, about the same size ... the nutrient levels are not going down — that's what the sensors and the data shows from the river — and the dead zone is not shrinking. It does not seem like there's a lot of progress to be seen."

Ten years ago the U.S. Environmental Protection Agency's Gulf Hypoxia Task Force said if each state cut its pollution by 45 percent by 2015, the dead zone might start to shrink. But the task force left it to each individual state to design its own plan to reduce nitrate and phosphorus runoff.

Jordan's investigation found that while all 12 states near the Mississippi River now require water monitoring at some facilities — such as wastewater treatment plants — only a few completed their anti-pollution plans; and only Minnesota has requirements in place to reduce agricultural runoff.

Jordan said Wisconsin "has been ahead of a lot of other states" in trying to reduce runoff.

"They've based most of their reduction efforts around phosphorus, and I think that is easier to get farmers behind, because it's linked with erosion, and no farmer wants to lose his or her soil," Jordan said. "Wisconsin has showed some progress in terms of reducing phosphorus going into water bodies, according to some long-term data that the state's collected. But the state really hasn't put any focus, or much at all, on nitrates. And their data shows that nitrate levels are rising in the state."

The EPA could enact its own pollution limits for states to follow, but Jordan said the agency has "said it's just too big of a project to put this overall pollution 'diet' on the Mississippi River or the Gulf of Mexico." Instead, she said, the EPA has encouraged states to "develop their own plans, to work with the stakeholders within their states, whether that's agriculture community, industry (or) others"

Environmentalists have criticized that approach, and say without national attention, states are unlikely to make progress.

Jordan said there will likely be environmental, health and economic consequences unless the issue is addressed.

"That's been one of the really interesting challenges of this reporting, really driving home for readers and listeners the impact on our own communities," she said. "We reported on a water treatment plant in Mankato, Minnesota, that is having to pay an additional $2 million to dig a deeper well, because the water they're getting from the river, the nitrate levels are too high. The costs are borne by the community through taxes."

"There's also a lot of reduced recreational opportunities," she continued. "In Iowa, there were more than 100 swim advisories (in which) you weren't supposed to swim at beaches. Wisconsin had a lot as well, times you get your family all packed up to go to the beach and you find out it's not safe to swim there. These are all impacts that we are dealing with every day."