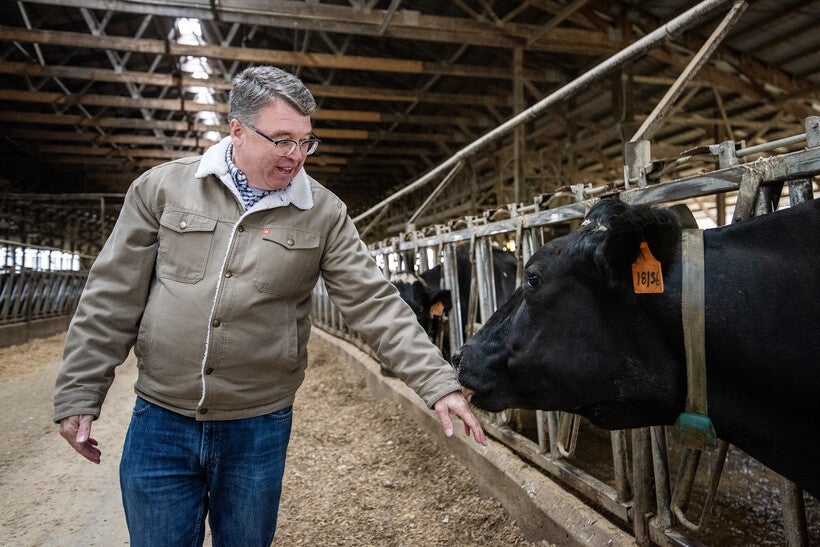 With just a few weeks left before the November election, Democratic congressional candidate Brad Pfaff stopped by Mahogany Dairy in rural Monroe County. As he walked the barns with the farm’s owner, Gary Weber, Pfaff asked about Weber’s milk rotation, what he uses in his feed mix and where he sells his cull cows.

Pfaff, who holds the state Senate seat covering all or parts of La Crosse, Monroe, Vernon and Crawford counties in southwestern Wisconsin, said he's gotten to meet a lot of farmers throughout his career. He was state executive director of the U.S. Department of Agriculture's Farm Service Agency office in Wisconsin during the Obama administration and later was appointed secretary of the state Department of Agriculture, Trade and Consumer Protection by Gov. Tony Evers.

"This is how I got involved in politics, quite frankly, is (with) people like Gary — just farmers, just my uncles and people in my community," he said. "I would go to different events with my parents, with my dad in particular. And I'd learn and ask questions, and people would say, 'You should think about getting involved.'"

When Democratic Congressman Ron Kind announced he would not be seeking reelection after holding the seat for 26 years, Pfaff was one of the first Democrats to announce his candidacy. Now more than a year into the race, Pfaff said this campaign has been a new experience for him, especially because of the 3rd Congressional District's large geographic footprint. 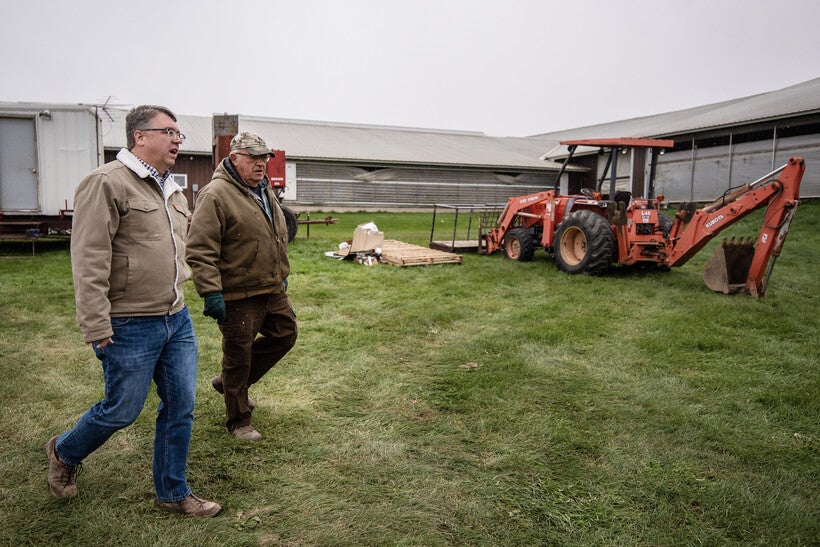 Right next to Weber's farm, a neighbor has a wagon parked along the highway that’s covered in campaign signs for Republican candidates, including Pfaff's opponent, Derrick Van Orden. But Pfaff said it doesn't bother him — it’s the nature of the district.

"You cannot use a broad brush when it comes to rural people, because rural people have all different thoughts and ideas and that's what makes it so neat," he said. "But there's something that ... binds us all together, and that is our love for rural Wisconsin, and for our heritage and for our culture."

During an election cycle when the national Republican Party is looking to take back control of the U.S. House, Wisconsin’s 3rd Congressional District is seen as a top pickup target.

The mostly rural district, covering southwestern and parts of central Wisconsin, was once seen as safe for Democrats. But its voters turned out for former President Donald Trump in 2016 and 2020, part of a larger trend of rural areas increasingly shifting toward the Republican Party.

So far, analysts don’t see much evidence that this election cycle has reversed that trend. In recent weeks, national election analysts with Sabato’s Crystal Ball changed their rating of Wisconsin's 3rd Congressional District race from "Leans Republican" to "Likely Republican." They cited reporting by Axios that says a national Democratic political action committee had canceled TV ads for Pfaff in the district.

Democrats are struggling to appeal to rural voters

The day before Pfaff’s farm visit, Derrick Van Orden made his own campaign stop at a dairy farm 10 miles away, where he celebrated picking up an endorsement from the Wisconsin Dairy Alliance. The retired Navy SEAL narrowly lost to Kind in 2020, and he launched his 2022 candidacy less than six months after that election. He received Trump's endorsement for the seat in August 2021. 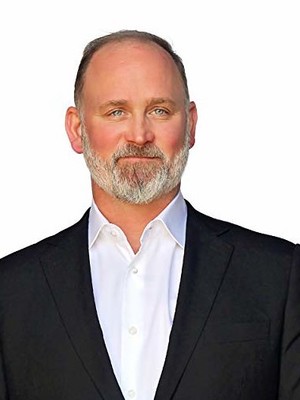 Van Orden has remained a popular figure among Republicans and has an often fiery presence on social media, even going after opponents on Twitter. He’s run on his 26-year career in the Navy and has repeatedly hammered Pfaff and national Democrats for government spending and the impact of inflation on local communities.

Despite repeated requests for an interview, Van Orden's campaign declined to speak with Wisconsin Public Radio. The campaign did share a statement, saying Van Orden said rural voters "feel like they've been left behind for decades in Washington."

"They see their costs go up, feed costs skyrocketing, energy costs like diesel and natural gas that are essential to their work go through the roof, and they see that career politicians simply don't care," Van Orden said in the statement, going on to say he would give them a voice in Washington, D.C.

Brian Westrate is a former chair of the 3rd Congressional District Republican Party. He thinks voters aren’t impressed with Pfaff’s career working for government farm agencies, and they're looking for someone who is more relatable.

"Derrick has had a career serving this country in the military and has since been a small businessman and a volunteer and worked in the private sector. And there's just a clear contrast," Westrate said. "Brad doesn't know what it's like to work in the private sector. He doesn't know what it's like to sign the front of a check instead of just the back, a paycheck. And I think that that's a difference that’s going to matter to the voters of the 3rd."

The well-known and well-funded Republican candidate only exacerbates challenges already faced by Democrats as they try to hold on to the seat.

Anthony Chergosky, associate professor of political science at the University of Wisconsin-La Crosse, said Pfaff has faced tough odds from the start of the election. On top of needing to energize voters in the Democratic strongholds of La Crosse and Eau Claire, Pfaff has to hold his own in the rural communities that make up much of the district. That may not have been a problem for Kind, who frequently pulled voters from across the aisle. But Chergosky said that kind of independent voter is getting harder to find. He points out that Kind had one of the closest elections of his career in 2020 and other rural districts in the state have seen communities that once were purple become more strongly red.

"Right now, Democrats are not even holding their own in rural Wisconsin," Chergosky said. "They're getting completely wiped out in rural parts of the state. And that's put them at an enormous disadvantage in seats like the 3rd district."

Trump drove rural voters more passionately toward the Republican Party, Chergosky said, because he spoke to their concerns about a changing America and hot button issues in the culture wars.

Van Orden has followed a similar path with his campaign. When Democratic President Joe Biden announced his student loan forgiveness plan, Van Orden repeatedly pointed out on Twitter that just under 27 percent of people in the 3rd Congressional District have a college degree and claimed the plan forces non-college-educated residents to bear the burden of paying off others’ debt. He has often tied Pfaff to national Democrats like Biden and House Speaker Nancy Pelosi, calling him a "rubber stamp" for his party.

On social media, Van Orden highlights his connection to rural identity by posting selfies at small-town taverns and with voters he’s met. This month, on National Farmer's Day, he posted a video of himself covered in pig manure after work on his hobby farm.

Chergosky said for the most part, Democrats haven’t come up with an effective response to the GOP's cultural connections to rural voters.

"I think a lot of Democrats have felt that they can legislate their way out of the rural-urban divide, and they can legislate their way to some more success in rural Wisconsin. And that misunderstands what the rural-urban divide is about," Chergosky said. "It's not about broadband. It's not about agriculture subsidies. It's about these broader issues related to identity and culture."

But Pfaff has taken a different approach in this year’s race by embracing a more patriotic message and has tried to connect with voters on cultural issues. He’s applied this patriotism in his criticism of Van Orden’s close ties to Trump and his presence at the Washington, D.C. protest on Jan. 6, 2021, that turned into a deadly insurrection of the U.S. Capitol. He’s also attacked Van Orden on the issue of abortion rights and argued that Wisconsin's near-total ban on abortion takes away personal freedom. 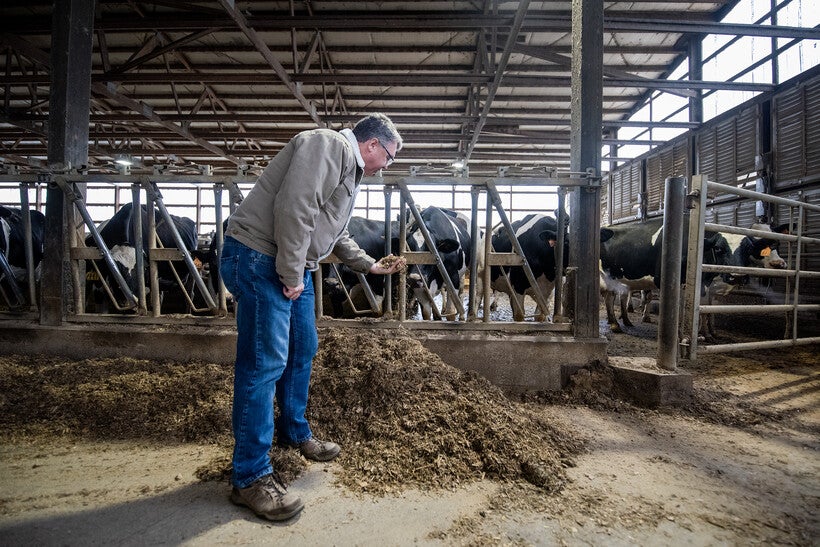 'They look at those letters behind the names'

Ben Wikler, chair of the Democratic Party of Wisconsin, said his party is realistic about the fact that in midterm elections, voters tend to swing away from the president's party. But he thinks Pfaff’s rural roots and his efforts to connect with residents over shared values feel genuine to southwestern Wisconsin voters.

And he said Democrats are hoping to learn from the election results in the 3rd District.

"I think you have to dig into the specifics," Wikler said. "How well did we do compared to what the models said we were going to do? How much was Brad Pfaff able to connect with voters and turn voters out who might not have voted otherwise? Sometimes an election in a really tough district actually helps win the statewide elections by turning out more Democratic voters."

Democratic Gov. Tony Evers is essentially tied with his Republican challenger, Tim Michels, in the latest Marquette University Law School poll. And in the U.S. Senate race, Lt. Gov. Mandela Barnes will likely be fighting to the final days of the election; most polls show him trailing GOP Sen. Ron Johnson.

Some rural Democrats say one candidate isn’t enough to turn around the party’s reputation outside of the state's largest cities.

Shaun Murphy-Lopez is a Democrat on the Richland County Board of Supervisors, who represents two rural townships and lives on a hobby farm with his husband. Two years ago, he ran for his state Assembly seat as "Rural Shaun," complete with a campaign ad featuring a farm dog chasing a pickup truck down a country lane. He lost the race, but Murphy-Lopez said he thinks it had less to do with him as a candidate and more to do with frustration over the sometimes-violent protests in the wake of the murder of George Floyd and the restrictions created to stop the spread of COVID-19.

"I didn't understand this until I ran and lost," he said. "But I do think a lot of the narrative, a lot of what people pay attention to, is at the national level. And they look at those letters behind the names, you know, and they say, 'In general, I think I support the Republicans right now more than I do the Democrats.'"

Murphy-Lopez thinks his neighbors will once again be voting on national issues in this year’s race. And if Democrats want to bring rural voters back to their party, he said they'll need national figures to return to a message that speaks to working people. 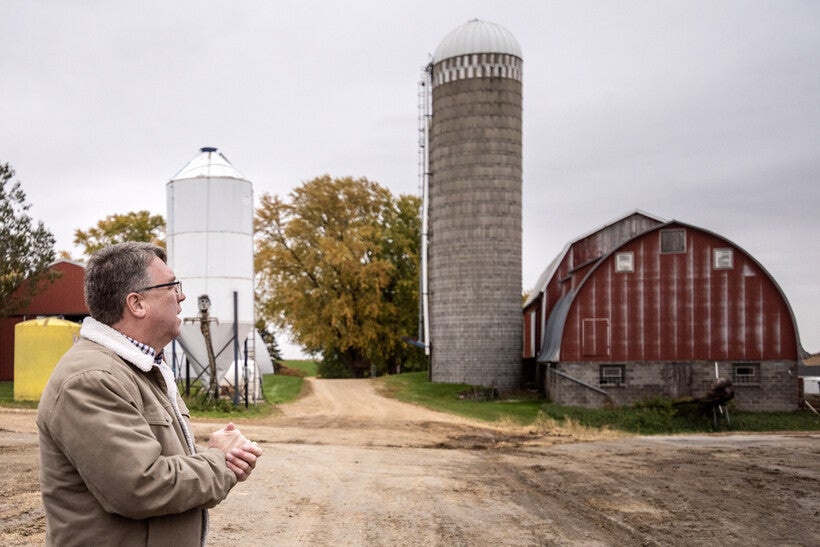