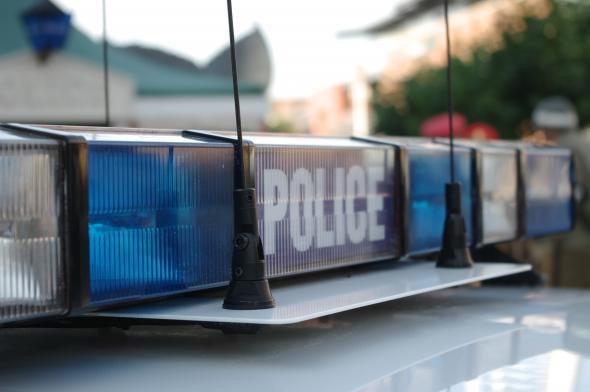 Teen's Mother Says She Believes Her Son Was Murdered
By Danielle Kaeding and The Associated Press
Share:

State investigators are reviewing an officer-involved shooting on a northern Wisconsin reservation that resulted in a teenage boy’s death.

The Wisconsin Department of Justice said Thursday that deputies responded to a 911 call at about 11:40 a.m. Wednesday reporting a male subject carrying a knife while walking in the Lake Superior Chippewa reservation in Odanah not far from the Bad River Casino.

The responding deputy from the Ashland County Sheriff's Office, fired shots, striking 14-year-old Jason Pero. The boy was taken to Memorial Medical Center in Ashland where he was pronounced dead. The deputy was not hurt.

State investigators say a knife was found at the scene where the deputy fatally shot Jason. But Jason's family questions whether the boy had a knife.

Holly Gauthier, Jason's mother, told Duluth station WDIO-TV there was no reason to justify shooting a 14-year-old boy. She said her son was home sick from school Wednesday and was staying with his grandparents.

Jason's grandfather, Alan Pero, said his grandson "never had one mean bone in his body."

Gauthier said she believes her son was murdered.

Jennings said it’s a difficult time and that they’ve been offering counseling to those who were close to the teen.

"Our community is helping the family, helping our members and some of our staff that need it, and we’re just trying to move forward in the best way we know how with love and compassion," he said.

A candlelit vigil was held Wednesday evening for Jason.

Ashland Middle School students continued to grieve the loss of their classmate Thursday.

Ashland Schools Superintendent Keith Hilts said around 70 middle schools students were absent, which is about 30 percent of the school. He said school, community and tribal members have been offering support to students.

"Some students wanted to do academic work and not think about Jason’s death. Others wanted to speak with mental health providers that were on hand. Others just needed to talk with their friends and their teachers," he said. "A lot of sorrow, a lot of fear that a fellow 14-year-old child could die. There was some anger that this happened."

Hilts said he saw Jason sitting in the lunchroom at school Wednesday. He described the teen as one with a good sense of humor who was a drummer in the middle school band. Hilts said he was part of a group set to perform as a part of the school’s Veterans Day celebration.

"He was very much interested in his culture and drumming. I talked to the leader of the drum group this morning, and Jason was interested in taking his drumming to the next level and performing at pow wows," said Hilts. "We’ve lost a star in that respect — just a lot of sorrow. This is the fourth unexpected tragic death in Bad River this fall ... He’s going to be missed. The community’s really struggling."

Agents with the state Department of Criminal Investigation within the DOJ are conducting an independent investigation of the shooting. The department hopes to release its findings to the Ashland County District Attorney within the next month.