Time limits for bringing cases of child sexual assault to law enforcement would be abolished in Wisconsin under a proposal unveiled Wednesday at the state Capitol.

Under current law, children who are sexually assaulted must file a civil action before turning 35. The Child Victims Act would remove that statute of limitations.

The bill was introduced along with another plan to expand the types of child abuse clergy members are required to report and eliminate a reporting exemption for clergy for information gleaned during private conversations.

The proposals come in the wake of new reporting by The Cap Times outlining allegations of sexual assault at Calvary Gospel Church in Madison.

Survivors of childhood sexual assault joined lawmakers at the press conference to introduce the proposals.

Debbie McNulty, who was assaulted beginning at the age of 11, said she has never received justice.

"Eventually, I got up the courage to tell my pastor — he did nothing," said McNulty, who is now in her forties. "The church of my childhood was able to cover up many crimes."

She said if the bills gain support, "maybe they can give me justice."

"We cannot expect our children, who are the most vulnerable, to be able to step up and do what most adult people can’t do," she said of bringing forward allegations.

Peter Isely, a founding member of Survivors Network of those Abused by Priests (SNAP), said the bills uphold the religious liberty of children. 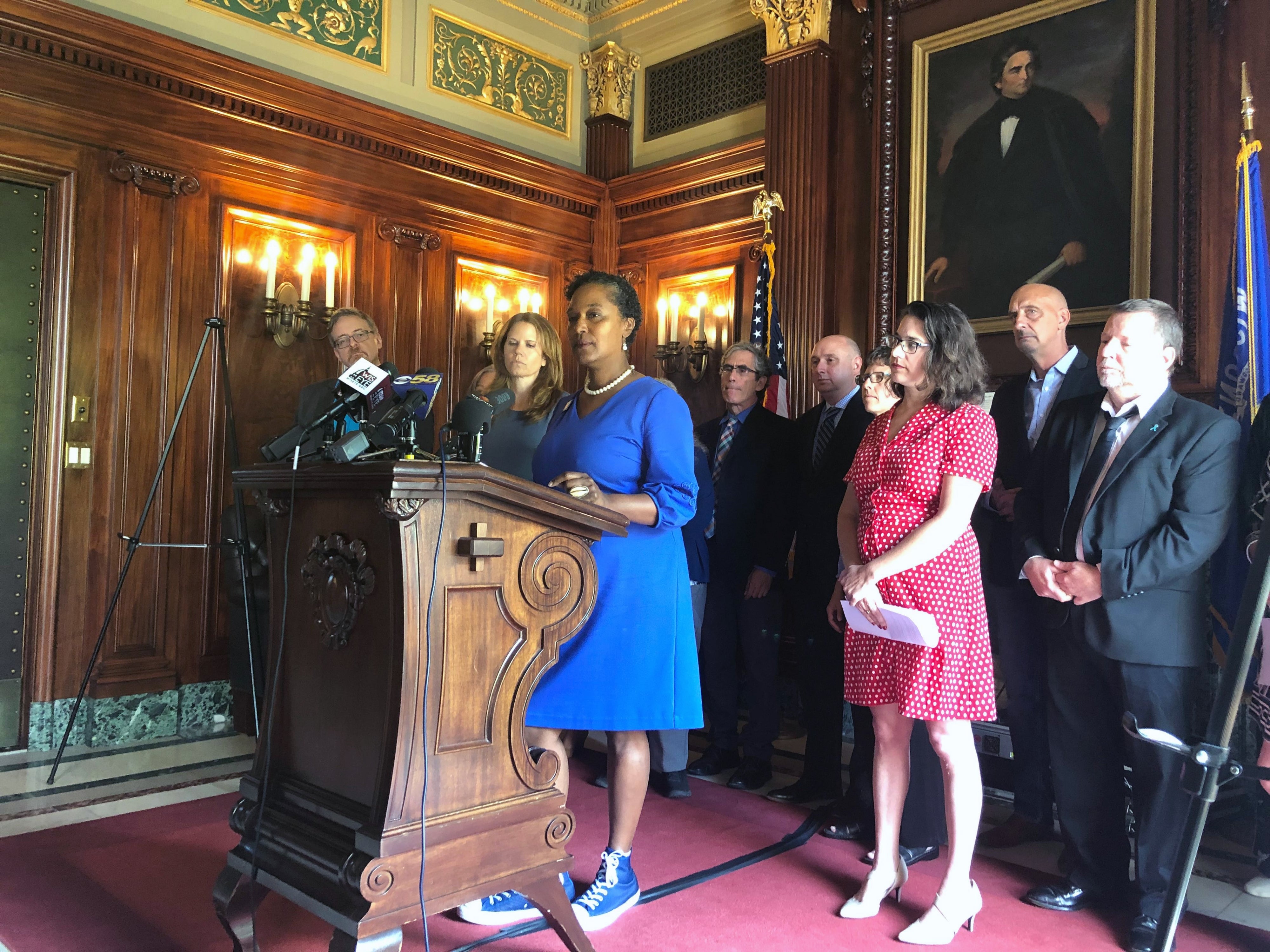 "(Children) have the absolute right to be able to form their thinking and their prayer and their feelings about God within our communities and within our churches without that threat (of sexual violence)," Isely said.

The proposal to end time limits for bringing legal action related to child sexual assault has been brought several times before the Legislature, beginning in 2002. It has been opposed by the Archdiocese of Milwaukee and other church officials.

The proposal to expand reporting requirements for clergy is being introduced for the first time.

Sen. Lena Taylor, D-Madison, one of the bills’ sponsors and a survivor of childhood sexual assault, said the proposed changes are long overdue.

"Both bills have a simple goal: bring justice to survivors of sexual assault," Taylor said. "This would give survivors a chance to fight back, to have justice, a chance to move forward."

Gov. Tony Evers has signaled support in the past for the bill that would lift time requirements for reporting.

Republican leaders of the state Legislature did not immediately respond to requests for comment about the bills.