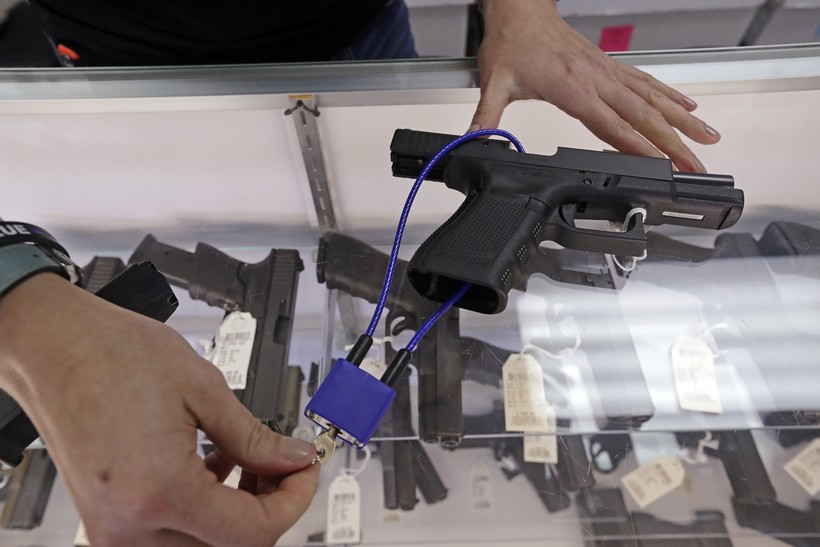 1 Bill In Package Would Require Stores To Lock Up Guns After Closing
By Laurel White
Share:

Businesses that sell firearms in Wisconsin would be required to lock up all of the weapons at closing time under a Democratic proposal before the state Legislature.

The bill is in response to high-profile weapon thefts across the state, including a 2017 incident in which a man stole 18 weapons from a Janesville gun shop, according to its sponsor, Rep. Lisa Subeck, D-Madison.

A number of those guns have not been found.

"We have an epidemic of gun violence and in too many instances we’re hearing about people who are already prohibited from owning a firearm getting ahold of weapons and doing harm with them," Subeck said.

The proposal was unveiled for the first time during the last legislative session. It received a public hearing, but was never voted out of committee.

Subeck said she is hoping to garner the GOP support necessary to advance the plan further this time.

Under the bill, firearms would be required to be secured after business hours in one of several different ways including locked in a safe, inside a reinforced display case or behind a security gate.

The office of Assembly Speaker Robin Vos, R-Rochester, did not respond to a request for comment. The office of Senate Majority Leader Scott Fitzgerald, R-Juneau, declined to comment.

Subeck said many gun stores across the state already follow the practice and she hopes gun rights advocacy groups will get on board.

"Responsible gun owners don’t want somebody to be harmed by their weapon," she said.

A spokeswoman for the National Rifle Association called the plan "a one-size-fits-all approach that, if passed, would only serve to criminalize law-abiding gun owners and sellers while doing nothing to promote public safety."

"Safe storage for a single gun seller in rural Wisconsin is very different from that of a large store owner in Milwaukee, and sweeping government mandates such as these ignore that reality," said NRA spokeswoman Amy Hunter. "It’s time legislators focus on ways to reduce crime, rather than further regulating law-abiding gun owners."

The proposal is being sponsored in the Senate by Sen. Fred Risser, D-Madison.

The plan is part of a package of bills related to gun storage that are being circulated among lawmakers for co-sponsorship. The other bills in the package would: