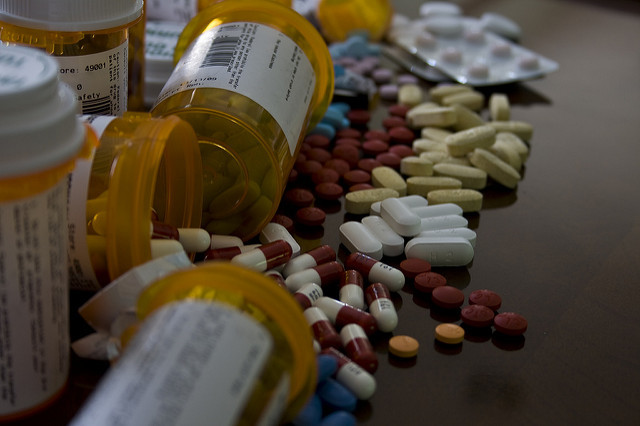 Frustration over prescription drug prices is prompting some states to force pharmaceutical makers to justify the cost of medications. California’s governor recently signed a bill doing just that. And Democratic lawmakers in Wisconsin are pushing a similar measure.

A bill introduced by Debra Kolste, D-Janesville, would require advance notification to the state Office of the Commissioner of Insurance and state Department of Health Services anytime the cost of a drug increases more than 25 percent. She said consumers, insurers, the government and the public would like to better understand pharmaceutical pricing.

"State governments should have great concern as Medicaid budgets are being busted by the high price of pharmaceuticals," Kolste said Thursday in a teleconference announcing a package of bills to provide drug pricing transparency and consumer protections.

One of the three bills would prevent insurers from abruptly cutting off coverage for a medication. Rep. Lisa Subeck, D-Madison, said this has been an issue for some of her constituents, herself included. Subeck was frustrated to find out her asthma and migraine medications, which had always been covered by insurance, suddenly weren't.

"I went to fill it (my prescription) one day and the pharmacy said to me, 'Your insurer doesn’t cover that anymore,'" Subeck said. She was then told filling it would cost several hundred dollars. "I was back to this medicine is no longer affordable. Now I need to find something else. That’s the problem we are trying to fix here."

"Pharmacy benefit managers more and more are becoming monopolies. And they are the least regulated of the industry. Registration is just the first step," Kolste said.

Some of the most well-publicized cases of prescription drug increases involve EpiPens, which are used to treat severe allergic reactions; Daraprim, which is used to treat parasitic infections and to prevent a nervous system infection in those with HIV; drugs to cure hepatitis C; and Naloxone, which reverses opioid overdose.

"In 2014, (Naloxone) went up from $694 (a dose) to $4,000 today. A 500-percent increase in two years," said Robert Kraig, executive director for Citizen Action of Wisconsin. "Given the opiate epidemic, that can only be described as price gouging."

For Kolste, the goal of the bills is simply to increase transparency.

"We don’t know what the costs of medicine are. We only know what prices are charged. These bills are pretty harmless, they just ask for justification," Kolste said.

Kraig questioned whether manufacturers would be able to justify the price hikes.

"A pharmaceutical company has nothing to fear if they can justify these rate increases. We’re quite sure given how huge they are and how much more expensive these critical drugs are than those sold in other countries by the same company that they can’t," he said.

While many states have proposed various drug pricing measures, only a handful have passed: in California, Vermont, Maryland and New York.

Drug companies have argued critics fail to recognize the value medicines are bringing and say the state-level regulations could thwart the distribution of life-saving drugs.

The proposals won't help patients cover the costs of their medications or stop the companies from increasing prices, said Nicholas McGree, director of public affairs at Pharmaceutical Research and Manufacturers of America, trade group for drug makers.

"It’s unfair that patients are shouldering more and more of their health care costs out-of-pocket, even as prescription drug spending growth has slowed to the lowest rate in years. America’s biopharmaceutical companies are working to solve this problem by ensuring patients benefit from the massive rebates and discounts provided to insurers and pharmacy benefit managers, which can significantly reduce patients’ costs at the pharmacy. Creating new, costly bureaucratic programs and onerous reporting requirements, like LRB 3681 proposes, would do nothing to contain costs or help patients who are struggling to access the life-saving medicines they need. All health care stakeholders should work together, with policymakers and others, to find real, common sense solutions that actually improve affordability and access for patients."

Wauwatosa school board member sues his own board after it approved new gender identity curriculum
Enrollment at Wisconsin technical colleges grows by more than 10 percent
Tips to avoid holiday waste this giving season
Nearly 2 years after it was slated to close, staffing shortages continue to plague Wisconsin youth prison
The Rebirth of Jazz Saxophonist Frank Morgan
More WPR News