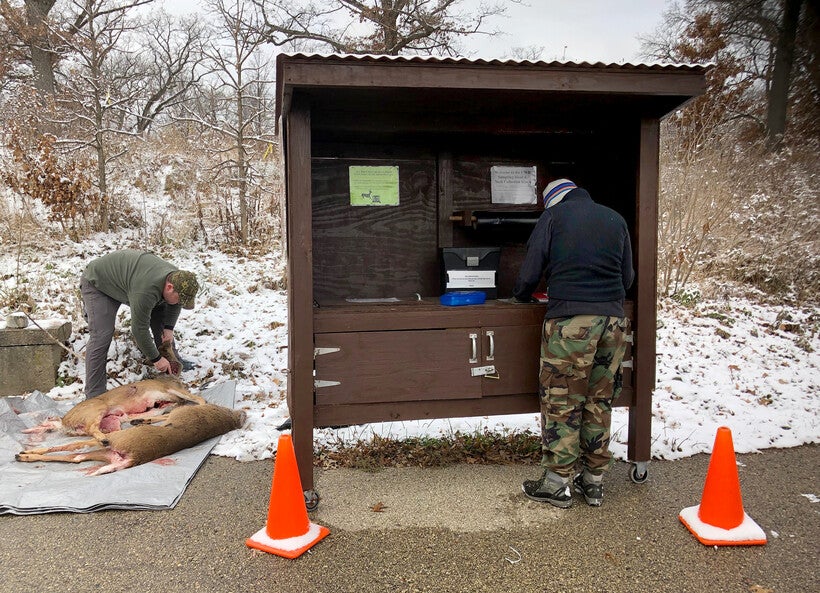 Kristin Braziunas fills out paperwork while Paul Boehnlein prepares the young buck and doe shot by Braziunas for testing for chronic wasting disease at the sampling site behind the Wisconsin Department of Natural Resources office in Fitchburg, Wis., on Nov. 17, 2018. Dee J. Hall/Wisconsin Center for Investigative Journalism

Rep. Katrina Shankland, of Stevens Point, has introduced a package of bills that would allocate $2.2 million to expand cost-sharing for carcass-disposal dumpsters and kiosks where hunters can drop off deer for testing. The bills also would lay out $2 million for CWD research.

Shankland says the state saw a "vacuum of leadership" on CWD under Republican Gov. Scott Walker, who took a hands-off approach out of fear of angering hunters.

Democratic Gov. Tony Evers has proposed no new CWD initiatives. He says he wants to see what other states' research turns up.