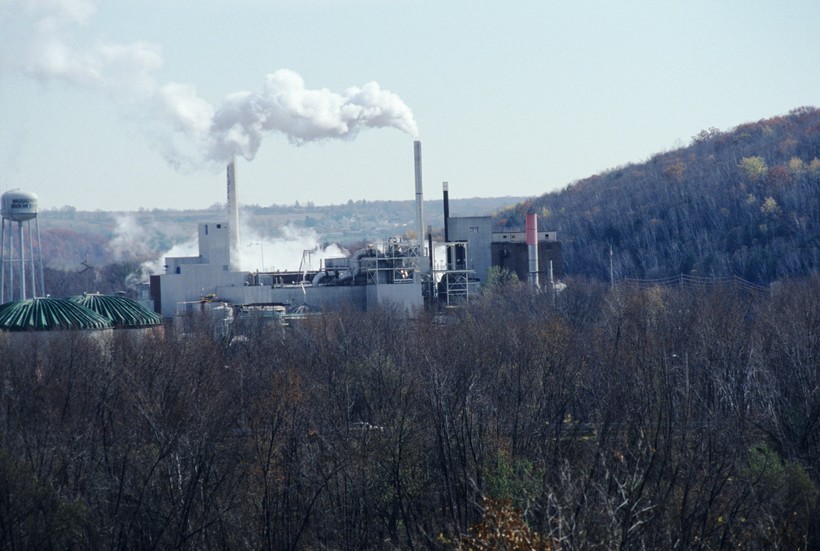 Demand For Paper Mills Decline While Market For Tissue, Sanitary Paper Is Expected To Rise

One-Third Of Wisconsin's Paper Mills Have Closed In The Last Two Decades
By Danielle Kaeding
Share:

Wisconsin has lost about one-third of its paper mills in the last two decades.

More companies are nearly bankrupt or are exploring the possibility of selling their mills.

This fall, Industrial Assets Corp., a Los Angeles-based used machinery dealer, bought the Appleton Coated paper mill in Combined Locks, Wisconsin. In addition, Verso Corp. formed a committee to explore the potential sale of some of its mills. The company operates mills in both Duluth and Stevens Point.

"You’ve seen some of that in the Appleton Coated issue where they’ve gone through receivership, but it’s really a byproduct of what they produce. It’s the coated paper market that’s challenged," he said.

But, Landin said tissue, packaging and specialty papers make up more than 90 percent of products in Wisconsin’s paper industry.

"Those markets are all growing," he said. "For example, the tissue market where you make bath tissue, toilet tissue, Kleenexes, paper towels, electronic substitution cannot threaten those. You can’t take your iPad and blow your nose in it. It’s not going to work. Those sectors of the market are always going to grow. You’re always going to need those products."

A May 2017 report by industry research firm IBISWorld projects demand for paper mills will decline in the next five years while demand for tissue or sanitary paper is expected to rise. Anya Cohen, an analyst with the firm, said a couple of factors are putting pressure on paper mills.

"The first is a decline in overseas demand for U.S.-made paper, and the other is lower demand for downstream industries in the United States as the world becomes increasingly digital and environmentally conscious," she said.

"It’s not a large increase, but considering the industry was declining over the past five years and the general paper mill, paper manufacturing industries are declining – a turning-of-the-corner from a decline to an increase even though it’s a small 0.6 percent is fairly notable in the sector," she said.

Most of the roughly 600 employees at Appleton Coated were laid off in September, according to the Post-Crescent. As for Verso, the company said it has formed a strategic alternatives committee to explore "strategic transaction alternatives," which may lead to the sale of some of its mills.

"There’s no assurance that this effort will result in any transaction or any of the other options being reviewed, and we won’t have any further comment until a definitive transaction agreement is reached or the board determines that none will be pursued," said Verso spokeswoman Kathi Rowzie in an email on Wednesday. "There’s no established timeline."

Around 250 people work at the Verso mill in Duluth, while around 240 people are employed at its mill in Stevens Point, according to figures from the company’s website.