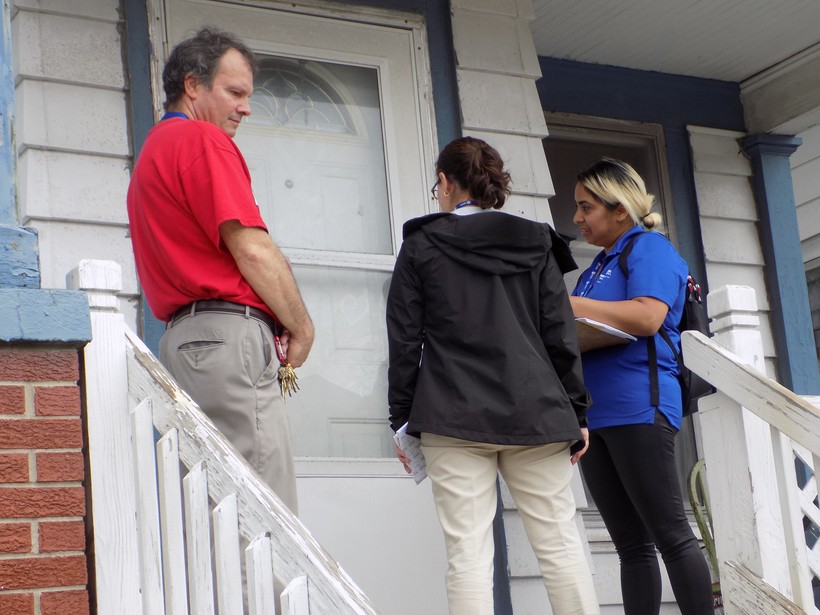 School districts across Wisconsin are enrolling fewer students. In Milwaukee, the drop is due in part to fewer school-aged children. But the growing popularity of the state's voucher program that helps some families pay for private schools has also played a role.

That’s why on one June morning, a high school drumline played for a crowd of more than 100 people in front of Milwaukee Public Schools headquarters.

Keith Posley, acting head of the district, was launching a new recruitment tactic, a first-of-its-kind student enrollment campaign for the city’s schools. 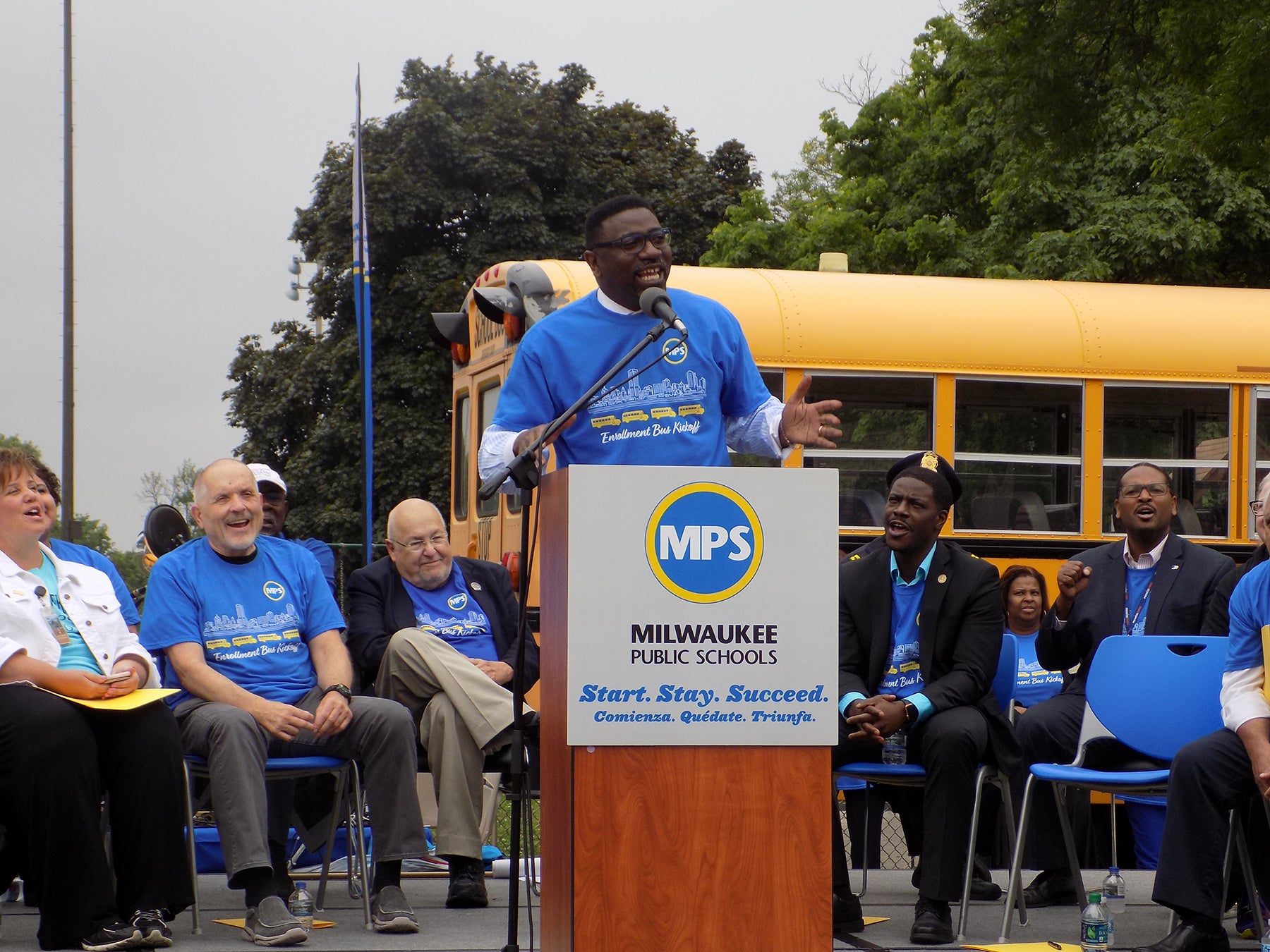 "Go to doors and explain to family members the love, and all the great things that are happening in the Milwaukee Public Schools," Posley said into a microphone.

A couple of hours later Tom Bruno principal of U.S. Grant Elementary was trying to do just that in the school's surrounding neighborhood.

Bruno and five other canvassers were going door-to-door, ready to extol the virtues of public schools like Grant. If there was no answer, canvassers left small MPS flyers — in both English and Spanish — on front doors.

While canvassers, many of whom are principals, are not specifically recruiting for any one MPS school, Bruno hoped he could encourage some 5- and 5-year-olds to enroll at Grant. 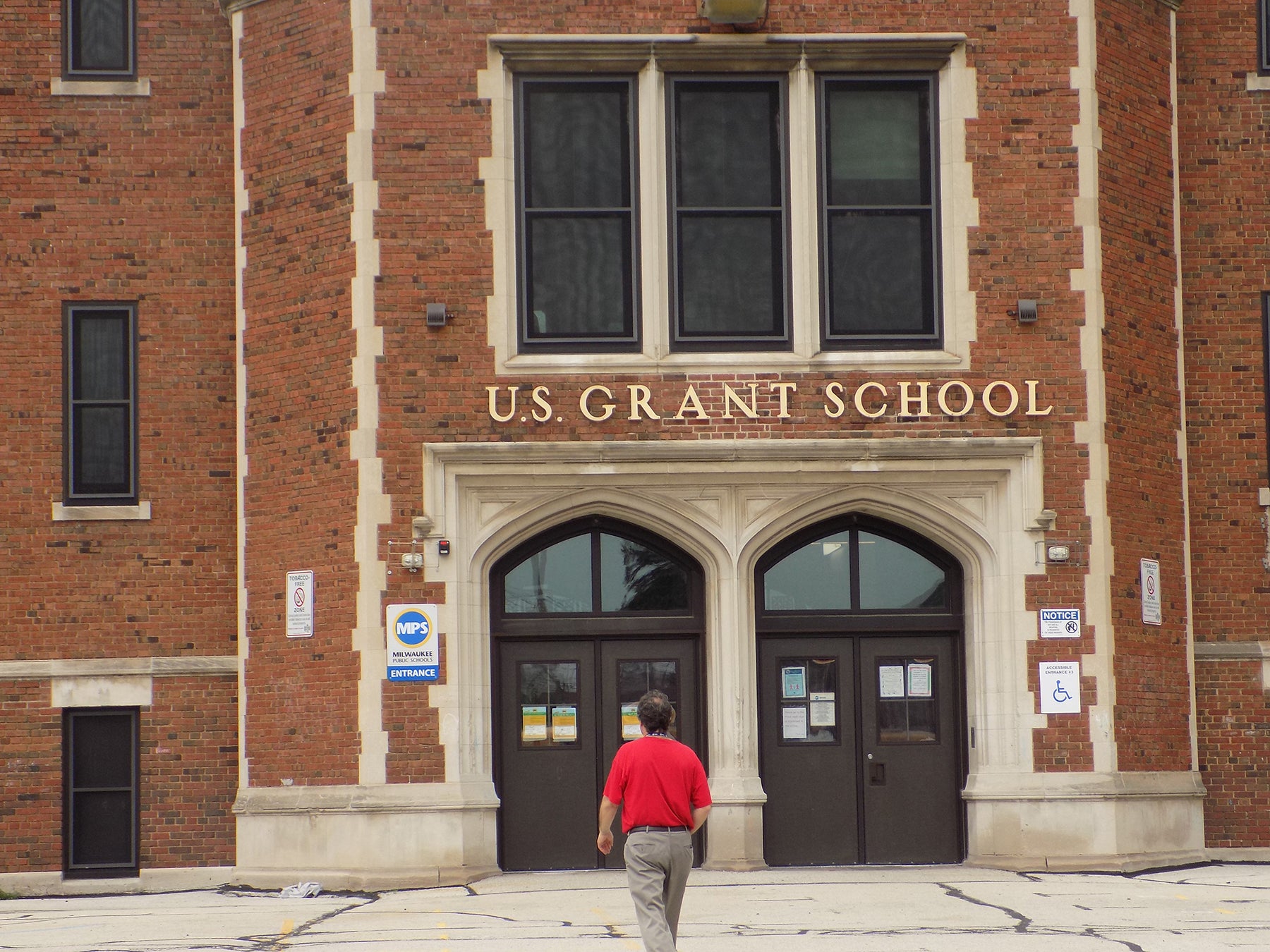 Grant’s enrollment numbers have remained steady in recent academic years, but Bruno is worried about incoming class sizes. Four- and 5-year-olds build a base for the school but they’re also the most sought out in recruitment, he said.

When asked, Bruno can rattle off the ways students at U.S. Grant get a well-rounded education.

"Last year we started musical theater with our middle school group. They did 'Hamilton,' 'Hairspray' and 'High School Musical' together," Bruno said. "The parents just loved it. You know, we offer art, we offer P.E."

But Grant is not the only school vying for students.

"Two blocks away we have St. Rafael's and they have two buildings," Bruno explained. "We have the new St. Augustine. We have St. Anthony's," all of which are private schools in Milwaukee.

This year, MPS reported enrollment at less than 78,000 students. That's down from 97,000 in 2003 and translates to fewer state dollars for a district already strapped for funds.

Some funding that could have gone to MPS now follows 28,000 students that use vouchers to attend private schools and it's likely several of those students could be going to Grant.

Bruno said he can see private school buses pick up neighborhood children. But he says he understands why parents would make the choice to send their children elsewhere.

"Five years ago we were on the failing list," he said.

Grant's students were underperforming in reading and math compared to the state average and while students at Grant are now performing better than the overall district, Bruno said some parents may not know about the improvement.

But at a block party at St. Anthony's Church — which operates one of Grant's competitors — families said they opted into the voucher program based on more than just academic performance.

"You can participate more without being afraid to ask questions," said Daniela Garcia, a high school senior, who made the switch to private school after fourth grade.

Daniela said the increase in her confidence was aided by smaller class sizes — something she loves about private school. She added that the relationships she's been able to cultivate with her private school teachers has also made her feel more motivated in school. 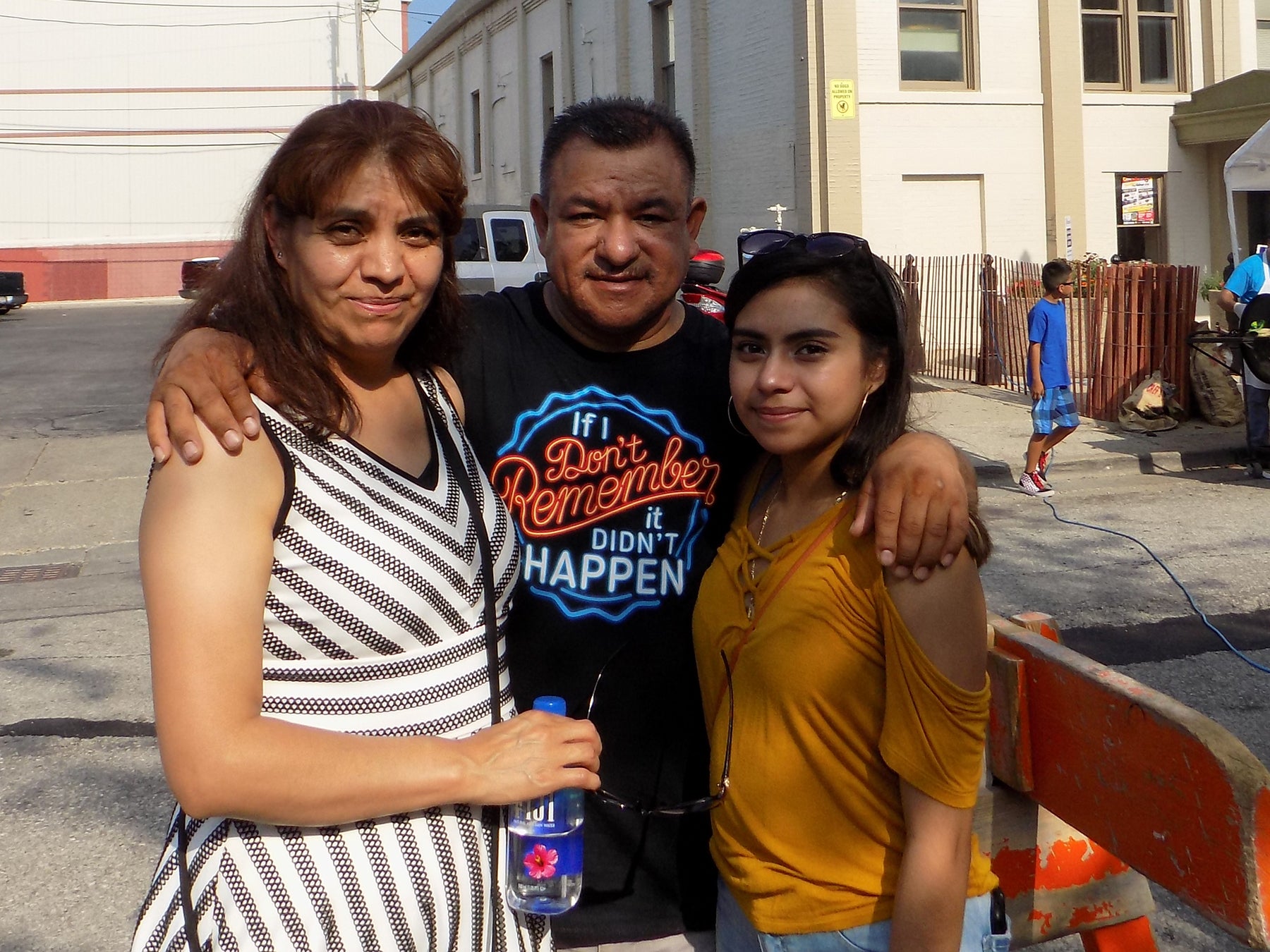 Elvira Garcia, Daniela's mother, said as someone who isn’t comfortable with the English language and is mostly unfamiliar with how American schooling worked, she was sold on the culture of the private school.

"(Private school) makes us part of that mindset that university is possible for everyone," she explained in Spanish. It's a mindset that she attributes to learning from private schools alone.

"I learned that with the information and education that they gave me at the school," Elvira said.

Anabele Macias said the extracurricular activities offered at her son’s private school — St. Anthony's — influenced her choice, as did her religion.

"Because it's Catholic and I’m 100 percent Catholic," she said in Spanish. "And because they use uniforms."

The Cleveland Metropolitan School District, in Ohio, has also been in the same position MPS finds itself. The district's enrollment dropped to less than 35,000 students in 2011. An almost 50-percent loss from 2002.

Rick McIntosh oversees enrollment for Cleveland Metropolitan. He said to stop the decline, his district has had to embrace the idea that parents have options.

"We have to really understand that we are changing the culture," he said.

Cleveland tried a similar door-to-door enrollment effort that ended up being unsuccessful.

McIntosh said the plan aims to get parents to look past the district's shortcomings.

"So that makes families really consider us an option to come to or to stay within," he said.

Since then, enrollment at Cleveland Metropolitan has increased by about 5 percent.

MPS already does some types of community outreach like high school and career fairs.

The district has seen enrollment increase by almost 2,000 students or almost 3 percent, in the last two years. But whether the door-to-door enrollment campaign will build on that success remains to be seen.