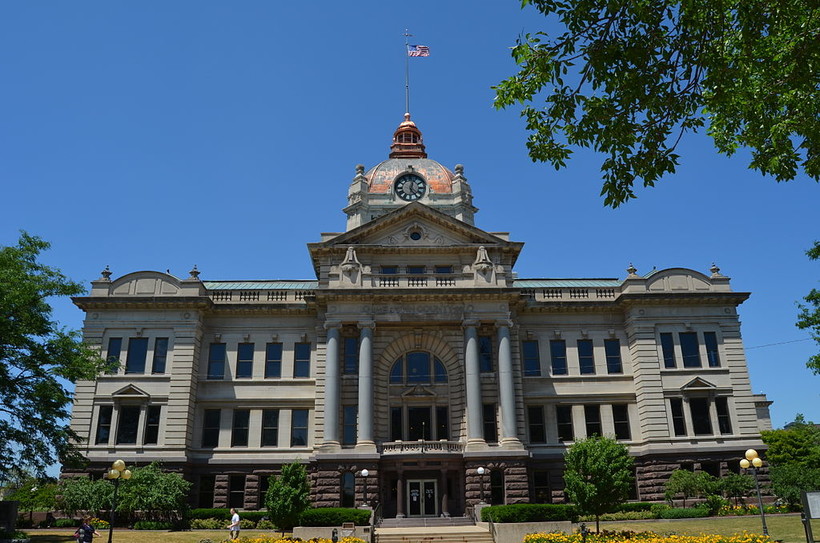 Last fall the De Pere Common Council approved an anti-discrimination ordinance that would protect transgender people from being fired or denied access to housing.

The ordinance was passed by the council Nov. 21 and took effect March 1. But its future is now in question.

On Feb. 22, a coalition of five local churches and a non-profit Christian radio station filed a lawsuit against the city stating the ordinance is "devoid of typical safeguards such as religious employment exceptions, or even the ministerial exception unanimously recognized by the Supreme Court."

Hope Lutheran, Crosspoint Church, Destiny Church, St. Mark’s Lutheran Church and Christ the Rock Church along with Lakeshore Communications — which owns Q90 FM — have all signed onto the lawsuit being argued by the Pacific Justice Institute.

In a press release announcing the suit, Brad Dacus, president of PJI, stated:

If cities can tell churches who they must hire, retain or promote, and to whom their sanctuaries and other sacred grounds must be made available, and what types of viewpoints may be espoused through advertising, our religious freedom is in serious jeopardy. It is alarming that the City of De Pere would not enact basic protections of religious freedom. We are very hopeful that the court will uphold the rights of these churches and this radio station.

PJI has asked the court to interpret the ordinance more narrowly or to dismiss it as unconstitutional.

But according to University of Wisconsin-Green Bay Pride Center Director Stacie Christian, De Pere's ordinance is not unique.

There are similar ordinances in both Madison and Appleton that have been implemented without any issue, she said, adding that the ordinance is meant to protect transgender people from being denied employment or housing.

Christian said that because of this, she doubts the lawsuit will have any traction.

"There’s just some very loud particular groups of people and there is just as many people who are supportive and think this is the way it should be," she said.

She explained that the point of the ordinance is to protect those who identify as transgender just as earlier laws protect people on the basis of religion or race.

"People should be allowed to get service. It should not matter if they’re transgender or not," said Christian.

But Mike LeMay, general manager of Lakeshore Communications, said the ordinance was "rushed through" and that it is too broadly written. He said it could force him to air a gay-oriented talk show, or that the ordinance could force the other plaintiffs to host gay marriages or drag shows at their churches.

While LeMay opposes the ordinance, he asserted he and his co-plaintiffs’ stance is not meant to disparage another person's sexuality.

"None of us want to see them treated as less than human or be denied the ability to go into businesses," LeMay said. "The challenge is simply to protect our religious rights according to the constitution."

UW-Green Bay's Christian stressed the ordinance would not impinge on religious freedoms.

"When you’re a church you’re allowed to be who you are," she said.

The lawsuit will be heard later this month in Brown County Circuit Court.