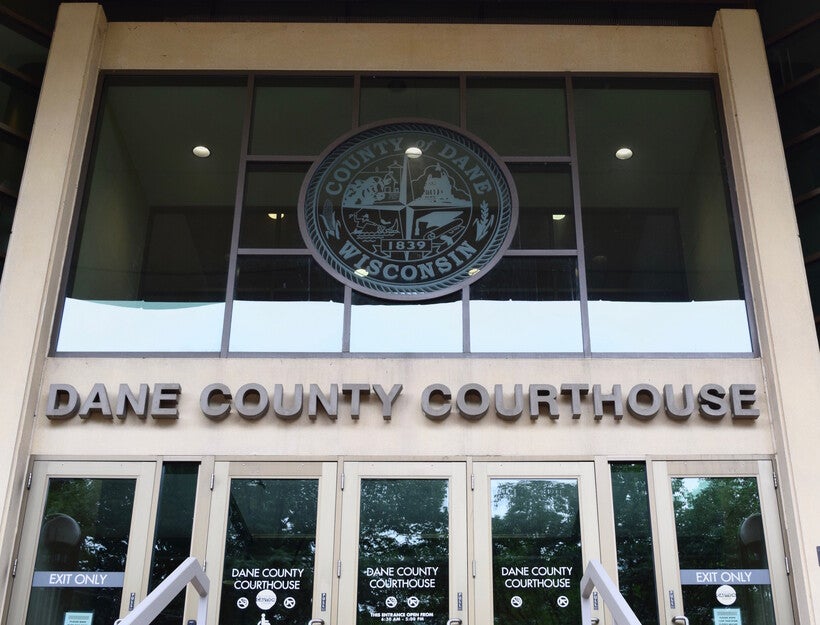 A Dane County judge heard oral arguments Monday on whether the former head of Wisconsin’s Natural Resources Board is violating the state’s open records law.

Midwest Environmental Advocates, or MEA, a nonprofit environmental law center, filed a lawsuit in October against the board, its then-chair Fred Prehn and the Wisconsin Department of Natural Resources in Dane County Circuit Court.

The group alleged Prehn violated the state’s open records law by withholding communications tied to MEA’s records request about his tenure on the board. MEA wants a judge to force Prehn to turn over all records, including text messages, regarding his continued refusal to step down after the expiration of his term last May.

In August, the Milwaukee Journal Sentinel reported that records show Prehn communicated with staff of Republican lawmakers and other conservatives about his decision to remain on the board. MEA has said it obtained a text sent by Prehn to fellow board member Bill Smith about Prehn’s term as part of a separate record request, indicating the potential existence of records that weren’t previously shared.

The bulk of oral arguments before Dane County Judge Everett D. Mitchell revolved around whether Prehn is considered an authority that’s required to disclose documents under the state’s open records law.

"Only Prehn has possession or physical control of the documents that were requested to be...turned over here or the text messages," said Lee. "And so, only Prehn can turn those over whether straight to MEA or to MEA through DNR."

Lee noted the Natural Resources Board and DNR have said they don’t have custody of the records in question. If the law doesn’t consider Prehn an authority, Lee said nobody would have oversight.

"That can’t be the law. It directly contradicts the presumption of complete public access by creating a loophole where officials can communicate outside of public view," said Lee. "And whether the public has access to those documents is entirely dependent on whether that official wants to turn the records over voluntarily."

If the messages contain personal information, Lee argued there's a process for addressing that if they're made public.

Prehn’s attorney Mark Maciolek has motioned to dismiss the case. Maciolek argued a state officer is not among the law’s definitions over who or what constitutes an authority. He said the reason may be that government relies on people like Prehn who volunteer to serve in appointed positions.

"If they are also tasked as our elected officials — with policing and curating and managing all their communications — in the event that there's some possibility that it could be a record, that's a pretty big burden to put on all these folks that, frankly, we are just lucky as citizens of the state," said Maciolek. "We're just lucky that they show up and do what they do."

Maciolek also argued the law defines a process for identifying legal custodians of records. He said that provision seems to apply directly to the DNR, indicating the agency would be required to designate one.

Under MEA’s argument, Maciolek said anyone with a position in government would be considered an authority under the law. He also questioned whether the text messages are records, arguing that Prehn’s decision has nothing to do with policy.

"You’re either there or not," said Maciolek. "It's not something that will be voted on by the Natural Resources Board."

If the court rules the messages are records, Maciolek said Prehn is "entirely committed to turning them over."

Prehn told WPR last spring there are a lot of issues that "could use his leadership" on the board, pointing to proposed regulations surrounding nitrate, water and wolf management.

The board has become the unlikely focus of a political power struggle. Gov. Tony Evers, a Democrat, appointed Sandy Naas and Sharon Adams in April last year. The two were named to the board to replace Prehn and board secretary Julie Anderson, who were appointed in 2015 by former Republican Gov. Scott Walker.

Anderson stepped down, but Prehn chose to remain on the board. Currently, the board's Walker-era appointees hold a 4-3 majority.

Prehn has said a 1960s-era Wisconsin Supreme Court ruling allows him to remain in his seat until the Republican-controlled Senate confirms Evers’ appointee. So far, GOP lawmakers in the Senate have made no move to confirm Naas.

In August, Wisconsin Attorney General Josh Kaul filed a lawsuit seeking to remove Prehn from the board. A Dane County judge dismissed that lawsuit. Kaul appealed the ruling, and that case will now be heard by the Wisconsin Supreme Court on March 10.

Judge Mitchell said he will review the statute based on the arguments presented. He expects to issue a ruling yet this week.