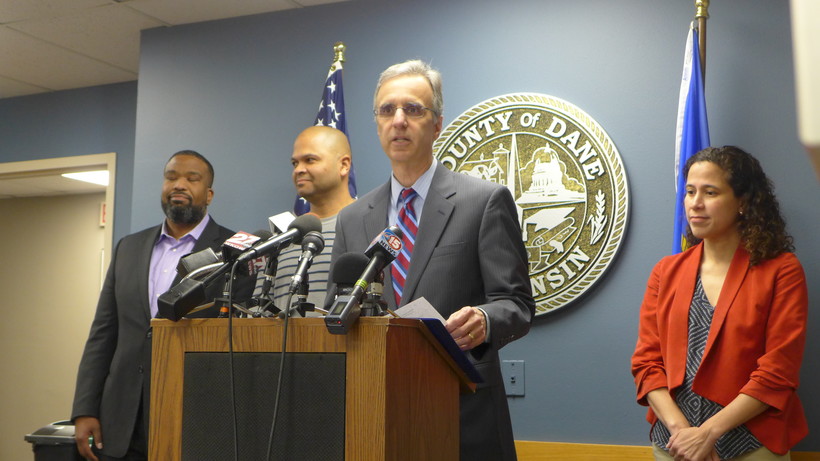 If County Board Approves, Private Funds Would Supplement Initial 75K From Taxpayers
By Shamane Mills
Share:

Dane County is proposing a plan to help immigrants find legal assistance and social services. Executive Joe Parisi says his proposal is designed to help people gain citizenship in a part of the state that relies on immigrants.

"We need immigrants in this community. We are the fastest-growing, highest job-creating community in this state. And we need workers," he said during a press conference Thursday.

Parisi would like county board members to amend the 2017 budget to allow the hiring of an immigrant affairs specialist to help people integrate and find community services. He's also calling on the county to spend $75,000 to start a private immigration assistance fund that will be overseen by a yet-to-be-determined organization in the community.

"Initially we want to focus on folks who have their green card, trying to get through that path to citizenship," Parisi said. "We want to be able to give advice to the dreamers, to people who may have been brought to this country with their parents when they were 2 years old who know nothing else other than the United States of America, who are suddenly terrified that they could be deported to a country that they’ve never lived in and may not even speak the same language."

The proposal comes in the wake of Republican efforts, both nationally and in Wisconsin, to punish so-called sanctuary communities that don't work with federal immigration enforcement efforts. A bill making the rounds at the state Capitol authored by Rep. Janel Brandtjen, R-Menomonee, would impose financial penalties on such communities, but Parisi said he doesn't think his proposal would put Dane County in the sanctuary category.

"I don’t think we’re doing anything that runs afoul of what we’re legally able to do here," he said. "First of all, we’re going to create a position that helps people navigate the system. That’s part of what county government does. We help connect people to services that exist within county government and throughout the community. And as far as the fund, we’re providing seed money and then that fund will belong to the community. Because the community will raise dollars to increase that fund."

The proposal will be introduced to the Dane County Board next week. If it passes, Parisi hopes to have things up and running in two to three months.