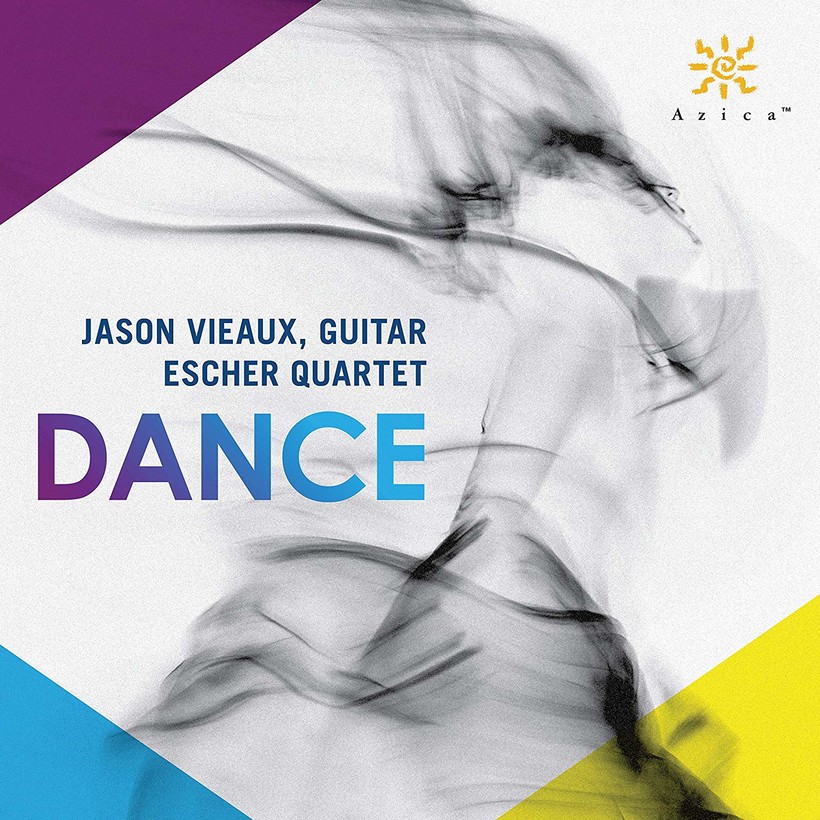 Music by Boccherini, Castelnuovo-Tedesco and Kernis
By Stephanie Elkins
Share:

Jason Vieaux is a Grammy-winning performer (2015 Best Classical Instrumental Solo) who joined forces with the New York City-based Escher String Quartet for a new recording on the Azica label.

The new release is called "Dance," as it contains three major works with dance themes. The similarities end there.

Composer Luigi Boccherini spent a fair amount of his career working at court in Spain, and while there arranged a number of earlier pieces for guitar and string quartet on commission from a nobleman. One of these is nicknamed the "Fandango" for that fabulous dance — Boccherini even included a little percussion for authenticity, which the recording includes.

The Guitar Quintet by Mario Castelnuovo-Tedesco dates from 1951, one of several works written for Spanish guitarist Andrés Segovia. The two had a relationship spanning the old and new worlds, and this quintet was composed over a decade after Castelnuovo-Tedesco left Italy for the United States in the wake of anti-Semitism.

The most modern piece is by Aaron Jay Kernis, composed in 1993, and it's fun! “100 Greatest Dance Hits” has four movements, each one expressing a dance genre, including salsa and disco. The titles of the movements are just as entertaining as the music itself (“Introduction to the Dance Party” and “Dance Party on the Disco Motorboat” for instance.) But don't let those fool you — the performances are stellar, including percussion from Vieaux.

"Dance" is a deeply satisfying recording by five virtuoso instrumentalists achieving a flawless sense of ensemble. And they're having a blast.