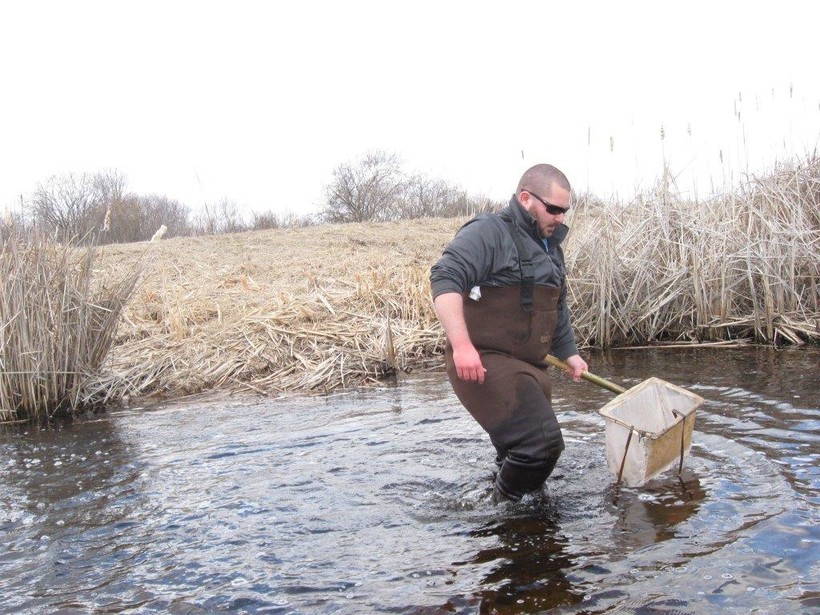 A popular sport fish has a chance at a comeback in northeastern Wisconsin.

Two dams have been removed near Green Bay and scientists are checking to see if that will give northern pike better access to spawning grounds. The two concrete dams, which dated back to the 1920s, were located on a creek about five miles inland from Green Bay on the Oneida Indian Reservation. No one seems to know exactly why they were ever built - maybe to "pond up" an ice skating rink.

Last year, the tribe and Brown County took down the barriers, hoping the removal will help northern pike move inland from Green Bay to their spawning grounds along Duck Creek.

Nicole Van Helden is with the Nature Conservancy and directs conservation for the Green Bay watershed.

"By removing those dams and opening up habitat, there's now fish access to over 170 river miles of stream habitat and I think over 700 acres of wetland habitat. The researchers are trying to look this year to see: Where are those fish going? Are they traveling upstream to places they haven't had access to in over 80 years?"

Northern pike are toothy, predatory fish. Van Helden says it's too early to tell if the dam removals are having an impact.

But she predicts they will help other species besides pike.

"Crayfish and mussels will be able to move upstream. Associated things like birds...because of the fish, will move up. They will have more food sources upstream. It's a whole system."

The northern pike can migrate in streams or ditches as shallow as three inches, so the researchers from University of Wisconsin-Green Bay are driving around country roads, stopping to catch and count as many of the baby fish as they can.