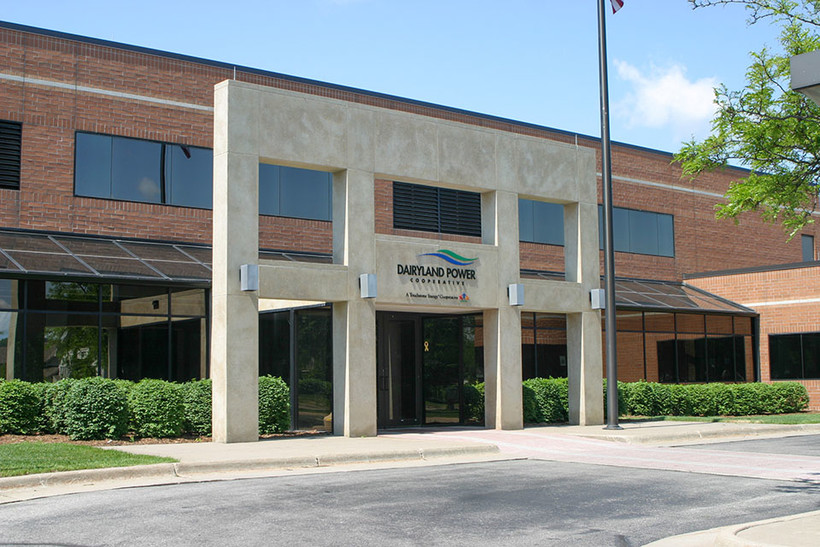 The La Crosse-based company enters into an agreement with Portland-based NuScale
By John Davis
Share:

A La Crosse-based energy company is exploring adding nuclear energy back into its mix of power to provide customers with electricity.

Dairyland Power Cooperative has entered into an agreement with NuScale Power based in Portland, Oregon to explore using its smaller scale nuclear generating technology to provide power to more than a half million residents in Wisconsin, Minnesota, Iowa and Illinois.

"We would describe our involvement at this stage as exploratory," said Dairyland Vice President of Strategic Growth John Carr. "(We) definitely owe it to our members to explore all of the alternatives available."

Dairyland is the second Wisconsin utility to partner with NuScale in the past year. Xcel Energy — with customers in northern and western Wisconsin — entered into a similar agreement with NuScale last summer.

There is no timetable between the companies to develop a nuclear power source in Wisconsin.

Dairyland officials are viewing the potential development of a new nuclear power source as a way to provide a reliable carbon-free alternative to power sources like wind and solar, which Dairyland has invested in in recent years.

Carr said despite that investment, there are winter days when Dairyland is getting 50-75 percent of its energy from carbon fuel sources like coal or natural gas to ensure a reliable power source.

"Wind and solar have made great strides coming into the grid in this region. But as we think about getting to higher levels of renewable energy that’s intermittent there has to be some way to bridge that intermittency," he said.

Dairyland is also looking at other alternatives including battery storage for the wind and solar power it already generates.

There is just one active nuclear power plant in the state now — Point Beach in Two Rivers near Lake Michigan in far southeastern Wisconsin.

Two other nuclear plants, the Kewaunee Power Station on Lake Michigan in northeastern Wisconsin owned by Dominion Energy and one owned by Dairyland in Genoa about a half hour south of La Crosse on the Mississippi River haven't operated for years.

Dairyland’s Genoa plant generated nuclear power for 18 years and stopped producing nuclear power in 1987. The company produced coal energy there until last year when the plant was shuttered. Spent nuclear fuel is still stored in dry casks at the Genoa site waiting for a permanent spent nuclear fuel repository site in the United States.

But that history doesn’t mean Dairyland will put new nuclear technology at Genoa.

"At this point and time, we have not identified any particular site," Carr said. "There’s a lot that goes into the siting and permitting that will be part of the conversation in years to come."

Former Republican Gov. Scott Walker signed a law in 2016 ending a moratorium on new nuclear plant construction in the state that had existed since 1983.

NuScale Power has developed what it describes as groundbreaking small modular reactor, or SMR, technology it considers safer, creating a smaller footprint for energy companies to build new nuclear plants.

"The climate objectives, both in the U.S. and around the world are really driving interest in our leading technology," said NuScale Chief Commercial Officer Tom Mundy. "Being able to reduce the carbon footprint of their generation portfolios and ensure that they have a secure supply of fuel needed to operate their generating resources."

Building new nuclear plants in the U.S. is outlawed in 13 states including neighboring Illinois and Minnesota.

Mundy and Carr agree that finding a federal repository for existing and future spent nuclear waste is one of the keys to building new nuclear plants. Wisconsin law for example only allows for new construction if a place to store spent nuclear fuel is approved by the federal government. While it's been debated for decades, there’s been no resolution.

NuScale has about 20 agreements with utilities or governments in the U.S. and Europe, but has yet to construct a nuclear power plant.

It would take at least six to seven years to develop a new nuclear power plant anywhere in the U.S., according to Mundy.