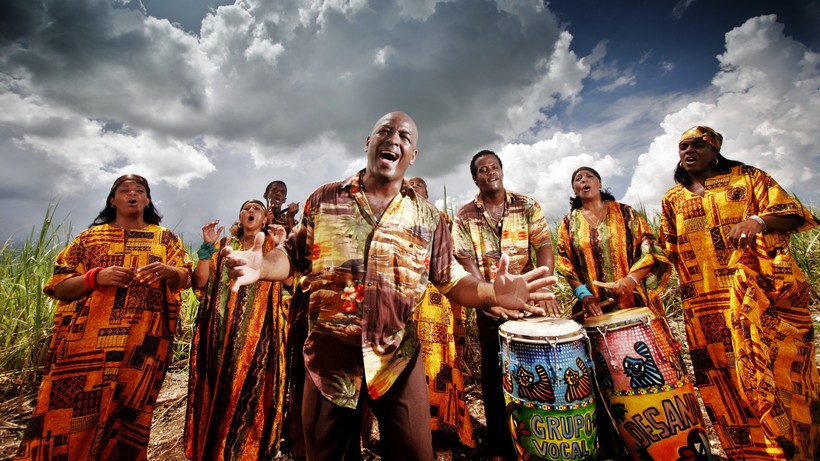 The Culture Of Cuban Choral and Instrumental Music

The Creole Choir of Cuba is a Cuban musical group signed to Peter Gabriel's record label - Realworld Records.  This vocal collective, one of many in Cuba, is represented by Haitian descendants enslaved to the Caribbean from West Africa.

CCOC hails from Camagüey, the country’s third largest city, located near the eastern end of the island. Songs are sung in creole, Cuba's second language first created by fusing words together from various African languages.  English, a third language is widely spoken about the island as well.

Historically, Cuban music has had a significant imprint on North American music - particularly jazz.  I've had the pleasure of traveling to Cuba on several occasions listening to, researching and talking with both local scholars and Cuban musicians in clubs and on the streets of Havana.

Professional performers are superbly talented artists whose musicianship would marry well with most classical and popular ensembles in the U.S.

Among the periodicals and published texts are three of my favorites:

Cuba and Its Music by Ned Sublette, Chicago Press Review, 2004; to date, this massive publication is by far the best and most complete.

The Rough Guide To Cuban Music by Philip Sweeney, 2001 is an easy read with citations on a good number of Cuban musicians is worth "exploring".

Cuba - What Everyone Needs To Know by Julia E. Sweig, Oxford University Press, 2012 2nd Ed is a kind read that offers the author's insights on Cuban history and culture.

One style of music that is seen as a symbol of Cuban Nationality is son. It is an intrinsically Cuban blend of African drums and rhythms along with Spanish guitar and melody. In the middle of the 19th century, imported enslaved Africans adopted songs and dances to Spanish instruments. At the end of the 19th century in eastern Cuba the melody was assigned to voices and the instruments carried the rhythm. One important local instrument was and are the claves, two rounded sticks of wood struck against the other. This is the rhythmic foundation of son. The tres, a guitar with 3 double strings, also originated in the eastern part of Cuba. Son is a traditional and a purely indigenous style of music.

Another style of music that is seen as a symbol of Cuban Nationality is the rumba. Rumba is the most intensely African music in Cuba-an outgrowth of Afro-Cuban religion and slave music. Based on percussion and voice it features call-and-response in both African language and Cuban Spanish. Social gatherings often evolve into informal rumbas, a generic term which covers a variety of African derived rhythms and dances involving movement of the hips.

Benny More   1919-1963  An Important National Figure
This tenor sang everything from son to mambo and is considered perhaps the greatest popular Cuban singer of all time.  He had a fluid tenor voice which he colored and phrased with great expressivity. He formed and led the leading Cuban big band of the 1950's until his death in 1963. Although he couldn't read music, he arranged material by singing parts to his arrangers. On June 11, 2006 Benny More was honored with a star on the Walk of Fame at Celia Cruz Park in Union City, New Jersey a heavily Cuban-American community.