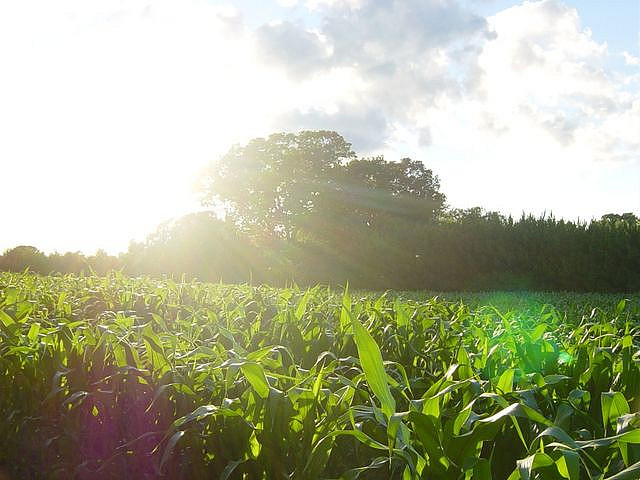 The price of corn is currently falling. Photo: Theresa B. (CC-BY-NC-SA).

Crop Land Rental Prices Are Up In 2014

Rental Costs Could Soon Fall In Alignment With Price Of Corn
By Maureen McCollum
Share:

The average cost of renting land to raise crops in Wisconsin has increased from last year, a trend that comes as corn prices have been falling.

The National Agricultural Statistics Service says the average rent for cropland in Wisconsin increased by $10 an acre to $130 in 2014. The most expensive area to rent non-irrigated cropland is in Lafayette County in southwestern Wisconsin, while the cheapest is in Ashland County in the northwest.

“Rents will be highest in those areas where we can get the highest return from the crops,” said Bruce Jones, a professor of agriculture economics at University of Wisconsin-Madison. “So the southern tier — maybe Rock County and Dane County — tend to have higher rents. As you get further north, where productivity of the land is a little less and climate is less conducive to row crops, you see a fall off of rents farmers have to pay in those areas.”

“The commodity prices lead the rent,” he said. “And corn prices shot up in 2008, tempered a little bit in '09, went up back up in '11, '12 and '13 — and rents followed. Now corn prices have fallen off rather dramatically, so we would expect to see rents starting to follow those lower corn prices. ”

He says if there's an extended period of low corn prices, at somewhere between $3.50 and $4 a bushel, then rent for cropland might decline.