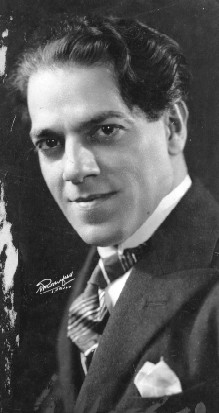 A sojourn in Paris was necessary for an aspiring composer, but the cost of living was high, and, toward the end of 1927, Heitor Villa-Lobos was beginning to run out of money. He needed to attract more people to the concerts of his music, and he concluded that the fastest way to do it would be with some powerful publicity.

The Brazilian decided to play up his exotic origins. To critic Lucie Mardrus he gave a long interview in which he told a remarkable story.

The resulting article appeared soon after a concert of his music. It was called “The Adventures of a Composer: Cannibal Music.” In it, Villa-Lobos told of being captured by cannibals and continuing to compose, even during the three days before he was to be roasted and eaten. The interviewer suggested that one item from the recent concert, Three Indian Poems, derived its themes from Indian melodies Villa-Lobos heard during his captivity and that he had gathered the savage sounds of another piece, Nonetto, as he waited for death.

In printed programs, Villa-Lobos had already credited anthropologist Roquete Pinto with supplying the melodies for his music.

Nonetheless, the publicity lured plenty of Parisians to the next concerts of le sauvage brésilien, but the city’s Brazilians found the article offensive and stayed away.

Despite the questionable validity of the article, most of those who attended the later Paris concerts of Villa-Lobos’ works found that his music had genuine value and originality. Most prominent among the Brazilian’s advocates was critic and composer Florent Schmitt, whose remarks gave a big boost to Villa-Lobos’ international reputation.

“We see ourselves in the presence of a youth three-quarters a god,” Schmitt wrote, “with teeth like a crocodile and eyes of fire…The art of Villa-Lobos is founded upon the simple native devices that his genius has assimilated marvelously.”