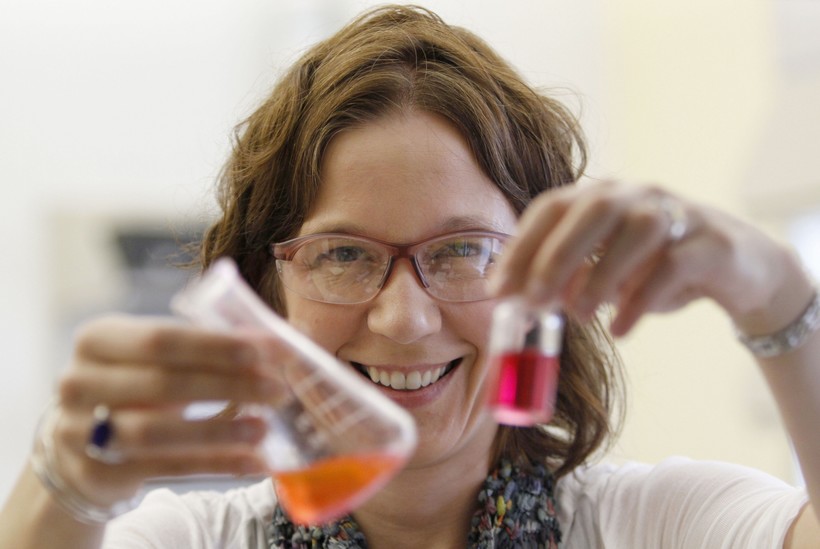 Creating A Network For Women In Science

Women make up 30 percent of the workforce in science and engineering occupations in the United States, even though women earned 57 percent of all bachelor's degrees since the 1990s, according to a National Science Foundation 2017 special report.

While women’s share of positions in the science, technology, engineering and math (STEM) fields has increased over the last decades, they still face roadblocks and grapple with stigmas and questions.

For women who do get into science and need an outlet, there’s a resource: the Earth Science Women’s Network, or ESWN.

The organization has more 3,000 women working in more than 60 countries, and it’s the largest organization of women in the earth sciences — meteorology, oceanography, geology, soil science, space science and volcanoes, just to name a few.

"When we started ESWN, we had no idea that it was going to grow to be this large," said Tracey Holloway, co-founder of the organization and professor in the Nelson Institute for Environmental Studies at the University of Wisconsin-Madison.

In 2002, Holloway was a post-doctoral student working at Columbia University in New York. She and some friends finishing up PhDs were all going through transitions that would affect their careers.

"Many of these questions were things that were too personal to ask our boss or PhD adviser, but they were often too career-relevant or professionally important to just rely on our girlfriends or our moms," Holloway said.

The group, who originally met at a conference in Washington, stayed in touch and talked about issues like what jobs to take, whether to move across the country, what to wear to an interview and more.

"In time, we found that actually the issues that we were each facing individually were pretty typical of the kind of problems and challenges that are facing all scientists, but that have a particular resonance for women," Holloway said.

The typical scientist moves five or six times between the ages of 20 and 30, she said. That includes moving for college, graduate school, a post-doctoral position for a couple years, then possibly a permanent job. For women, this decade of life is often dedicated to settling down and having kids.

One topic the women in ESWN might discuss is whether or not a woman should change her last name after marriage. This is an issue relevant for women in all walks of life, but Holloway said it’s a particularly significant question for women in science.

"As a scientist, really from the minute you enter graduate school, you’re trying to make a name for yourself, you’re trying to build your reputation as a scientist; and if you publish a couple of papers under your maiden name, and then you’re ready to make the leap to get married, well, what are you giving up by changing your name?" Holloway explained.

ESWN received a numerous responses to this question, and women shared their experiences and opinions. Holloway said the organization summarized all of the responses and put it in a graph form to share. Many members said it was helpful to know there were different experiences and alternatives to a name change, she said.

The organization has discovered that what one female scientist may think is a personal problem is often a systematic issue. Holloway used awards as an example.