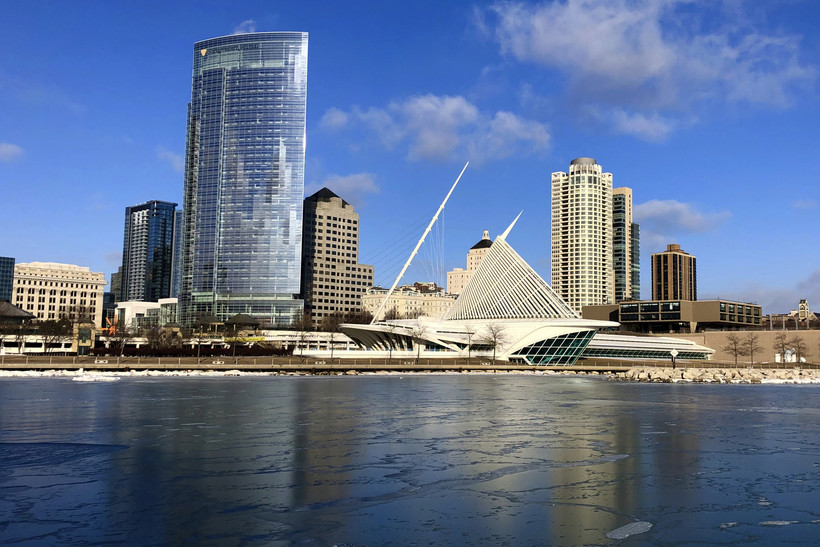 Could Milwaukee really see $200M from the RNC? Some experts doubt it.

Fifty thousand visitors and $200 million in economic impact — these are the estimates two years before the 2024 Republican National Convention is set to take place in downtown Milwaukee.

The estimates were widely cited during the city's push for the convention in May. Milwaukee Mayor Cavalier Johnson said the convention would be an "economic infusion" to the city during a press conference.

But some experts believe that the economic impact estimate is likely too high, pointing to studies that have researched past political conventions.

After the 2020 Democratic National Convention moved to a virtual event because of the COVID-19 pandemic, the city will once again have its shot at the national spotlight. But the entire Greater Milwaukee area could also benefit because of the convention, as the hospitality industry will see a large increase in visitors.

Dr. Phillip Rocco, a political science professor at Marquette University, said it's not unusual for the early economic estimates for political conventions to be high.

“Which is not to say that some local businesses won’t see a boost from the convention," Rocco said. "But the actual size of that boost might be a great deal smaller than what’s suggested."

Rocco said studies have found that the greatest financial impact during political conventions is visitors staying in hotels. Rocco said that could add up to about $20 million.

"And the question is how you go from $20 million in additional room nights to $200 million? And the numbers there don't typically add up," Rocco said.

Area hotels that aren't locally owned likely won't see a financial boost, according to Dr. Victor Matheson, an economics professor at the College of the Holy Cross.

"All that money — even though it's spent in Milwaukee, it's not sticking in Milwaukee," Matheson said. "It’s going back to corporate headquarters back in Washington or in New York City."

Matheson authored a 2017 study that looked at the economic impact of large political conventions. He said the $200 million figure cited by Johnson and VISIT Milwaukee is "almost certainly wildly incorrect."

In 2016, Cleveland hosted the GOP convention over four days in July. Before the event, city leaders said the convention would bring in $200 million. They also estimated the event would being in 50,000 visitors.

But a 2017 study from Cleveland State University found the economic impact from the 2016 convention was at $142.2 million. The study also found approximately 44,400 visitors came to the event.

The study looked at employment, labor income, value added, output and taxes as the five factors for economic impact. The researchers used survey-based responses and spending estimates, and added that the estimates could be conservative.

"On the other hand, it can be argued that the RNC displaced economic activity already occurring in downtown Cleveland, and the region lost value in terms of spending and productivity," the study also found.

Many of the visitors were media members and security officers, according to the study. The RNC supported 1,348 total jobs, the study said.

Since the 2016 convention, Cleveland has also hosted the 2021 NFL Draft, the 2019 MLB All-Star Game and the 2022 NBA All-Star game. That's encouraging to Omar Shaikh, a Milwaukee restaurateur and developer.

"Our business is going to boom and I think we're going to get other conventions because of this," Shaikh said.

Shaikh said the COVID-19 pandemic has been detrimental to the hospitality industry in the city. The convention will offer a boost to the industry, even before the convention begins, he said.

"Everyone in the side of hospitality is really excited for this to come," he said.

Leading up to the event, the construction industry could also get a boost, according to Michael Farrell, a finance professor at the University of Wisconsin-Milwaukee. Farrell said more infrastructure is likely needed for the event. The added infrastructure could also bring more events or conventions to the city down the road as well.

"So once that's in place, then the cost of having future events ... goes down and it's much easier to do it once you have all of that in place," Farrell said.