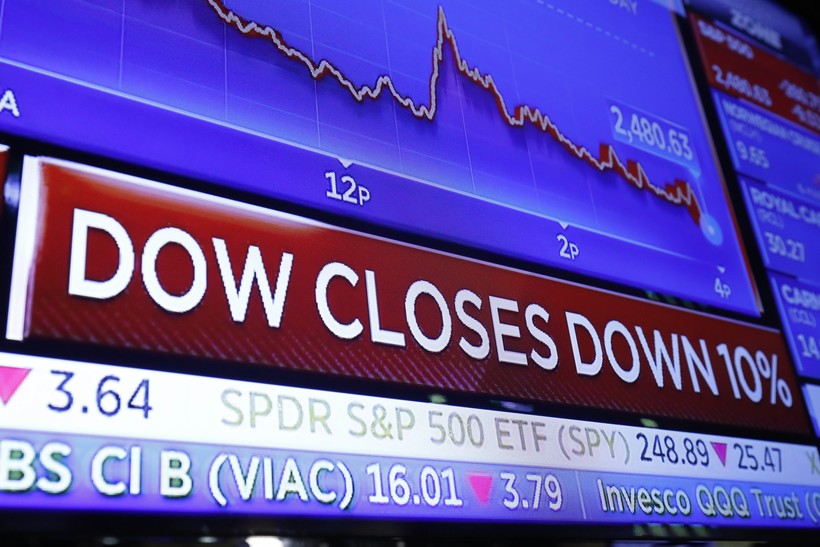 A television screen on the floor of the New York Stock Exchange headlines the day's activity, Thursday, March 12, 2020. The stock market had its biggest drop since the Black Monday crash of 1987 as fears of economic fallout from the coronavirus crisis deepened. The Dow industrials plunged more than 2,300 points, or 10%. Richard Drew/AP Photo

But Things Should Level Off Once Pandemic Is Under Control, UW Finance Professor Says
By Elizabeth Dohms-Harter
Share:

Apparently not much is immune to the effects of COVID-19, including the stock market.

The Dow Jones, a major industry index, dropped more than 9.3 percent during Thursday morning's opening hour of trade, the largest dip since 1987. The Federal Reserve plans to inject $1.5 trillion into lending markets and buy about $60 billion in treasury bonds for the next month.

It sounds bad, but a lot of that stems from there being so much unknown about the coronavirus and the spread of COVID-19, said Bjorn Eraker, the Bill Nygren chair of investments and professor of finance at the Wisconsin School of Business at the University of Wisconsin-Madison.

"I think this is going to be here to stay for a little while until we figure out how to stop this pandemic," he said. "When we get on top of the pandemic, I think things are going to level off."

What exactly is the Dow Jones?

The Dow basically is a measure of the value of a portfolio with about 30 different stocks. These are largely in big blue chip companies such as Microsoft and Coca-Cola. There's a private company that determines which companies end up on the Dow and the index mostly comprises companies that trade on the New York Stock Exchange.

"(The Dow) is used as a measure of what the overall market is doing at a given point in time," Eraker said.

That's important, because its ebbs and flows can reflect changes to your portfolio of stock in your retirement. Eraker said on any given day, stock portfolios in retirement portfolios will probably go the same direction as the Dow or S&P 500.

"Stocks are heavily correlated," Eraker said. "If the Dow goes down 10 percent, the likelihood is that your stock market portfolio probably suffered a similar — maybe smaller, maybe bigger — but similarly-sized losses."

Should we be using the Dow as a sort of metaphor for the American economy?

Eraker said it's likely that the coronavirus will lead to a recession, being careful to point out that it's still very unclear how long and how deep that recession would last.

The Dow is a pretty good indicator of what investors think will happen in the future, but Eraker warned that it's not always accurate.

"It's important in itself because if prices go down and volatility goes up as much as it has, then it becomes difficult for companies to go out and finance their activities," he said.

Lately, the VIX, or volatility rating, is at about 75, meaning it's "extremely volatile," Eraker said, noting that the average value historically is about 20, and just a few months ago it was in the teens.

"We haven't seen levels like that since 2008, so it's indicative of a very volatile, very nervous market," he said.

Eraker said chances are the VIX will remain high until there's some clarity about what's to come. 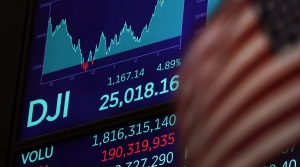 The stock market has been up and down over the last few weeks as the novel coronavirus disease COVID-19 continues to spread. The Dow Jones Industrial Average has been particularly volatile. We talk to an expert about what's happening with the Dow Jones and the market.