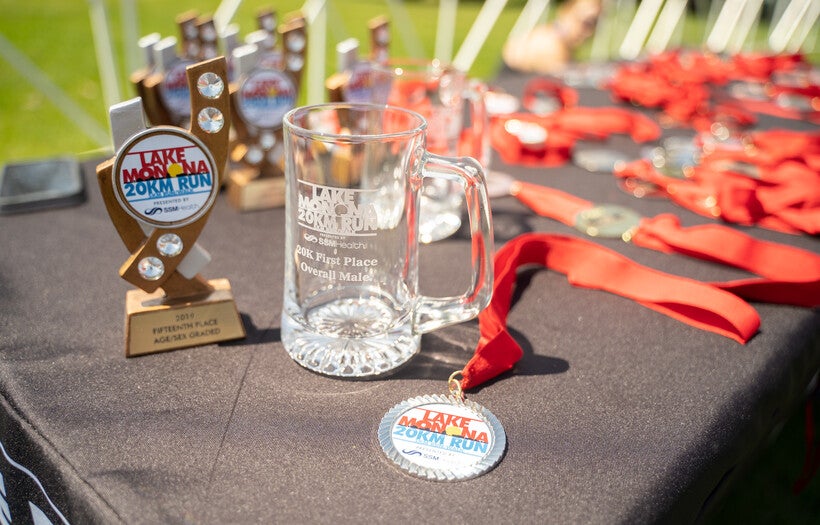 The Lake Monona 20K winds through Madison and Monona. Participants get a medal and a post race beer. It was one of many spring races that had to be canceled this year because of concerns over COVID-19. Photo courtesy of Race Day Events

Coronavirus Brings Races To A Standstill

The coronavirus pandemic has resulted in a temporary timeout for athletic events in Wisconsin.

There’s been a cascade of cancelations for spring marathons and shorter distance races which have left organizers scrambling. Many are offering virtual races instead.

This year's racing season got off to a false start as events around the country were delayed or canceled because states issued stay-at-home orders limiting crowd sizes. Wisconsin has a prohibition on groups of 10 or more. That meant the Milwaukee Marathon was a no-go. Lora Daley was ready to run but didn’t.

"I knew that I had trained for it, and I had this mixed reaction but ultimately it was relief because I didn’t want to feel peer pressure to do something I knew probably was not safe," explained Daley, 46, who lives in Grayslake, Illinois. 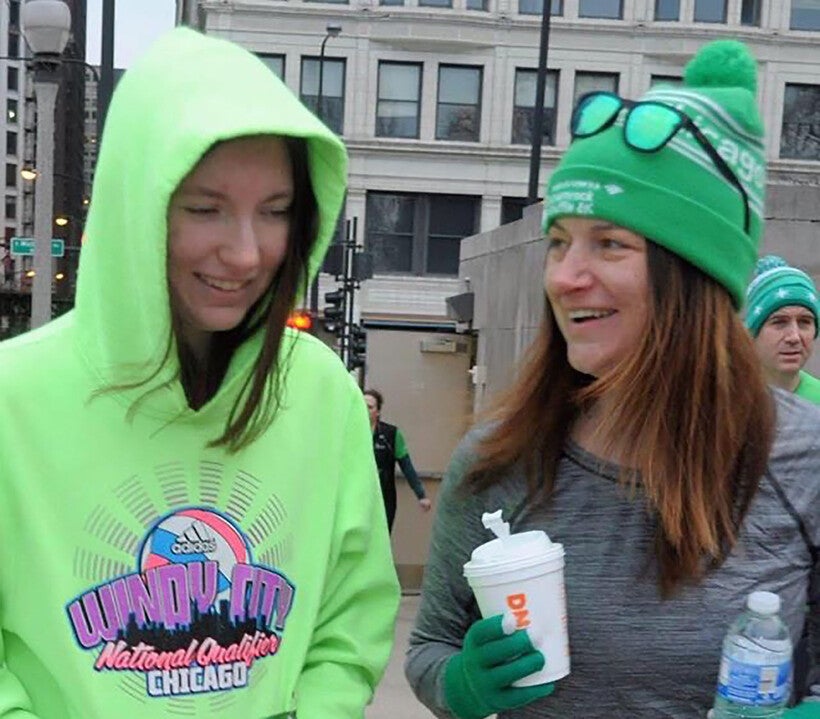 Lora Daley and her daughter, Claire, try to stay warm before the 2019 Shamrock Shuffle in Chicago. The event is considered the start of the Midwest racing season. Daley was signed up for the Milwaukee Marathon but it was canceled due to concerns over COVID-19. Photo courtesy of Lora Daley

Organizers of the canceled Milwaukee Marathon offered an alternative: a virtual race. It allowed people to use a fitness app to time themselves as they ran the course. But not with other people. It was a solution that appealed to some participants, but not all.

"I thought, 'I don’t know that I want to be out there by myself running 26 miles, socially distanced, right? And not able to access help or running in a crowd like I normally would be if I got hurt. And then exposing myself to a virus,'" said Daley.

But it isn’t just participants that lose out when an event doesn’t go off as planned.

Furloughed employees have since returned to work, Richards said, but eight races the company was helping with have been called off this spring, including the iconic Crazylegs Classic, a fundraiser for University of Wisconsin-Madison Athletics. The 8-kilometer race draws elite college athletes and those who run reluctantly.

"Two months after meeting my boyfriend, I asked him if he wanted to do Crazylegs," said Rachel Kreif of Madison. "And because we were in the first few months of dating he was like 'Sure. I’ll do that.' He’s not a runner at all." 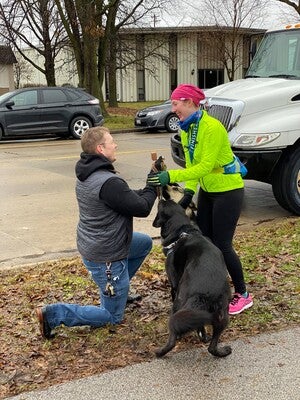 Rachel Kreif and Rockwell Rice are planning to marry this year. Her fiancée, whose nickname is "Rocky," proposed marriage after she finished the Last Call Run & Walk Dec. 1, 2019 in Waukesha. Kreif also did a virtual Milwaukee Marathon after the event was canceled due to safety concerns amid the coronavirus pandemic. Photo courtesy of Rachel Kreif

That was in 2016. They’ve been running the race ever since. But not this year. Kreif, 33, also signed up for the canceled Milwaukee Marathon, which she ran on her own.

"There’s a few positives that came from doing a virtual race as opposed to doing one in person," Kreif said. "One of those was that I was able to start and finish with my fiancé and our dogs, which you don’t get to do in a normal race."

Very little is "normal" right now as Wisconsin and other states try to limit a disease they don’t want to spread further.

Across the country, more than 5,000 events have been canceled that were to take place from March 13 through the end of June, said Rich Harshbarger, CEO of Running USA, a trade association for the sport of distance running.

"This is unprecedented," said Harshbarger. "Definitely weather has been an impact in the event industry forever. And you have insurance and various backup plans to handle those things. But a pandemic, an epidemic, an outbreak really is unprecedented."

The trade group organizes events ranging from the prestigious Boston and New York marathons to smaller events like the Monona 20K, which a Wisconsin tourism site describes as having a "small race feel with big race perks."

Tourism in Wisconsin and other states relies in part on destination races — where people are willing to travel for their sport. They can't do that now and participation in running events could continue to drop. Since 2014, there’s been a small but steady decline, according to a report Running USA puts out each year. 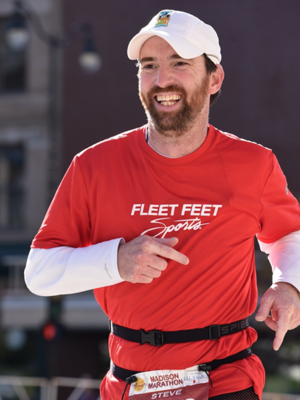 Steve Donovan has run 29 marathons, including the 2016 Madison Marathon. But the coronavirus pandemic has forced many sporting events to cancel. Donovan was signed up to run in this year's Milwaukee Marathon which was scheduled to take place April 11. The event was canceled due to concerns over COVID-19. Photo courtesy of Steve Donovan

"It's still a viable industry. The demographic remains highly desirable: mostly female, mostly young, educated, high disposable income," Harshbarger said. "So, from a sponsorship standpoint it’s still desirable even though the numbers have declined slightly over the last six years."

According to Running USA, 17.6 million people participated in a race last year across the country. But the pandemic could be a tough hurdle to overcome, even for an industry that thrives on challenge.

Fortunately, there will always be competitors who find the finish line irresistible.

Steve Donovan has run 29 marathons. The 48-year-old from Verona also signed up for the canceled race in Milwaukee.

"I’ve done enough runs that it doesn’t really affect me personally," he said. "Who I do feel bad for is somebody who has a first marathon and people who put this in their cross-hairs as their most important race of the year."