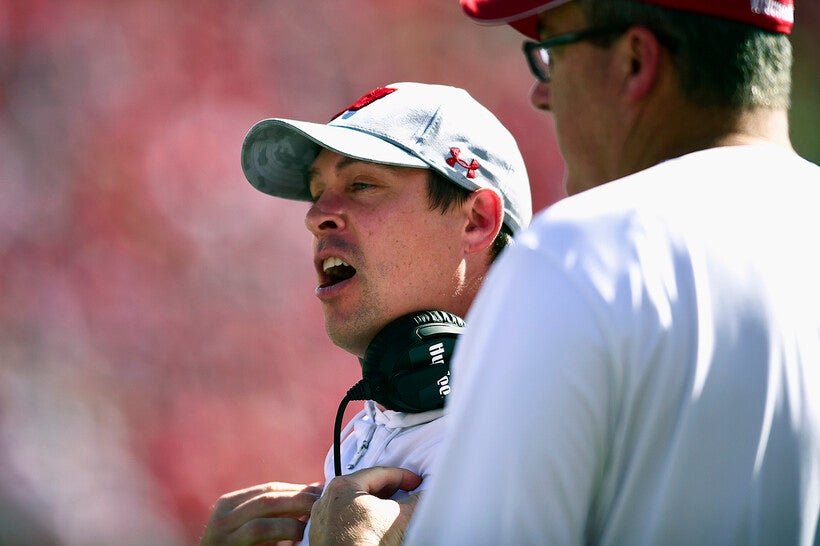 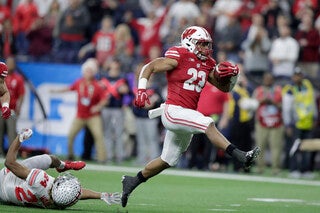 What will become of the Badgers this season? We ask a sports journalist.

He started as a walk-on at Camp Randall in 2001. Now Jim Leonhard will take the helm as interim head coach of Badgers Football. It's a career change he said was a "dream coming out of a nightmare."

The rare, in-season staffing change was made Sunday, after Paul Chryst was fired by University of Wisconsin Athletics Director Chris McIntosh.

The ousting came as a shock to fans and analysts who are used to an organization known for consistency and an even-keeled approach in tumultuous times. It also comes at a cost — the university owes Chryst upwards of $16.4 million in buyout money, though a final number has reportedly been negotiated to a lower amount.

But a slow start to the season — including back-to-back Big Ten Conference losses — led McIntosh to show Chryst the door. 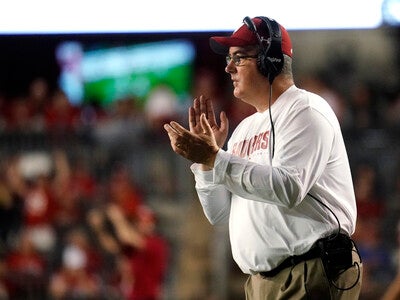 "I'm tasked with making difficult decisions about the future and of the direction of this program, and I felt at this point in time that a change was needed," McIntosh said during a press conference Sunday night.

"The expectations of our program at Wisconsin are to win championships. And I felt that it was the right time to make a change to pursue those," he added.

"I had a long relationship with Coach Chryst, as a player, mentoring me as I got into coaching. This man hired me with zero coaching experience and named me his coordinator a year later," Leonhard said Sunday. "So very emotional day for myself. And with that being said, it's a dream for myself coming out of that nightmare."

Chryst, also a UW-Madison alumni and former Badgers player, headed the program for seven seasons, winning 67 games. He was a two-time Big Ten Coach of the Year. As head coach, the Badgers won three Big West division titles and had three top-15 finishes. He's also only the third coach in recent Big Ten history to win at least 50 games in his first five seasons as head coach.

Leonhard, 39, ended his tenure as a player as an All-American safety in 2004. After a 10-year career in the NFL, he returned to Camp Randall in 2016 as a defensive backs coach.

Chryst appointed him as defensive coordinator in 2017, a post he held until being promoted to interim head coach on Sunday.

With less than a week until their next game, Leonhard says his focus is on the players — many of whom he said committed to Wisconsin because of Chryst.

"Right now, it's how do we control the emotions and how do we get our players to compartmentalize — being a kid, going home, being a student — and then when they're in this building, being able to focus and get prepared to win a game," he said.

"If you're gonna move on from Paul Chryst, you're not just handing the job to anybody. You're handing it to the guy that I agree was probably all along the next man to become the head coach here," Polzin told Wisconsin Public Radio's "The Larry Meiller Show" on Monday. "I didn't see it happening on Oct. 2 2022, but I thought that whenever they moved on from Paul or Paul decided to move on on his own, Jim Leonhard was next in line."

Still, Polzin said the rest of the season will be an audition for Leonhard.

"It's a seven game audition similar to the one Greg Gard had in the basketball program back in 15-16. When Bo Ryan retired that season and Greg Gard made the most of that opportunity and parlayed it into a full time job," Polzin said. "This is a difficult spot, you're talking about ... everything bad going on in the program and you've got seven games to prove yourself."

“This place means a lot to me.”

“I feel like I can take this opportunity and help this place grow. That’s why I came back a number of years ago. It’s why I haven’t left.” - Jim Leonhard pic.twitter.com/UetzSHPiwV

As for an increasingly competitive, and ever-expanding Big Ten Conference, Polzin said winning year after year is only going to get more difficult.

Just this summer, the NCAA announced that UCLA and USC would move to the Big Ten in 2024, leaving the powerhouse Pac-12 Conference. The move means an increasingly brutal schedule for the Badgers, and a multi-billion dollar media deal for most Big Ten teams.

"It's great for a lot of things, including the checkbook, the finances, I mean that media rights deal is gonna bring a ton of money for UW," Polzin said. "I've gotten a mixed reaction from fans ...  I think it's attractive to some people, it also seems like a weird fit to some people who view them as outsiders."

But for those expecting the Badgers to step into the elites of college football — like the Alabamas, LSUs and Ohio States — more than a change in coaching will be needed.

"Wisconsin has been sitting in the right lane on cruise control and that separation has become great," Polzin said, citing the priorities of boosters and fans at programs like Ohio State.

What will become of the Badgers this season? We ask a sports journalist. 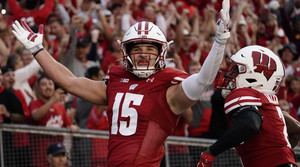 Fall means football and the Badger’s season is in full swing. We talk with a sports journalist about his expectations for the Badgers and get his reactions to changes in the Big 10 conference.