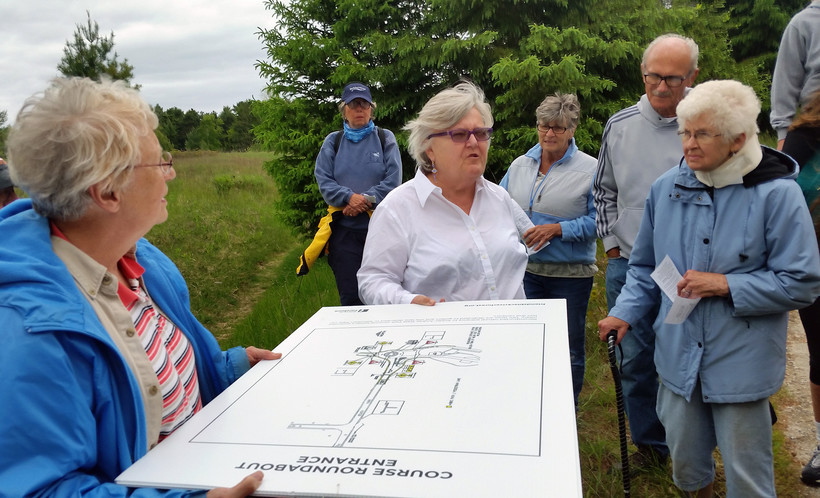 A five-day legal hearing gets underway Monday morning in Sheboygan over a state wetlands permit granted to the Kohler Company for a controversial golf course the company wants to build along Lake Michigan.

The contested case hearing will look at whether the state Department of Natural Resources made mistakes when it gave the OK to fill or disturb about 4 acres of property.

Golf course opponents known as Friends of the Black River Forest asked the DNR to allow a review of the agency's decision announced in January. In March, the DNR agreed.

Most of the golf course would be built on land that Kohler owns. But a few acres of Kohler-Andrae State Park would be used, too.

Mary Faydash, the group's president, said lose a wetland, and you lose something that filters out pollution. "And that threatens our groundwater, our aquifer, our wells, Lake Michigan, " Faydash said.

Faydash and about 40 other members of Friends of the Black River Forest gathered Sunday evening at the state park for an event that included songs, prayers, poems and testimonials for the golf course property.

Caroline Dell said the wetlands are part of an ecosystem, "That is breathing and living like all of us. And, to have half of the woods taken out and the wetlands filled in, I can't say any more," her voice choked with emotion.

"We believe the Department of Natural Resources acted in a manner consistent with state law and the administrative rules related to issuing a wetland permit for the proposed golf course project on Kohler Co. property in the City of Sheboygan. The DNR’s decision to issue a permit came after nearly three years of analysis, many public meetings, extensive public commentary, and a detailed and comprehensive environmental impact review of our project. The DNR staff put a lot of scrutiny into our wetland application, and we are pleased that the permit was approved.

"We are optimistic that with the law and facts on our side, a favorable decision will be forthcoming that reaffirms that the DNR acted properly in issuing the wetland permit for the project.

"The tangible benefits on this project include more than 220 new full time jobs, an estimated $1.1 million annually in new tax revenues, and an additional $3.6 million in associated salaries and benefits in the area.  Additionally, the construction of this world-class public golf course will have an annual $20.6 million positive economic impact to the region and further enhance Sheboygan’s growing reputation as a destination for tourists and others who want to live and work in a thriving community."

Public testimony will be allowed at the contested case hearing Friday.