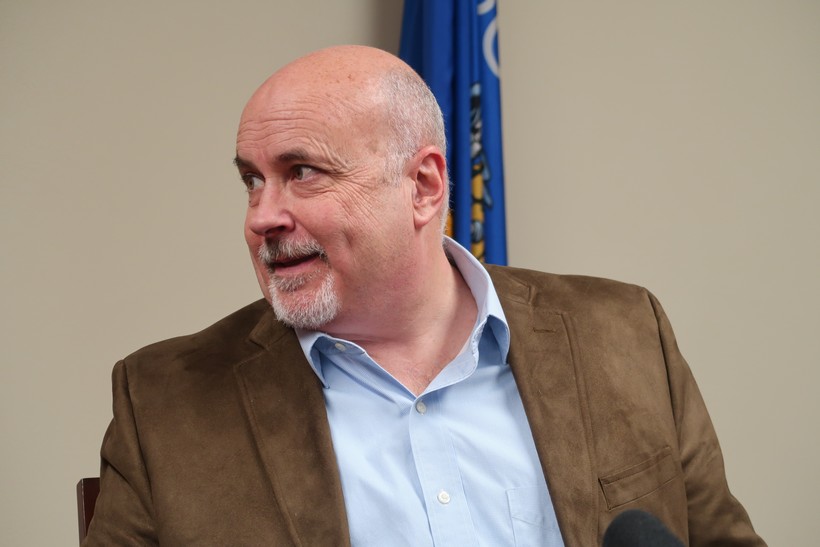 Congressman Mark Pocan Says US House Must Impeach Trump, Regardless Of Political Fallout

'We Have To Do This,' Pocan Tells Reporters
By Shawn Johnson
Share:

U.S. Rep. Mark Pocan said Monday the U.S. House of Representatives must vote on articles of impeachment against President Donald Trump regardless of whether it helps or hurts Democrats in the 2020 election.

"If we do nothing, we have set a precedent for every future president that you can do whatever you want and you won't be accountable," Pocan said. "So we have to do this. Whether it has electoral pluses or minuses has to be a secondary thought."

Pocan, a Democrat from rural Dane County, told reporters he was convinced Trump had indeed committed "high crimes and misdemeanors" when he asked the president of Ukraine to investigate former Vice President Joe Biden and his son.

He said if the U.S. Department of Justice won't charge Trump with wrongdoing, then that duty falls squarely upon Congress.

"There's just enough anomalies that I find it hard to put great weight into it, and the swing was still within the margin of error," Pocan said.

Pocan also rejected the idea that efforts to impeach Trump bear similarities to attempts by Democrats to recall former Wisconsin Gov. Scott Walker in 2012. He said Walker was recalled because of a decision he made that harmed unions.

"Scott Walker never broke the law that I remember," Pocan said. "I mean you've got a president who had a motive, there's a crime, there's a confession, there's evidence. That's quite a bit different than we ever had with Scott Walker."

Pocan said that confession was Trump's phone call with Ukraine President Volodymyr Zelensky where Trump was trying to pressure Zelensky to investigate Biden. After news of that conversation became public, Trump released a transcript of the call, saying it showed he did nothing wrong.

Pocan said he expected the House Judiciary Committee to recommend multiple articles of impeachment against Trump. He said there was no firm timeline on when the full House would vote on the articles, but he thought there was a "75 to 80 percent" chance that it will happen before the end of 2019.

Pocan was also critical of Wisconsin Republican U.S. Sen. Ron Johnson, who has taken a more prominent role in the impeachment debate in recent weeks.

Johnson has said that while he disagreed with Trump's decision to withhold hundreds of millions in U.S. aid to Ukraine, he believed that Trump made the decision because he believed that Ukraine was corrupt and that European nations were not doing their fair share to help the country.

Johnson has said he wants to investigate a theory that Ukraine may have meddled in the 2016 U.S. elections, a theory that U.S. intelligence officials have said is being pushed by Russia.

Should the U.S. Senate hold an impeachment trial, Pocan said Johnson might be called as a witness, making it hard for him to be an impartial juror at the same time.

"I just think he's in a very awkward spot," Pocan said. "And there's very few people in the Senate who are in as awkward a spot as Ron Johnson."