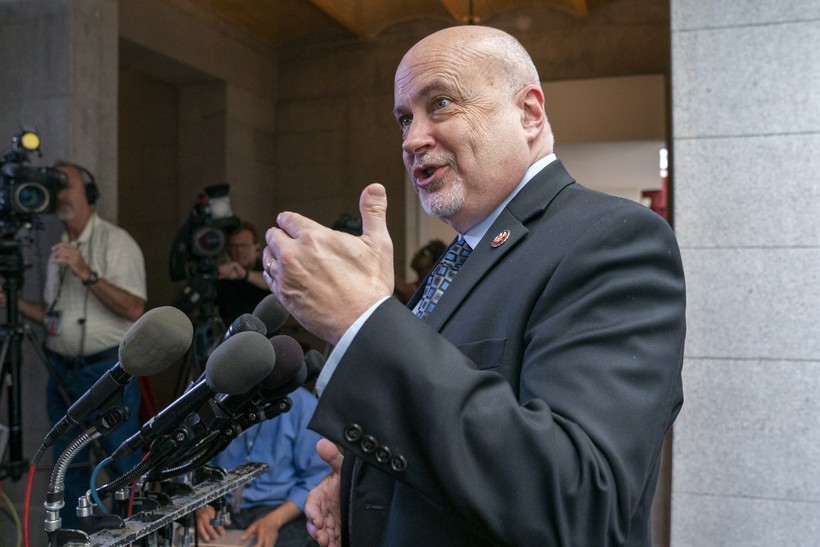 Wisconsin Congressman Mark Pocan said Monday he expects the U.S. House of Representatives to vote on impeaching President Donald Trump by the end of the year.

Speaking with reporters in his Madison office, Pocan, a Democrat, said he expects the House Judiciary Committee to vote by the end of 2019 on whether the articles of impeachment should go before the entire House of Representatives.

"We know that this is going to move very expeditiously," he said.

Though official investigations are ongoing, Pocan said he believes there is already enough evidence to impeach the president.

The congressman also criticized Wisconsin U.S. Sen. Ron Johnson for not notifying colleagues or federal authorities after learning in August about a potential quid-pro-quo between Trump and Ukrainian officials.

Johnson, a Republican, first heard of the interaction between Trump and Ukranian President Volodymyr Zelensky from U.S. Ambassador Gordon Sondland prior to a whistleblower going public with allegations of a quid-pro-quo.

"None of this passes the Wisconsin smell test," Pocan said. "I do think that Ron Johnson should have enough Wisconsin in him that that should have been a concern for him and he should have dealt with it."

Johnson initially made public statements that he "winced" upon learning of the president’s actions, but has since pivoted to a staunch defense of the president and criticism of the FBI and CIA. Johnson has said he took the matter up directly with the president, who assured him no quid-pro-quo took place.

Pocan, who was first elected to represent Wisconsin’s 2nd Congressional District in 2012, said impeachment has been a primary subject of concern at town hall events in his district.

"People are just really concerned about the president thinking he’s above the law," he said.