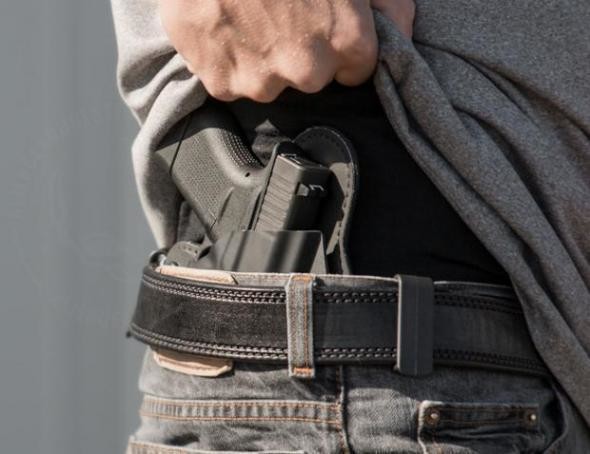 The Senate Judiciary and Public Safety Committee heard from dozens of advocates and opponents of Senate Bill 169 during a public hearing Wednesday.

Right now, anyone who carries a concealed weapon must obtain a permit and get training. Senate Bill 169 would do away with those requirements. State law allows the open carry of a weapon without a permit.

The bill's sponsors, Rep. Mary Felzkowski, R-Irma, and Sen. Dave Craig, R-Town of Vernon, argued the legislation aligned state law with the constitutional rights of law-abiding gun owners, and with a wide range of states that have enacted so-called "right to carry" laws.

"Twelve other states already allow permitless carry, in ideological ranges from relatively conservative Arizona to Bernie Sanders' own home state of Vermont, no bastion of conservatism, with no measurable ill effect," Craig said. "Why should our citizens enjoy any less rights?"

Democrats on the committee, including Sen. Fred Risser, of Madison, questioned whether removing training requirements might hurt safety. Risser also asked whether the sponsors might support a requirement that gun owners install safety locks on firearms.

"I would say responsible gun owners currently teach their children or teach that and are doing that," Felzkowski replied. "We can try to legislate responsibility, but I'm not quite sure that would be successful."

Much of the debate at the hearing on the Senate bill was over a provision to create a new permit to carry concealed weapons on school grounds, unless the school has prohibited them.

That permit would require a background check, but no training.

"Per our police chief, this law will complicated the response to an active shooter in our building," Mering said. "Under SB169, determining who is the 'bad guy' will become more difficult."

Felzkowski said school districts and private organizations could still prohibit firearms on their property and within their buildings.

"A private business owner, a school, a campus, all have the right to post and exercise their constitutional right to say, 'No, we’re not comfortable having that weapon on,'" she said. "This is about reaffirmation of rights in many different ways that we’re afforded under our Constitution."

But critics pointed out the penalties for violating a school's ban on guns would fall under state trespassing law, and would have lighter penalties than those under existing state law. Currently, violating the state's gun-free school law is a felony.

Regardless, the federal Gun-Free School Zones Act banning firearms within 1,000 feet of school grounds would remain in effect.

Dan Rossmiller of the Wisconsin School Boards Association said "the majority of my members believe that guns and children are not a good mix... I think we could address concerns of law-abiding citizens without repealing gun-free schools law entirely."

Committee chair Van Wanggaard, R-Racine, pointed toward another concern raised by the bill's supporters. "We're looking at ... an individual being able to come into a parking lot, and pick up and drop off their child or grandchild without being found guilty of a felony," he said. "That's absolutely ridiculous."

Wangaard said more than 100 people asked to speak in the packed hearing room, including many wearing the red t-shirts of the gun control group Moms Demand Action For Gun Sense In America, and members of gun rights groups such as United Sportsmen of Wisconsin and Wisconsin Firearms Owners.

Scott Meyer, a lobbyist for the National Rifle Association, told the committee the cost of training can prevent minorities from obtaining concealed carry licenses, adding that guns were one of the great equalizers for "the blacks" after emancipation.

Sen. Lena Taylor, a Milwaukee Democrat who is African-American, said that phrasing didn't help cultural diversity. "Don't say 'the blacks,'" she advised. "Don't do that."