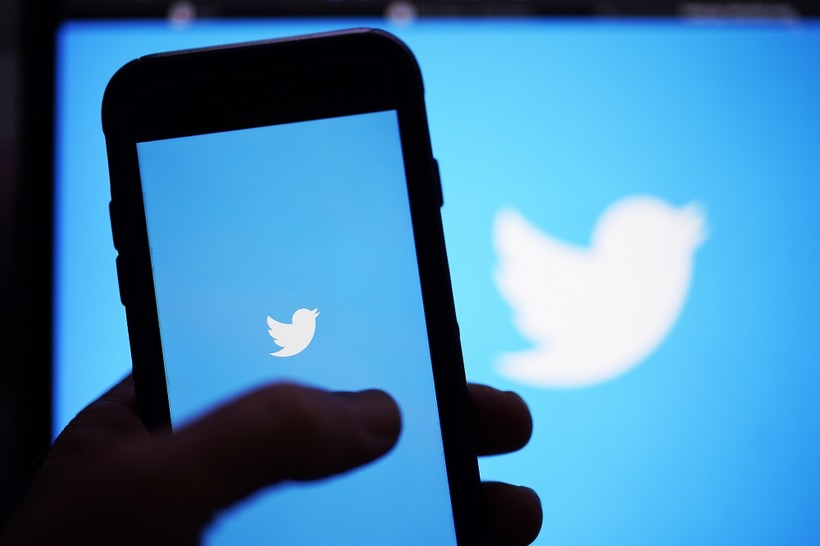 In a competitive race up north, campaigns sling shots using candidates' own words on social media

Websites seek to use candidates' own words to harm opponents
By Danielle Kaeding
Share:

Editor's note: Some of the linked Tweets in this story contain language that may be inappropriate for some audiences.

Campaigns are slinging shots at opponents using candidates' own social media posts in a competitive race for an open Assembly seat in northern Wisconsin, including deleted tweets where the Republican challenger defended the Jan. 6 insurrection.

The website Angie’s Tweets, paid for by the Assembly Democratic Campaign Committee, published tweets from a deleted Twitter account that appears to have belonged to Angie Sapik of Lake Nebagamon. Sapik is a Republican running against Democrat Laura Gapske for the open 73rd Assembly seat. Rep. Nick Milroy, D-South Range, announced his decision not to run again earlier this year.

A committee spokesperson said they were alerted to the tweets by Gapske's campaign. The posts originate from a Twitter account with the username @moosobay. That handle is one that appears to be used by Sapik on TikTok and Instagram. On Instagram, the account's profile photo shows Sapik holding a photo of her family that is a variation of a similar image on her campaign website. 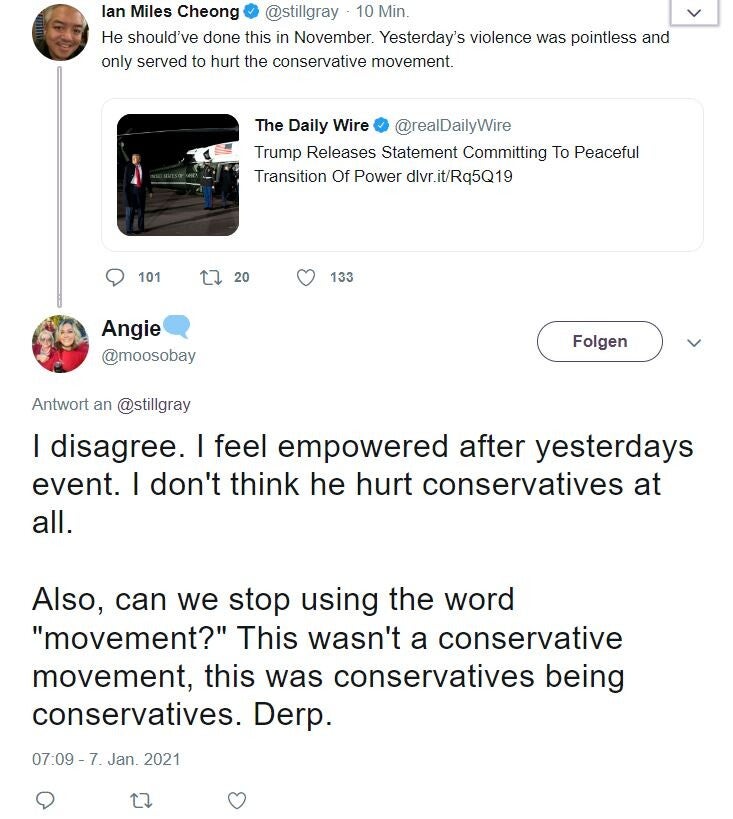 A website paid for by the Democratic Assembly Campaign Committee published past social media posts from an account that appears to have belonged to Angie Sapik, a Republican running for the 73rd Assembly district. A screenshot of an original tweet from web archives shows Sapik felt empowered by the Jan. 6 insurrection.

"While Angie Sapik now promotes herself as someone who is even-tempered and willing to work with others to get things done, AD-73 voters should know that her actions and words paint a very different picture," Rasin said in a statement.

Wisconsin Public Radio verified that tweets from the website match records on the Way Back Machine — an online site that archives screenshots from webpages. Sapik did not respond to multiple requests for comment. A spokesperson for the Republican Party of Wisconsin declined to comment on the website or tweets.

"I do not condone someone feeling empowered by attacking our law enforcement, attacking our democracy and attacking the vice president, or saying that our election process, which is something we all, as constituents and voters alike, have a right to vote to voice our opinion," Gapske told WPR. "Someone encouraging violence to stop that process is frightening."

While Democrats have taken aim at Sapik, Republicans have targeted past social media posts by Gapske. The Republican Assembly Campaign Committee paid for the website lauragapske.org, which claimed Gapske silenced and threatened political opponents. The webpage claimed Gapske supported calls for violence against people with differing political views and pushed a message that "Republicans want to kill you and they steal elections." It also posts a picture of Gapske holding a sign that reads, "Your Free Speech is Hate Speech."

Gapske rejected claims that she’s silenced or threatened her opponents, saying the website misrepresented her posts. She said only one tweet used her words while others were retweets.

Archived tweets from her account show she responded, "Go hard or go home!" to a tweet from a Twitter user who posted, "I wrote about why Dems need to thug out." The tweet saying "Republicans want to kill you and they steal elections" originated from another Twitter user. 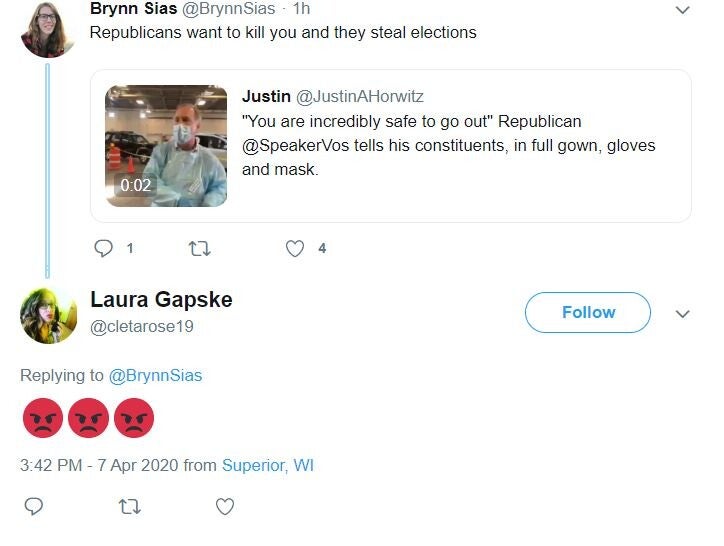 A website paid for by the Republican Assembly Campaign Committee claimed Democrat Laura Gapske, who is running for the 73rd Assembly district, was pushing the message that "Republicans want to kill you and they steal elections." A screenshot of the original tweet from April 7, 2020.

Gapske said the image of her holding a sign about hate speech was part of a protest of comments from late former Superior Mayor Bruce Hagen, who called former President Barack Obama a Muslim. Hagen later apologized for the remarks.

Gapske said she stands by the photo and her comments.

"I do believe in the First Amendment. You should have free speech, but there is a line that you cross when you are causing harm, or maybe, you know, encouraging violence towards people," she said.

WPR's attempts to reach the Republican Assembly Campaign Committee were unsuccessful. Within 24 hours of contacting the committee, the webpage removed all references to Gapske’s tweets and replaced them with content that targets her supporters' stance on fossil fuel projects in northern Wisconsin.

Anthony Chergosky, assistant professor of political science at the University of Wisconsin-La Crosse, described the websites as a new form of opposition research.

"Candidates are always motivated to try to research their opponents and to find information that could be damaging in the eyes of voters, but social media changes the ballgame," Chergosky said.

A screenshot of the website posting past tweets that appear to belong to Angie Sapik, a Republican running in the 73rd Assembly District.

While it’s nothing new, Chergosky said social media could provide an effective method of opposition research because it often provides a true window into what someone thinks. While online posts provide more fodder for campaigns, Chergosky noted people often post views to an audience who already agrees with them.

Chergosky said that can give candidates a false sense of where the broader public stands on issues. Trump, who Twitter eventually banned over the risk of inciting violence, may have emboldened some people to share their views. Chergosky said the most extreme posts tend to see the most engagement, but they can also turn off moderate voters in competitive races. The 73rd Assembly district is seen as a toss up after Milroy narrowly won reelection in 2020 by 139 votes.

Whether old social media posts will make a difference in the minds of people heading to the polls remains to be seen, Chergosky said.

"I don't think on their own voters really are going to weigh these," he said. "But, I think, if they are portrayed and packaged in the right way, candidates can capitalize on this material."

A screenshot of the website that referenced past tweets made by Laura Gapske, a Democrat running for the 73rd Assembly district.

"I think including this information or content in campaign ads that are on TV, or maybe also included in internet ads or that sort of thing, may actually kind of reach more people than what is available in terms of the discussion that's going on online specifically," Von Hagel said.

The TV ad implies around five police officers were killed during the Jan. 6 insurrection, but five officers died in the days and weeks following the incident. About 150 police officers who responded to the U.S. Capitol were injured that day.

Von Hagel doesn't think the tweets are intended to change people’s minds, noting there’s not much that may sway voters who lean toward a particular party.

"From my perspective, it seems like a mechanism or tool that Democrats will be using to, not change people's minds so to speak," Von Hagel said. "But, really, it's about getting people to turn out and to vote."