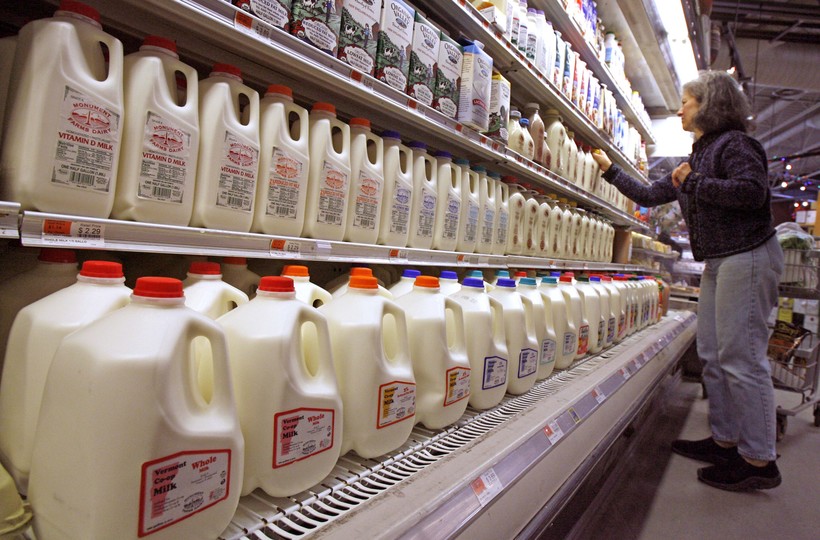 Western Wisconsin farmers weigh in on a proposal aimed at reducing the negative impacts of uncontrolled growth in dairy industry
By Hope Kirwan
Share:

In early 2018, dairy farmer Travis Klinkner thought he knew how milk supply management programs like the one in Canada worked. Klinkner is on the board of the Vernon County Farm Bureau and owns a 90-cow organic dairy farm near Genoa.

But with milk prices in their third year below profitable levels at the time, Klinkner decided to attend an event held by the Wisconsin Farmers Union that featured Canadian dairy farmers talking about their national system. 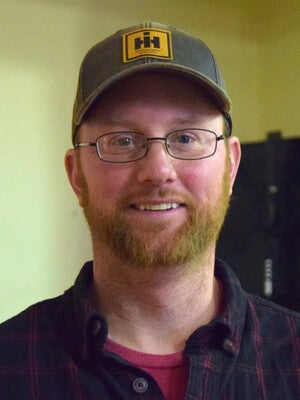 Travis Klinkner, an organic dairy producer and Wisconsin Farm Bureau member, is helping gather support from fellow farmers for a national growth management program, that would work to prevent the negative impacts of uncontrolled expansion in the dairy industry. Hope Kirwan/WPR

"The room was just packed with a lot of anxious minds, really curious about what was going on," Klinkner said of the 2018 event. "I remember myself and many of them walking out of there just being awestruck at all the things we thought the Canadian milk quota system was and it wasn't, and learning what it actually was."

It’s what inspired Klinkner to dive into the work of imagining what an American system for managing milk supply could look like and how farmers could work together to help dairy operations of all sizes be successful.

He joined the Dairy Together movement and is now one of many farmers from Wisconsin and across the U.S. who are building support for what they call the Dairy Revitalization Plan. The group includes members of both the Wisconsin Farm Bureau and the Wisconsin Farmers Union, organizations that have been on opposing sides of policy debates in the past.

The Dairy Together group held a series of meetings in western and central Wisconsin last week to tell farmers about their proposal for a growth management system and start rallying support for including it in the 2023 federal farm bill.

Instead of limiting milk production, the plan focuses on reducing the negative impacts of uncontrolled expansion and sending stronger market signals to farms about whether they should produce more milk. The group worked with researchers at the University of Wisconsin-Madison to create models for what a mandatory management program could look like and how it would affect farmers’ and consumers’ prices.

Under the growth management plan, all farms would have the same level of allowable growth each year, which would be determined based on market demand that year. If a farm wants to expand their production more than the allowable growth, the producer would pay a market access fee for that year. When demand for milk is strong, access fees would be low. But when there is already plenty of supply, fees would increase to deter further expansion. The fees paid by growing producers would be pooled and paid out to the farms that didn’t expand or that remained under the allowable growth.

Klinkner said the model is built on several previous iterations of a supply management idea, along with lessons learned from the downturn from 2015 to 2019. He said there’s still a lot of details to be worked out about how the system would operate. But he thinks it's one that producers of all sizes can accept.

"You're never going to get something that's going to benefit a small farm and a large farm at the same magnitude. But this still allows those entities to operate how they choose to operate, and move forward. And that's I think as good a compromise as we're gonna get," Klinkner said.

He said educating farmers has been the biggest challenge for the group, with many producers making assumptions about what supply management would mean for their farm or for the industry as a whole.

It’s why the group is holding meetings like the one in Cashton last Thursday to answer farmers’ questions and allow them to plug their own farm data into the model to see what their milk prices would look like.

Darin Von Ruden, Wisconsin Farmers Union vice president and organic dairy farmer from Westby, said the conversation has come a long way since the initial meetings in 2018 and more producers are willing to recognize that change is needed.

"It’s because of the persistence by the farmers themselves. When you see your neighbors disappearing at a faster rate than they're coming back in, you start to worry about that and think about 'can we continue this pace?'" Von Ruden said. "There's a lot of folks around the dairy industry that this program isn’t going to help today. But it can help their siblings, their offspring and their grandkids. And that's really why we're trying to get this implemented as soon as possible, so that those generations can have the benefit that we were not able to have." 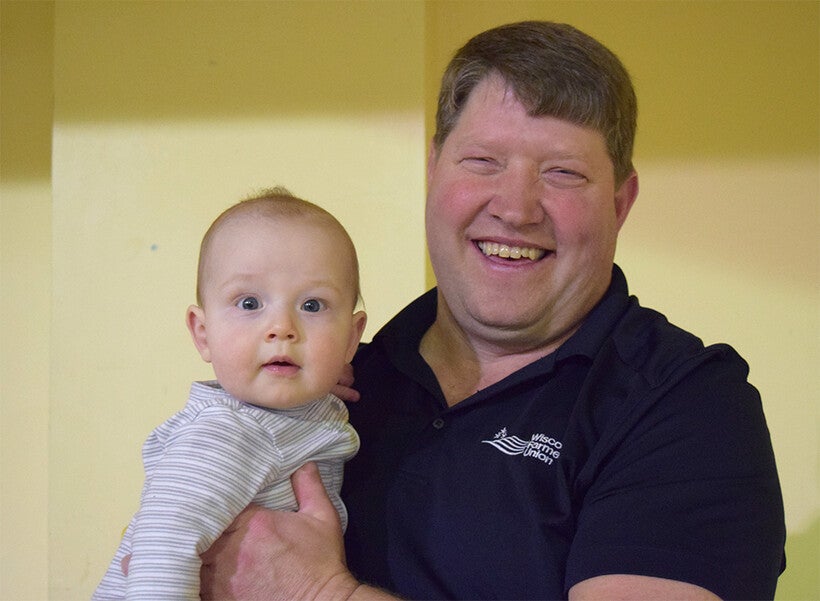 Darin Von Ruden is an organic dairy farmer and vice president of the Wisconsin Farmers Union. He attended the Dairy Together meeting in Cashton with his grandson. Hope Kirwan/WPR

Tom Olson is a third generation dairy farmer from Black River Falls. He came to the Dairy Together meeting in Cashton on Thursday thinking about the next generation of farmers and how a supply management program would need to be designed to help new farmers get started.

"Sixty-two to 65 right now is the average age of the dairy farmer. So how much longer can this go? And to get the next generation into it is about impossible with the amount of capital that it takes to get into farming today," Olson said.

He thinks most farmers recognize that some kind of supply management is needed. But he’s wary of having the federal government implement a program.

Patrick Rodriguez, a dairy farmer from the Viroqua area, said he supports the idea of a national supply management system.

"I pray to God that we’ll organize and start to do the right thing, and just start trying to have more of a disciplined approach to how we produce milk instead of just dumping it on the market and hoping for the best," Rodriguez said before the Cashton meeting.

But during the meeting, Rodriguez voiced his frustration that the growth management system doesn’t go far enough to prevent continued oversupply.

Donald Ley owns a 140-cow dairy farm near Dodgeville. He’s skeptical about a supply management system actually getting implemented in the U.S. but said there’s no doubt it’s needed. 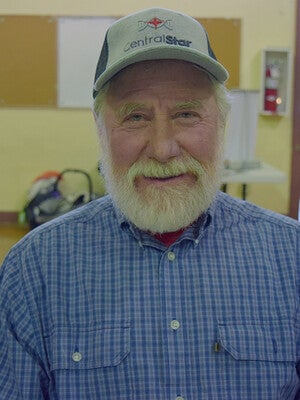 Dairy Farmer Donald Ley from Dodgeville said he was glad to see producers from different organizations and sides of the political aisle working together at the meeting in Cashton. Hope Kirwan/WPR

"It's what we need to have happen in order to keep these farmers on the farms. They have to realize that cheap food isn't the answer, farmers have to get paid. And if we don't get paid, we're not there. If we're not there, the rest of the whole community closes down," Ley said.

He said showing farmers how a management system will benefit them will be key to winning over more producers. And he’s grateful the current effort has sparked unity among the state’s farmers.

"I'm just really glad that we've come together as a cooperative, together with the different farm organizations to get to where we need to go for the dairy industry to move forward," said Ley, who is a member of both the Wisconsin Farm Bureau and Wisconsin Farmers Union. "There's a little bit of a draw, someone wants this and the other wants that, and we need to cooperate and come together."