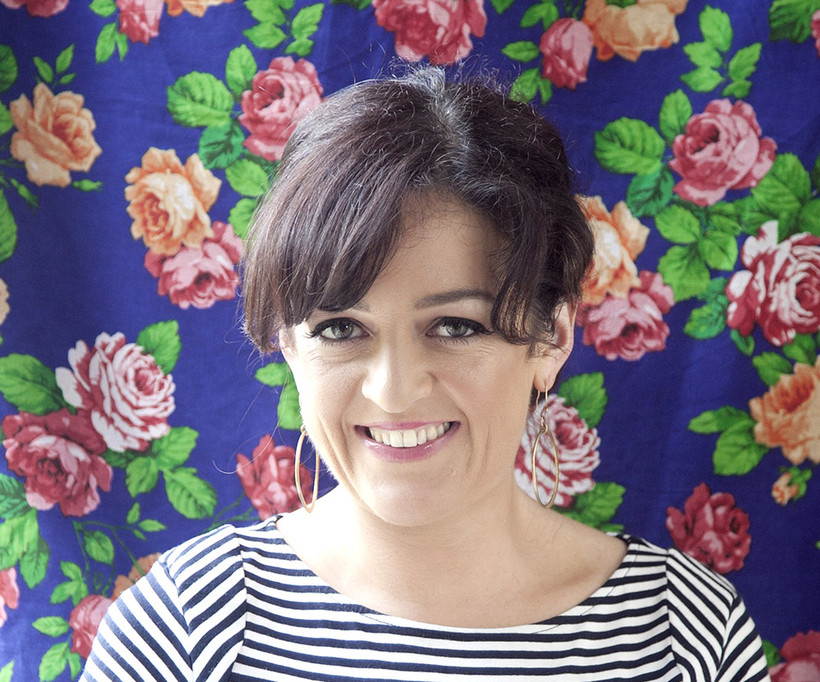 Comedian Maeve Higgins On Her Journey To America

Irish comedian Maeve Higgins always dreamed of coming to America, settling in the Big Apple and becoming a famous writer.

"I think I was drawn to come to New York, which is still a big comedy center, and I had a romantic idea of being a writer in New York City," Higgins told WPR’s "BETA."

At age 31, she began to find her options in Ireland a bit limited. So, riding the success of her Irish television program, "Fancy Vittles" and a best-selling memoir, Higgins made her move.

"I really moved for the same reasons a lot of immigrants leave, which is opportunity and adventure," she said.

Higgins has captured that adventure and her musings on living in the United States in her book of essays, "Maeve In America: Essays by a Girl from Somewhere Else." That title also doubles as the show title for the podcast she launched, "Maeve In America: Immigration IRL," after arriving here.

At first, Higgins balked at the idea of doing a podcast, which she felt was just another box every comedian had to check.

"I certainly had offers before. I never wanted to do one that was just like comedians talking about how they got started in comedy or whatever. I think that ground’s well-trodden," Higgins said.

So, she pivoted to something a little more familiar. "Maeve In America" focuses on the immigration experience in the U.S. with each episode featuring a different personal journey.

"From a storytelling point of view, if you leave one place and start a whole new life in another country, then instantly there’s a story there," Higgins said.

Higgins felt a certain camaraderie with her guests, because their path so clearly reflected her own.

"When I first moved here, I was really drawn to other immigrants because when you’re new in a place and you’re trying to find your feet, the other new people, they’re a great comfort to you," Higgins said.

While the reality of New York City is of a cross-cultural melting pot, the depiction of it in the media that Maeve soaked up back in Ireland was not so.

"Forty-five percent of New Yorkers are born in a different country, but I don’t hear them," Higgins said. "I only hear American voices on a lot of media like podcasts and TV and radio. So I thought it’d be cool to have a platform where immigrants got to tell their own story."

Her sharp observational instincts, necessary for her career as a comedian, serve her well as a host. Higgins shows a remarkable ability to pull out poignant stories from her guests. She credits that to what she sees as a dying skillset — small talk.

"What I love to do — and I’m sure it’s probably from being Irish — is to wander around in conversation and not be so direct," she said. "You get to know (people) in more subtle ways."

She witnesses or is a part of too many conversations today that revolve around what you do, who you know, but not who you are.

"These kind of direct questions that I feel are designed to put me onto whichever shelf I belong on, status-wise or work-wise," Higgins said. "(New York) can be quite transactional. Interactions with people are like, 'Are you important or not?'"

That categorization can surface in the immigration process as well and can ultimately be just as limiting.

"It made me question how come I’m allowed to be here and there’s an astrophysicist sitting in a refugee camp in Jordan who’s not allowed to be here," Higgins said. "It also made me think about how we categorize people."

Higgins — who is in the U.S. under an "individuals of extraordinary ability" classification — said that ironically the longer she stays in the U.S., the more it mystifies her. She hopes that being an outsider can offer her a unique perspective and voice.

"It’s useful to be on the outside looking in, I think," she said. "It certainly helps me to understand the place a little bit more — both here and back in Ireland — when you have that distance. I feel like I can see Ireland more clearly from here, too. It’s made me a bit of an outsider in Ireland where I grew up and spent most of my adult life."

In her typical fashion, Higgins jokes about her mixed feelings about being an outsider in two countries: "I have that Irish ability to always be like melancholy and happy at the same time."

Maeve in America: Essays by a Girl from Somewhere Else

Maeve in America: Essays by a Girl from Somewhere Else